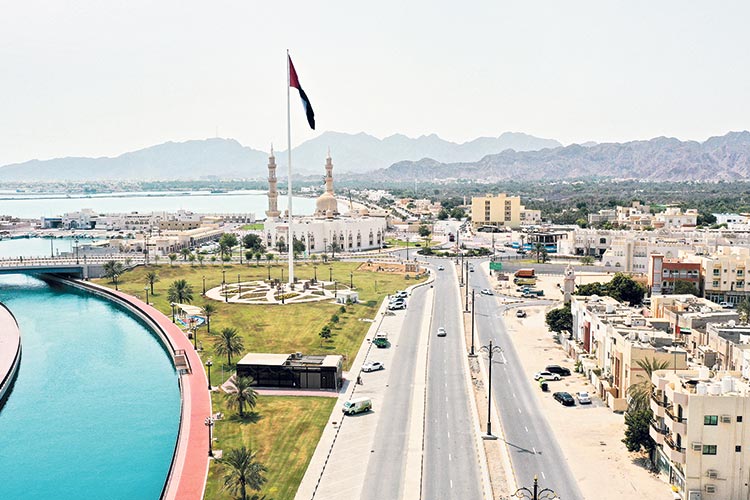 The Sharjah Roads and Transport Authority (SRTA) has completed the second phase of the expansion works of the Corniche Road in Dibba Al Hisn at cost of Dhs17.7 million.

The road has been fully opened for traffic.  Eng. Yousef Saleh Al Suwaiji, Chairman of the SRTA, stated that the city of Dibba Al Hisn is witnessing an unprecedented urban and service development thanks to the support and directives of His Highness the Ruler of Sharjah, especially since the cities of the Eastern Region have become a distinctive tourist and investment destination.

He added, those areas have enjoyed package of development and construction projects in line with insightful vision and his unlimited support of His Highness for projects that meet aspirations of the community and provide them with a luxury of living.

He also indicated that the SRTA follows a development plan to strengthen and support the infrastructure in the region, which is considered basis for advancing the economic and urban development in Sharjah.

For her part, Eng. Fatima Al Ketbi, Director of Projects Department at the SRTA, explained that the project includes the completion of the expansion works of the Corniche Road in Dibba Al Hisn, which extends from the square on Al Aqd Al-Fareed Street to the border area with Oman.

His Highness Dr. Sheikh Sultan Bin Mohammed Al Qasimi, Supreme Council Member and Ruler of Sharjah, has instructed the authorities concerned to carry out a project to beautify the façades of 43 buildings overlooking the cornice of Dibba Al Hisn beach.