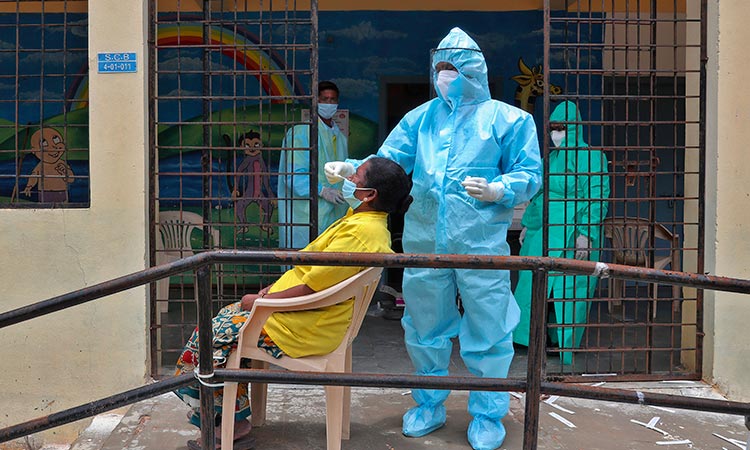 A health worker takes a nasal swab sample to test for COVID-19 in Hyderabad, India, on Saturday. Mahesh Kumar A./AP

India’s coronavirus caseload topped 3 million on Sunday, with the country leading the world in new infections as the disease marched through impoverished rural areas in the north and the wealthier but older populations of the south.

Health authorities reported 10,339 new cases and 912 deaths, bringing the total to 3,044,940. The number of new infections reported Sunday marked a sharp decline from the previous 18 days, when India had reported more than 60,000 cases daily.

Failure to reopen schools not an option, Boris Johnson

Cases have leveled off in India’s two largest cities, with serological surveys showing widespread prevalence among the residents of the capital, New Delhi, and financial center Mumbai.

New hot spots continue to feed surges in cases in rural areas of Uttar Pradesh and Bihar states in India's north, and in the southern states of Telangana, Karnataka, Tamil Nadu and Andhra Pradesh. 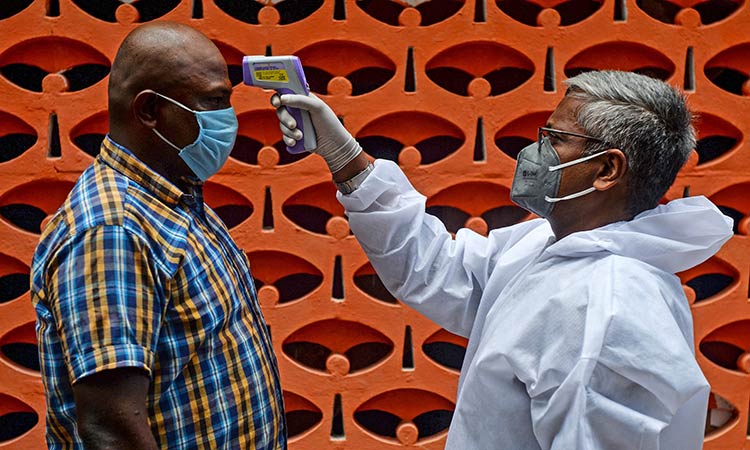 A doctor (right) checks the body temperature of a man in Chennai. File/AFP

India has the third-highest caseload after the United States and Brazil, and its 56,706 fatalities are the fourth-highest in the world.

India's first cases were reported in the southern state of Kerala in late January. They were three university students who had been studying in the disease epicenter of Wuhan, China. But community transmission took hold in cities thousands of miles (kilometres) to the north, with the financial center of Mumbai reporting huge spikes in late spring followed by New Delhi, the capital, in early summer.

The rise in new infections has since leveled off in India's two largest cities, with serological surveys showing widespread prevalence among populations.

In New Delhi, a recent government study of 15,000 volunteers showed 29% had antibodies for the coronavirus, although the city of 11 million has only 150,000 confirmed cases, suggesting many undetected infections. 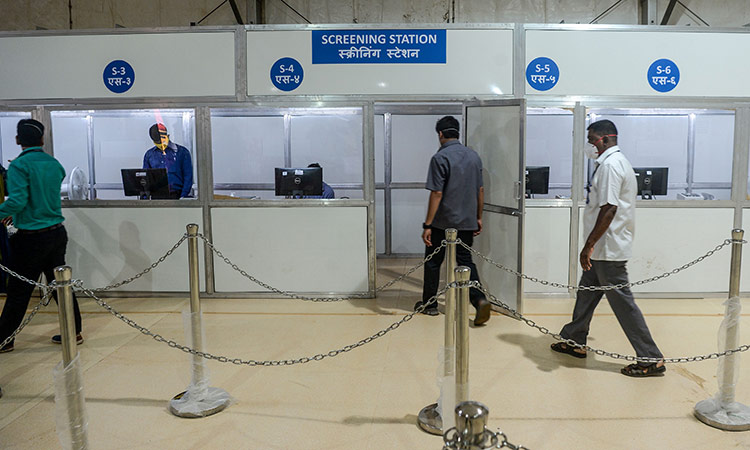 Hospital staff walk inside a temporary facility to screen patients for COVID-19 in Mumbai. File/AFP

Dr Ullas Kolthur Seetharam, a biologist in Mumbai, conducted a survey across the city of 12.4 million in July that found more than half of the the people tested in slums had antibodies compared to 16% of those tested in organized residential neighborhoods.

The survey suggested that shared toilets, high population density and lack of physical distancing contributed to the spread.

"Any change in the demography will change the prevalence of the virus,” Seetharam said.