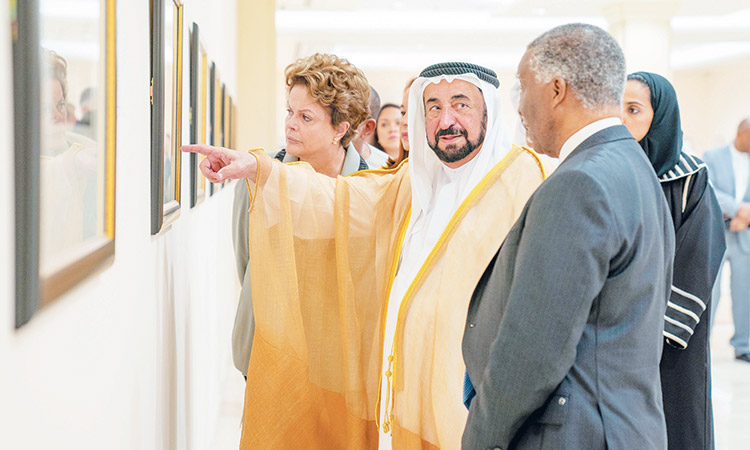 His Highness Dr Sheikh Sultan Bin Mohammed Al Qasimi, Supreme Council Member and Ruler of Sharjah, stressed that the Emirate of Sharjah will continue its support to refugees and needy in any place around the world, whether directly or through its international partners.

His words came during a virtual event held to honour the winner of the fourth annual edition of the Sharjah International Award for Refugee Advocacy and Support (SIARA) 2020.

Tumaini Letu, a non-profit organisation based at the Dzaleka Refugee Camp in Malawi, Africa, and founded by refugee poet and artist Trésor Nzengu Mpauni was announced as the winner of the Dhs500,000 award at the 4th edition of SIARA.

The organisation’s flagship programme, the annual Tumaini Festival, is an art and culture event that has attracted 99,000 attendees and united 304 groups of artists from 18 different countries over the past six years while also generating around $150,000 per year.

At the virtual address broadcast live on The Big Heart Foundation’s social media platforms, Sheikh Sultan said, "Even as wars and violence continue to displace more people every day, our duty is to decrease the impact of wars through actions that benefit innocent victims."

The Sharjah Ruler said initiatives such as SIARA help in "minimising the effects of wars, especially feelings of injustice, persecution and hatred."

Pledging his commitment to continue to support and assist refugees, Sheikh Sultan thanked TBHF for improving the lives of millions of displaced persons worldwide. The Sharjah Ruler also commended the noble efforts of his wife, Her Highness Sheikha Jawaher Bint Mohammed Al Qasimi, Chairperson of TBHF and UNHCR Eminent Advocate for Refugee Children, "for leaving a sustainable impact wherever she visited, and planting the seeds of hope, awareness and love."

In his message, Sheikh Sultan described Sharjah as the emirate that "chose to stand by the victims of conflicts, wars, disasters, poverty, and the weak whose rights are violated."

Established in 2017, the SIARA honours humanitarian outfits across Asia, the Middle East and Africa and draws global attention to their outstanding efforts and initiatives in improving lives of refugee communities.

United Nations High Commissioner for Refugees, UNHCR, Filippo Grandi, spoke at the ceremony, and asserted SIARA is a "pioneering initiative that draws global attention to the plight of 80 million people uprooted around the world and honours those who are helping transform the response to the refugee crisis."

Lauding the efforts of Sheikha Jawaher in driving humanitarian efforts in support of those displaced and thanking TBHF for providing essential life-saving support to more than 1 million people including Iraqi, Rohingya, South Sudanese and Syrian refugees, Grandi emphasised that conflict and displacement continue to peril the precarious lives of refugees even during the outbreak of a global health crisis.

"As the world works together to respond to the pandemic, we can draw inspiration from refugees for their unshaken resilience, their desire to contribute and their resolve to improve their own and the lives of others," said Grandi, as he congratulated Tumaini Letu, the winner of the 2020 edition of SIARA.

He said, "Tumaini Letu is an organisation founded by a refugee that has demonstrated remarkable commitment and creativity in pursuing cultural development, refugee empowerment and devotion to vulnerable populations in Malawi."

Speaking at the event, Mariam Al Hammadi, Director of TBHF, drew attention to the plight of refugees worldwide who, along with their basic human rights, have lost their sense of safety and security and have had to abandon all hopes of joy and peace.

She said, "There is an entire generation of refugee and displaced children who have not seen anything but harsh and dire conditions throughout their young lives. We must ask ourselves what future awaits them if there are no institutions keen to compensate them psychologically, morally and emotionally."

Reaffirming the role and goals of SIARA in recognising exceptional role models for entities and individuals engaged in humanitarian work, Mariam Al Hammadi congratulated the efforts of Tumaini Letu "in transforming refugee camps into living societies where its inhabitants can exercise their rights to live and regain what has been lost on intellectual and emotional levels in the Republic of Malawi."

She highlighted the “The Tumaini Festival,” an annual event hosted by Tumaini Letu that attracts more than 50,000 visitors annually and transforms the Dzaleka refugee camp into a creative platform that helps promote the psychosocial wellbeing of its displaced populations through opportunities for creative expression and entertainment.

Delivering an emotional acceptance speech, Trésor Nzengu Mpauni said, "I am receiving this award at a time when humanity and solidarity are needed more than ever before; a time when we are all shaken by a pandemic and still uncertain of what the future will look like."

"At this very moment, 1 per cent of the global population is forcibly displaced due to war and persecution, living in dangerous conditions, and exposed to a possible death. I am accepting this award on their behalf because I am one of them," said Nzengu, who is originally from the Democratic Republic of Congo.

Thanking the Ruler of Sharjah, his wife Sheikha Jawaher and TBHF for its remarkable efforts in refugee advocacy, Trésor Nzengu continued, "The SIARA award is a motivation for the entire refugee community in Malawi, especially to young people who have big dreams and so much potential. This award is a seed of growth that will strengthen our team and inspire us to implement more innovative programmes to transform refugee lives and bring benefits to our host country." 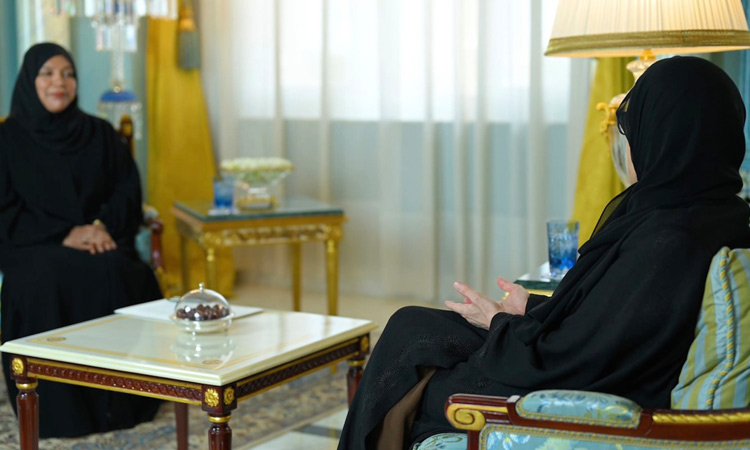 "Our" Forum brought together the workforce of 33 entities in four community sectors that work towards developing the talents and capabilities of children and youth, elevating the community, offering family counselling and creating a secure environment that supports women... 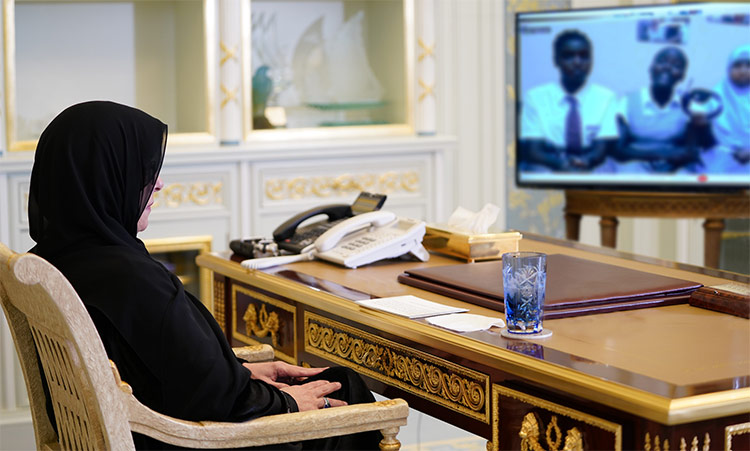 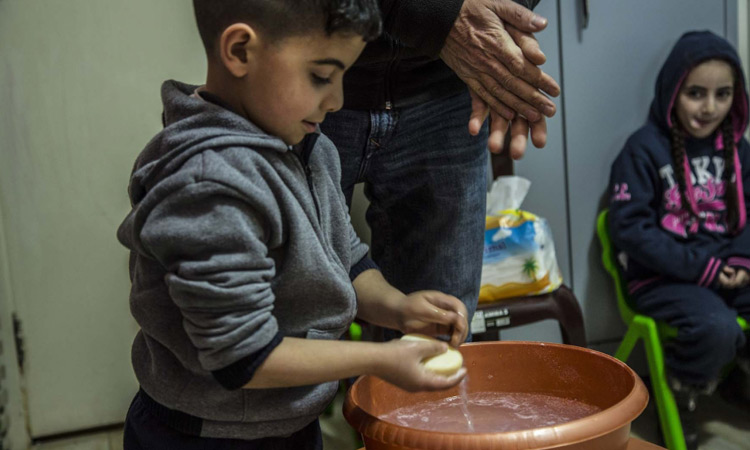 Sheikha Jawaher said: "Time is of the essence, and a lot can be done in the context of prevention and blocking the path of the virus’ spread through rapid and effective response especially in crowded and ill-equipped refugee settlements."