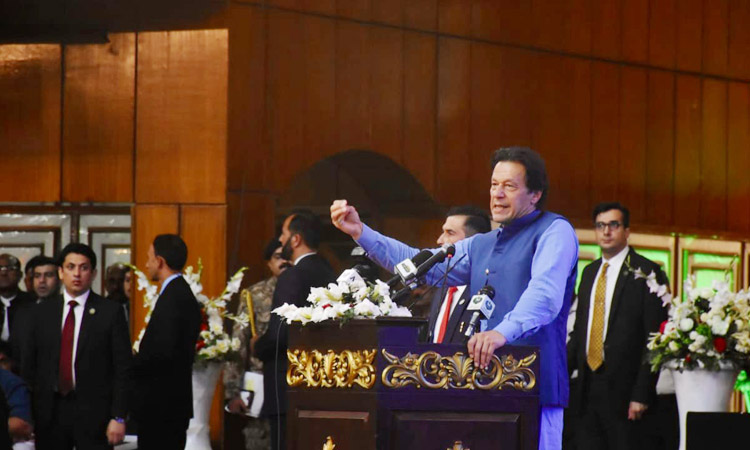 Prime Minister Imran Khan told the nation on Friday that the past two years were difficult, but things were now improving.

The prime minister said the economy has improved, and the stock market trends indicate the confidence of investors and business community in the economy. He attributed the improvement in the economy to the boom in the construction sector, which led to jobs and wealth creation. 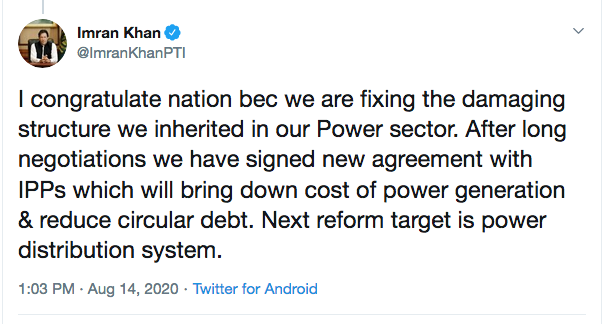 "Thanks God, our revenue starts increasing. Despite coronavirus, our tax collection in July is above the set target. I am looking even better situation ahead,” the prime minister said.

"Despite the pandemic, our tax collection in June exceeded our targets," he said. Exports have gone up, despite the coronavirus crisis that has wreaked havoc on global economy.

Imran congratulated the nation for coming together and fighting against the coronavirus. "Hardly any other nation was able to successfully balance between economy and the virus. The number of confirmed coronavirus cases has reduced and economy has started an upward journey as well.” 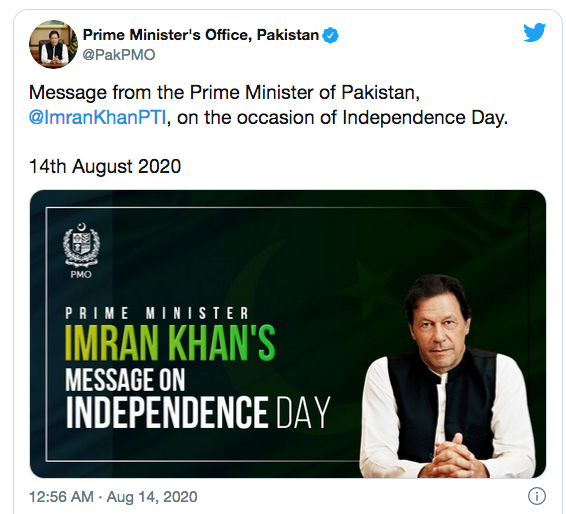 The prime minister said this does not mean "we have won this battle.” He urged people to continue taking precautions, the most important and basic of which is to wear a mask while leaving the house.

Imran said that the government has reached an agreement with independent power producers (IPPs), which would lead to a reduction in the cost of electricity production, thus reducing tariffs.

He said that Pakistan's industries could not compete with other nations of the subcontinent like India and Bangladesh as the cost of production in the two countries was low due to cheap electricity. Pakistan, meanwhile, is facing a huge circular debt because the tariffs were less than the cost of generating electricity, which was high. 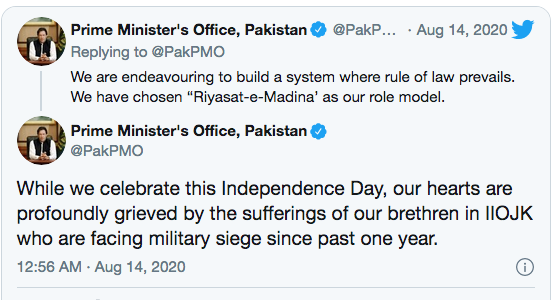 The premier announced that a reform package will also be introduced in the coming days in order to improve the distribution network in the country by reducing line losses and curbing power theft.

Imran said that Pakistan was "a glorious dream" of an Islamic welfare state where law was supreme and everyone had equal rights regardless of their race, caste or religious beliefs. Hard work and determination was needed to realise this dream, the premier said, adding that the government was now working towards achieving the vision of the forefathers.

He also expressed solidarity with the people of Indian-occupied Kashmir and pledged that Pakistan would continue to extend diplomatic and moral support to the Kashmiris' struggle for their right to self-determination. The prime minister assured the IoK residents that Pakistan will continue to raise the Kashmir issue on all forums and will also pray for the residents of the occupied territory.

The first phase of Islamabad's inaugural public fruit garden has been completed after 200 saplings were planted on a greenbelt adjoining a major road in the Pakistani capital, the media reported on Friday.

In a separate development, Islamabad Metropolitan Corporation (IMC) Mayor Sheikh Anser Aziz, after planting a sapling to inaugurate the fruit garden, said that the cooperation of civil society organisations and philanthropists was critical for coming up with initiatives to make the capital clean and green, The Express Tribune reported.

Senator Sitara Ayaz, the chairperson of the Senate Standing Committee on Climate Change, said protecting existing trees was as important as the planting of new trees, especially in the cities.

Citizens and communities will play their role in both, she said.

The Imran Khan government has launched an ambitious project to plant 10 billion trees across the country.

In the past two years, it has planted 30 million trees while new nurseries were working at top speed to increase the number to one billion by June next year. 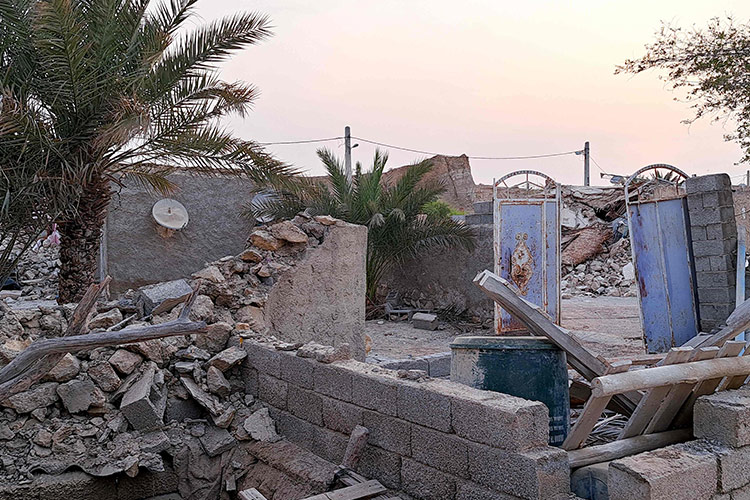