Israel agrees to stop annexation of Palestinian lands after historic talks with UAE, US - GulfToday 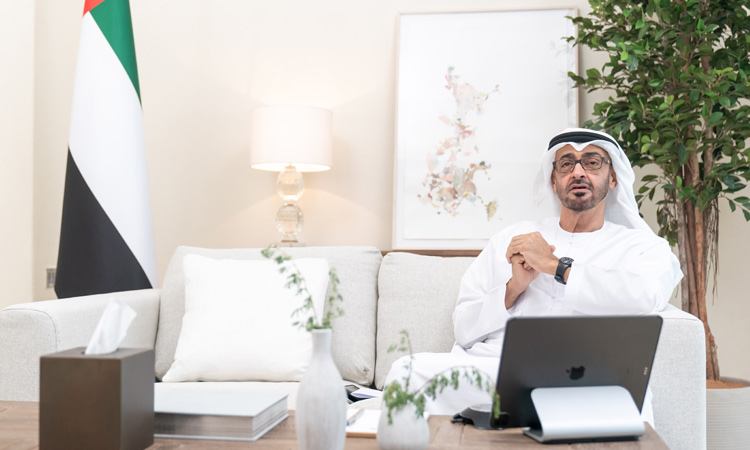 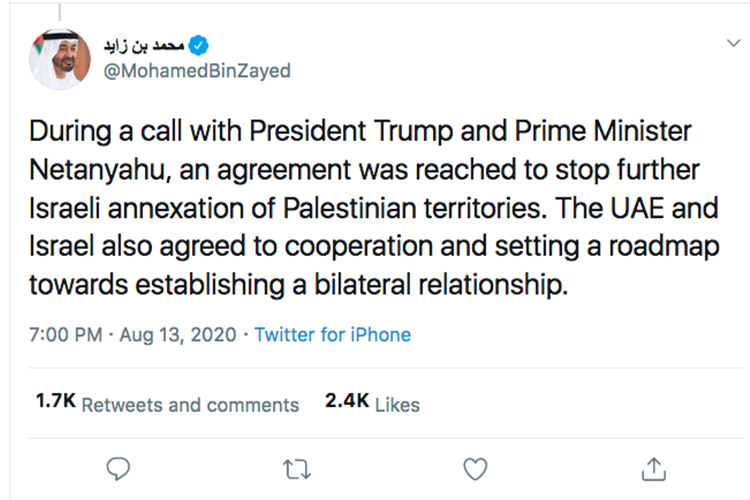 The agreement, first announced by President Trump on Twitter, will see Israel halt its plan to annex large parts of the occupied West Bank, according to the UAE.

Israeli Prime Minister Benjamin Netanyahu said it was a "historic day" in response to Trump's tweets about the deal.

This historic diplomatic breakthrough will advance peace in the Middle East region and is a testament to the bold diplomacy and vision of the three leaders and the courage of the United Arab Emirates and Israel to chart a new path that will unlock the great potential in the region. All three countries face many common challenges and will mutually benefit from today’s historic achievement. 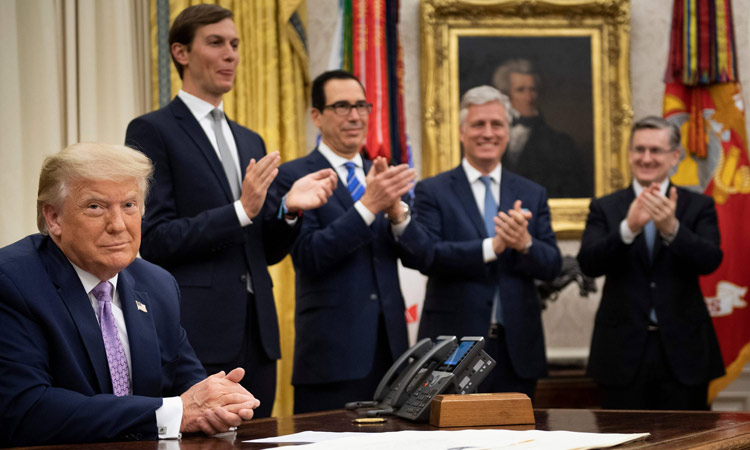 Jared Kushner, Steven Mnuchin and Robert O'Brien clap for Donald Trump after he announced an agreement between UAE and Israel in Washington. AFP

Delegations from Israel and the United Arab Emirates will meet in the coming weeks to sign bilateral agreements regarding investment, tourism, direct flights, security, telecommunications, technology, energy, healthcare, culture, the environment, the establishment of reciprocal embassies, and other areas of mutual benefit. Opening direct ties between two of the Middle East's most dynamic societies and advanced economies will transform the region by spurring economic growth, enhancing technological innovation, and forging closer people-to-people relations.