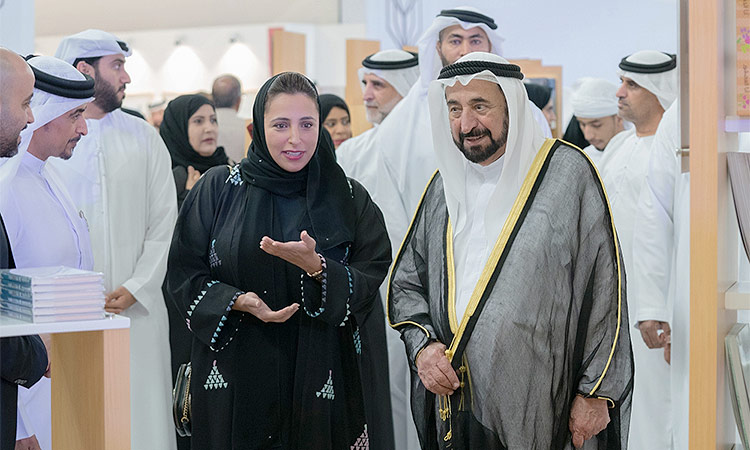 His Highness Dr Sheikh Sultan Bin Mohammed Al Qasimi, Supreme Council Member and Ruler of Sharjah, called on Arab countries to stand up and support the Lebanese people in their ordeal so they are not left as other countries were, pointing out that Arabs can heal their wounds with their own hands and that Lebanon was and is still part of the Arab nation and not absent from it. 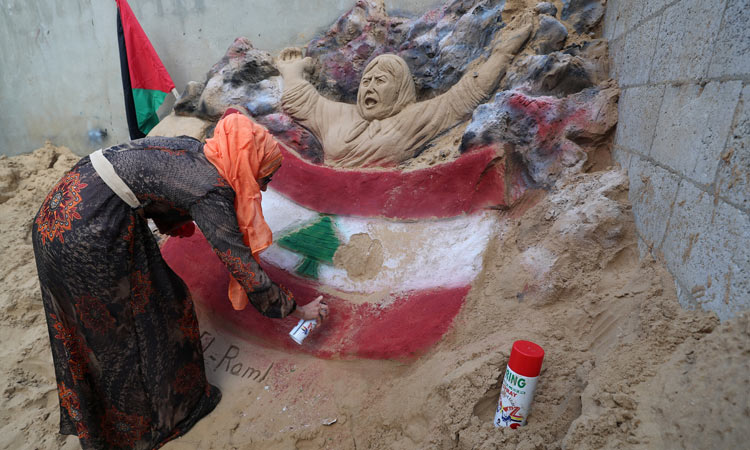 Rana El-Ramlawi, a Palestinian artist, paints the colours of the Lebanese flag on a sand sculpture to show solidarity with the Lebanese people in Gaza. Reuters

“I thank Her Highness Sheikha Jawaher Bint Mohammed Al Qasimi, Chairperson of The Big Heart Foundation and Eminent Advocate for Refugee Children at UNHCR, for her leading efforts in garnering overwhelming support for our brothers and sisters in Lebanon. I pay tribute to the precious lives lost to this tragedy and wish those who were hurt a speedy recovery,” His Highness continued.

In a passionate plea made on Tuesday, at the launch of “Salam Beirut,” an emergency aid and relief campaign from Sharjah, Sheikha Jawaher Bint Mohammed Al Qasimi, wife of the Ruler of Sharjah, and Chairperson of TBHF and Eminent Advocate for Refugee Children at UNHCR, had called upon individuals and organisations in the UAE and around the world to stand in solidarity with Lebanon and to extend their moral and humanitarian support to the victims of the Beirut port blast.

"We are rooting for you Lebanon. We will never abandon you," Sheikh Sultan asserted.

His Highness concluded the address with the message: "I hope whoever hears my words will support, even if it is with the word. We need to feel that we can heal each other’s wounds, support each other. I wish all of you success until we meet at the celebration that will mark Lebanon’s freedom. That day will come. "

Following the launch of the ‘Salam Beirut’ campaign, Sharjah Broadcasting Authority (SBA) announced the unification of broadcasting on all its channels and radio stations on Wednesday, August 12, through the live The Direct Line (Al Khat Al Mubasher) show in support of the efforts to help those affected by the disaster. Accordingly, this popular platform devoted its broadcast hours from 1.30pm to 3pm exclusively to raise funds for this noble initiative.

Renowned personalities and leaders of the Arab world came on air expressing their grief at the disaster and urged their fellow compatriots to lend a helping hand to the ‘Salam Beirut’ campaign, prompting an outpouring of compassion as people phoned in or texted to donate their contributions.

Fouad Chehab Nabih Dandan, Lebanese Ambassador to the UAE, extended the gratitude of Lebanon’s citizens and residents to Sheikha Jawaher Al Qasimi for quickly responding to the situation with the ‘Salam Beirut’ aid and relief campaign.

In an unprecedented show of support, UAE residents and organisations came forward to donate amounts ranging from Dhs5,000 to Dhs6 million during the 90-minute The Direct Line programme broadcast from Sharjah.