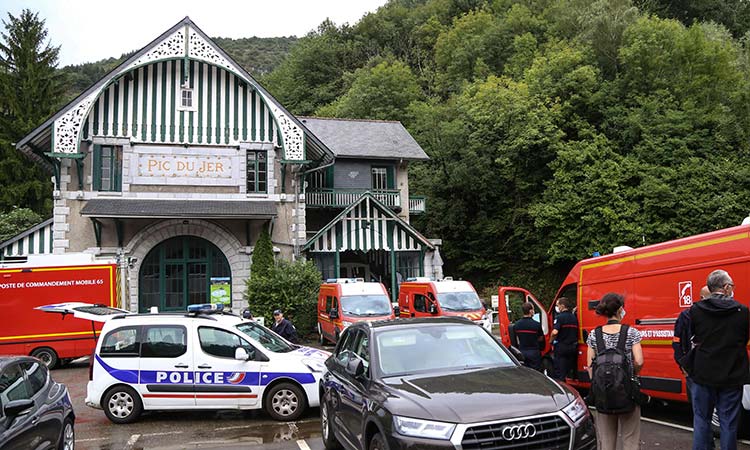 Dozens of people were treated in hospital for minor injuries overnight after false rumours of a shooting unleashed panic on the main promenade of the French Riviera town of Cannes, officials and rescuers said Tuesday.

The emergency services counted 44 injured at 4am (0200 GMT), some brought to hospital by ambulance and others who made their own way there.

All the injuries were minor, mainly to the lower leg, a rescuer said, as holiday-makers and diners ran into one another in a frenzied scramble to escape a threat that never existed.

Almost 100 emergency service personnel were deployed to the Croisette promenade to deal with the aftermath of the mass panic that hit the glitzy resort town best known for hosting the Cannes Film Festival.

Amateur videos of the crush posted online show people ducking under dining tables and running fearfully in all directions on the seafront promenade, lined with luxury boutiques, which annually rolls out the red carpet for the world's movie stars.

"There were no gunshots in Cannes," mayor David Lisnard tweeted around midnight, but rather an outbreak of "collective panic after an individual shouted 'gunshot'."

He added later that the panicked reaction "says a lot about the level of tension in our society."

The local authority of the Alpes-Maritime region that includes Cannes and Nice tweeted in the early hours there had been "no shooting nor gunfire. It is a panic. DON'T SPREAD FALSE RUMOURS!".

France has been the target of several terror attacks since 2015, including a man ramming a truck into a crowd in Nice on the July 14 national holiday in 2016, killing 86 people.