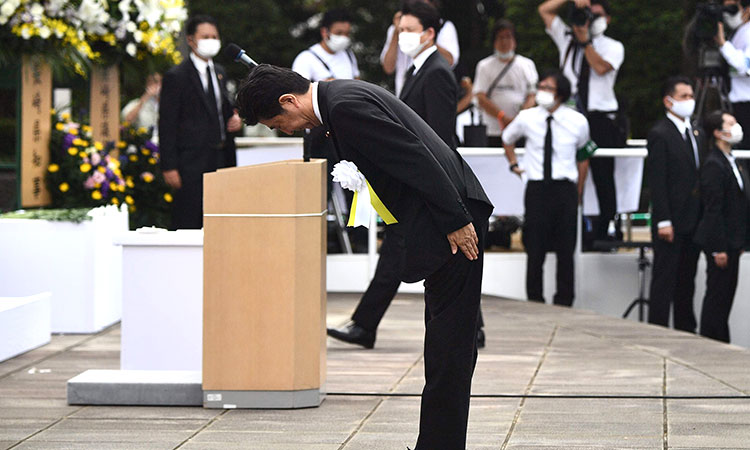 Japanese Prime Minister Shinzo Abe pays his respects during a ceremony marking the 75th anniversary of the atomic bombing of Nagasaki, at the Nagasaki Peace Park on Sunday. AFP

The Japanese city of Nagasaki on Sunday commemorated the 75th anniversary of its destruction by a US atomic bomb, with its mayor and the head of the United Nations warning against a nuclear arms race.

Nagasaki was flattened in an atomic inferno three days after Hiroshima — twin nuclear attacks that rang in the nuclear age and gave Japan the bleak distinction of being the only country to be struck by atomic weapons.

Survivors, their relatives and a handful of foreign dignitaries attended a remembrance ceremony in Nagasaki where they called for world peace.

Participants offered a silent prayer at 11:02 am (0402 GMT), the time the second and last nuclear weapon used in wartime was dropped over the city. 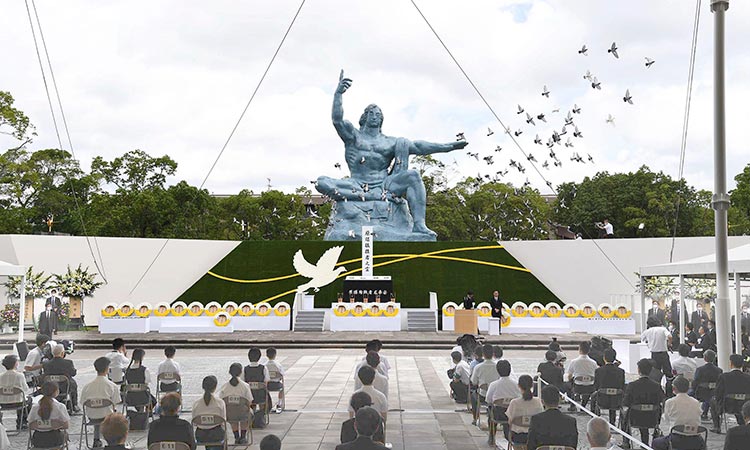 Doves fly over the Statue of Peace during a ceremony at Nagasaki Peace Park in Nagasaki, Japan, on Sunday. AP

"The true horror of nuclear weapons has not yet been adequately conveyed to the world at large" despite decades of effort by survivors telling of their "hellish experience", Nagasaki mayor Tomihisa Taue said in a speech afterwards.

"If, as with the novel coronavirus — which we did not fear until it began to spread among our immediate surroundings — humanity does not become aware of the threat of nuclear weapons until they are used again, we will find ourselves in an irrevocable predicament."

UN Secretary General Antonio Guterres, in a message read by his undersecretary Izumi Nakamitsu, warned that "the prospect of nuclear weapons being used intentionally, by accident or miscalculation, is dangerously high".

"The historic progress in nuclear disarmament is in jeopardy... This alarming trend must be reversed," he said.

The number of participants in this year's ceremony was reduced to roughly one tenth the figure in previous years due to coronavirus fears, with proceedings broadcast live online in Japanese and English. 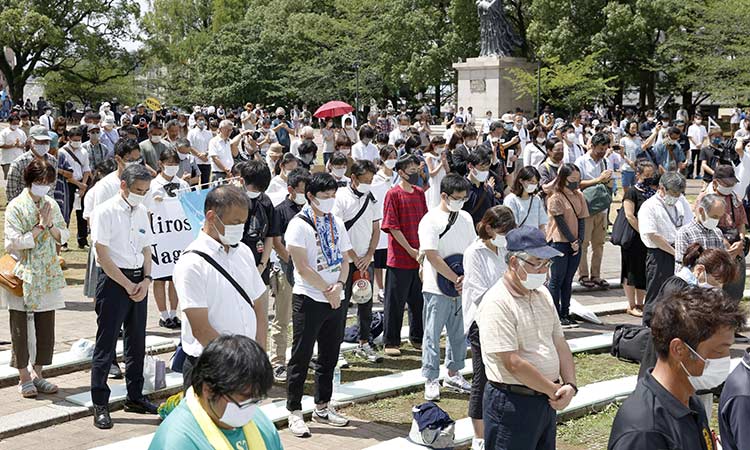 People offer a silent prayers for the victims of the 1945 atomic bombing in Nagasaki, Japan. Kyodo/Reuters

Prime Minister Shinzo Abe refreshed his pledge that Japan would lead "the international community's efforts towards the realisation of a nuclear-free world".

Terumi Tanaka, 88, who survived the Nagasaki bombing when he was 13 at his house on a hillside, remembers the moment everything went white with a flash of light, and the aftermath.

"I saw many people with terrible burns and wounds evacuating ... people who were already dead in a primary school-turned shelter," Tanaka told AFP in a recent interview, saying his two aunts died.

Atomic bomb survivors "believe that the world must abandon nuclear arms because we never want younger generations to experience the same thing", he said.

The remembrance comes as worries linger over the nuclear threat from North Korea and growing tensions between the US and China over issues including security and trade.

The US dropped the first atomic bomb on Hiroshima on August 6, 1945, killing around 140,000 people. The toll includes those who survived the explosion itself but died soon after from radiation exposure.

Three days later, the US dropped a plutonium bomb on the port city of Nagasaki, killing 74,000 people. 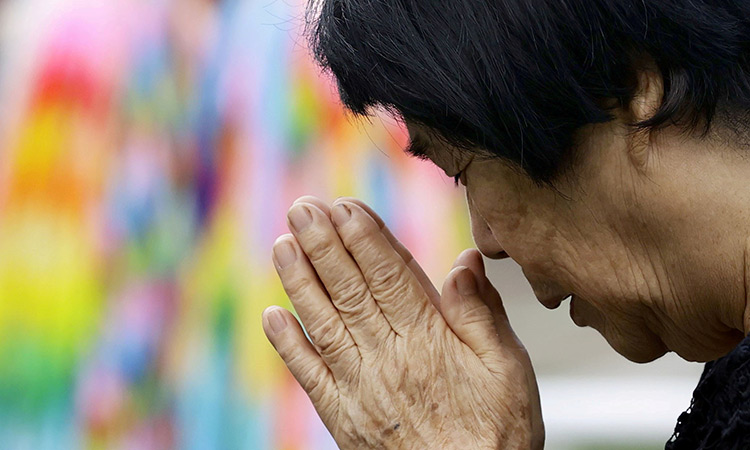 A woman prays for victims of the 1945 atomic bombing in Nagasaki, Japan on Sunday. Kyodo/Reuters

Japan announced its surrender in World War II on August 15, 1945.

The United States has never acceded to demands in Japan for an apology for the loss of innocent lives in the atomic bombings, which many Western historians believe were necessary to bring a quick end to the war and avoid a land invasion that could have been even more costly.

Others see the attacks as unnecessary and even experimental atrocities.

Last year, Pope Francis met with several survivors on visits to Hiroshima and Nagasaki, paying tribute to the "unspeakable horror" suffered by the victims.

In 2016, Barack Obama became the first sitting US president to visit Hiroshima. He offered no apology for the attack but embraced survivors and called for a world free of nuclear weapons. 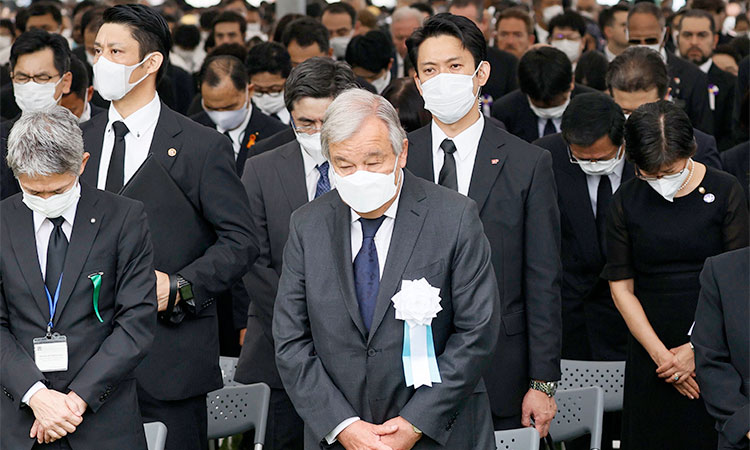 Hiroshima on Saturday remembered the atomic bombing 77 years ago as officials, including the head of the United Nations, warned against nuclear weapons 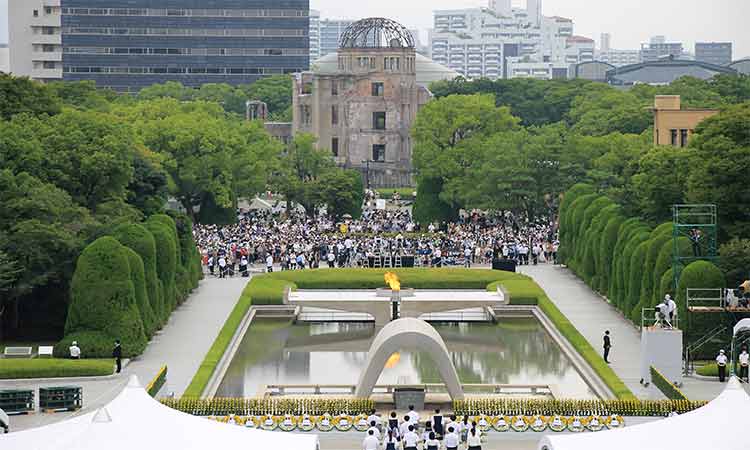 As cicadas shrilled in the heavy summer air, the Peace Bell sounded and the crowd, including Prime Minister Fumio Kishida, who is from Hiroshima, observed a moment of silence at the exact time the bomb exploded. 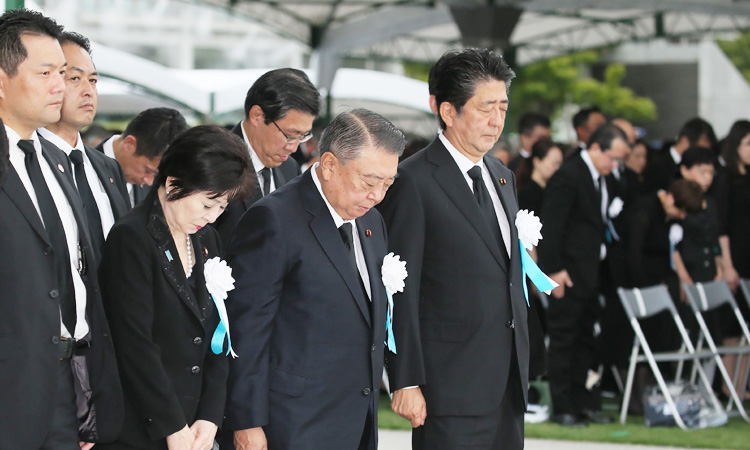 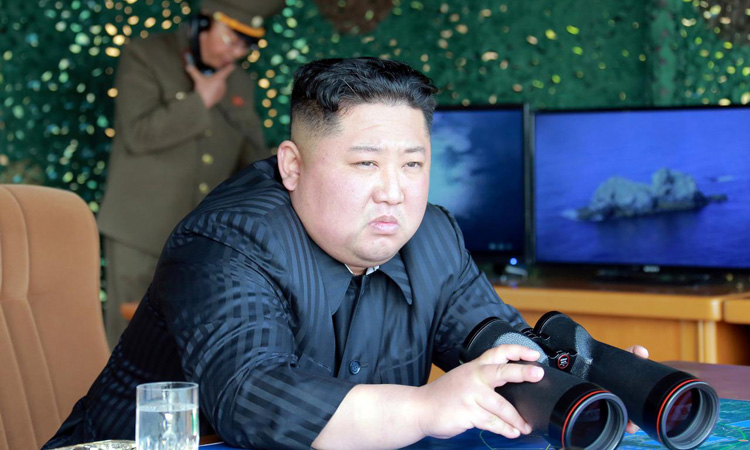 Japan has upgraded its estimate of North Korea’s nuclear weapons capability in an upcoming annual Defence White Paper, saying it seems Pyongyang has already achieved the miniaturisation of warheads,