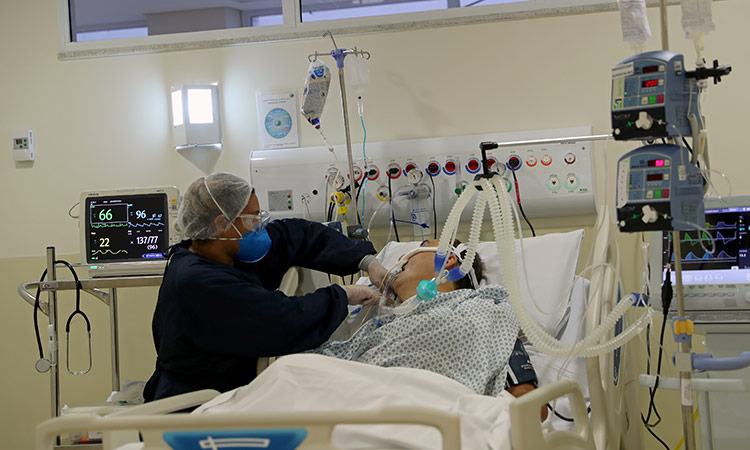 A nurse treats a patient suffering from the coronavirus in ICU of municipal hospital in Sao Paulo, Brazil. File/Reuters

Brazil on Saturday surpassed 100,000 coronavirus deaths and three million cases of infection, crossing the grim milestone after President Jair Bolsonaro said he had a "clear conscience" on his response to the outbreak.

With 100,477 fatalities and 3,012,412 confirmed cases, the South American nation of 212 million people is the second hardest-hit country in the global pandemic, after the United States.

But the official figures are most likely an undercount, with experts estimating that the total number of infections could be up to six times higher due to insufficient testing. 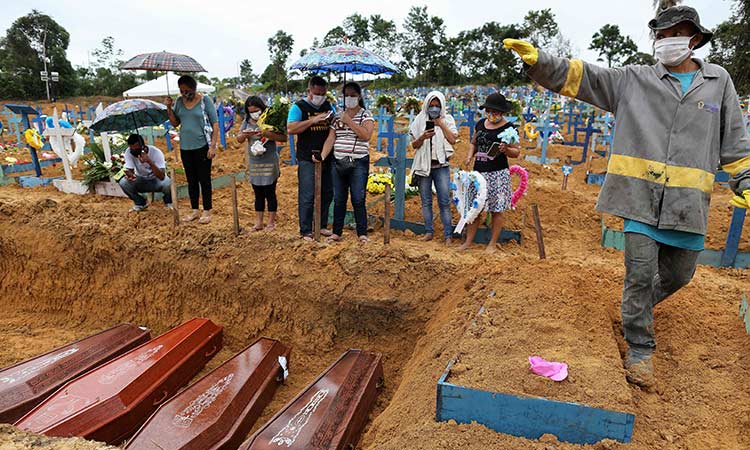 Senate speaker Davi Alcolumbre announced four days of mourning in Congress to pay tribute to the country's 100,000-plus virus victims.

The coronavirus outbreak in Brazil is showing no sign of slowing as it enters its sixth month.

The country's first confirmed COVID-19 case was identified in Sao Paulo on February 26, with the first death on March 12, also in the city.

Brazil marked 50,000 deaths a hundred days later, but then doubled that total in just half the time.

Infections have accelerated in recent weeks in the countryside as well as inland regions and areas where the virus was late arriving, particularly the country's south and center-west.

In southeastern states such as Sao Paulo and Rio de Janeiro, hardest-hit by the virus in absolute numbers, the situation has stabilized, while the virus' presence has declined in northern regions after reaching catastrophic levels in April and May. 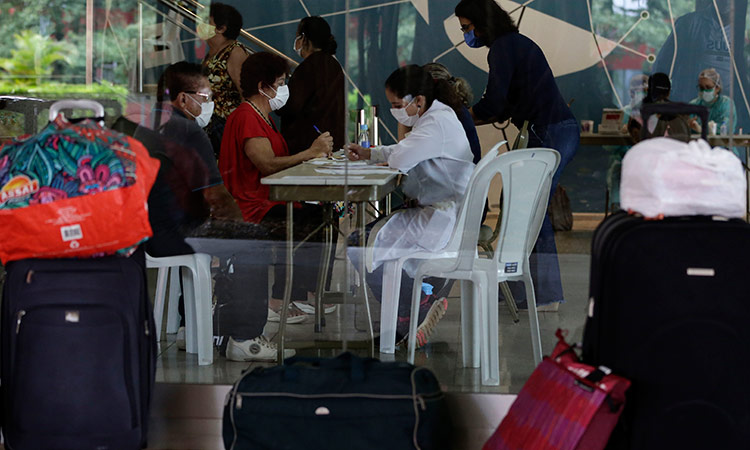 The most populous country in Latin America and the region's largest economy, Brazil has now recorded 3,313 coronavirus deaths, out of a total 49,492 confirmed cases, the ministry added. 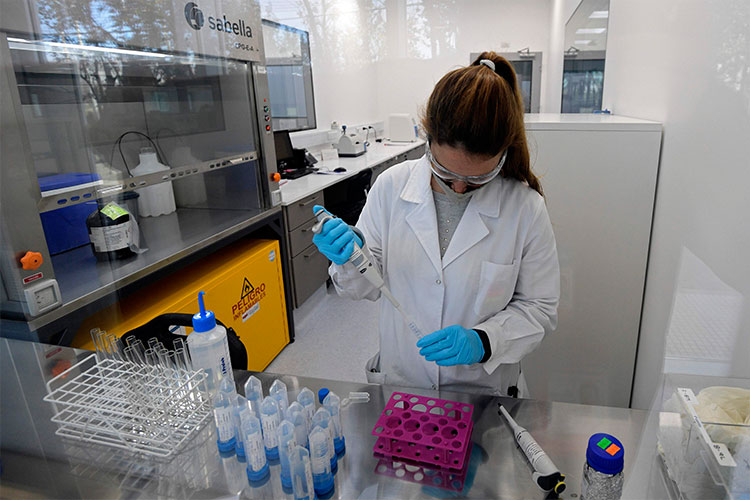 It is the first death reported in the various coronavirus vaccine trials taking place worldwide.