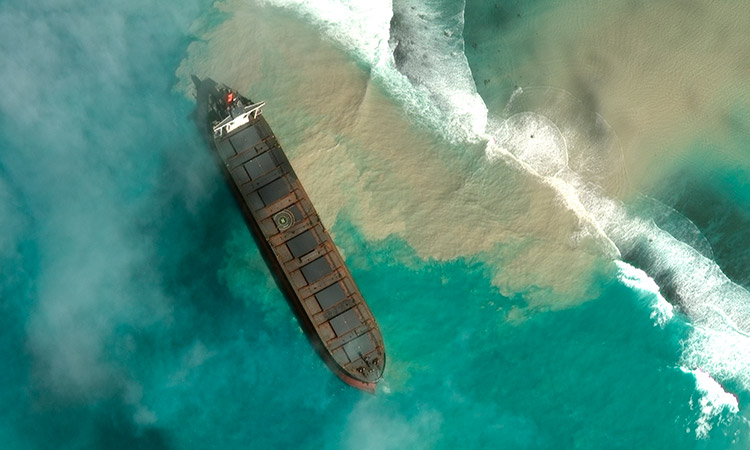 An aerial view of the MV Wakashio, a bulk carrier ship that recently ran aground off the southeast coast of Mauritius. AP

The prime minister of Mauritius has declared a state of environmental emergency and appealed to France for urgent assistance as oil from a grounded cargo ship spilled unabated into the island nation's protected waters.

Rough seas have hampered efforts to stop fuel leaking from the bulk carrier MV Wakashio, which ran aground two weeks ago, and is polluting pristine waters in an ecologically critical marine area off the southeast coast.

"A state of environmental emergency has been declared," Prime Minister Pravind Jugnauth posted on his Twitter account late Friday. 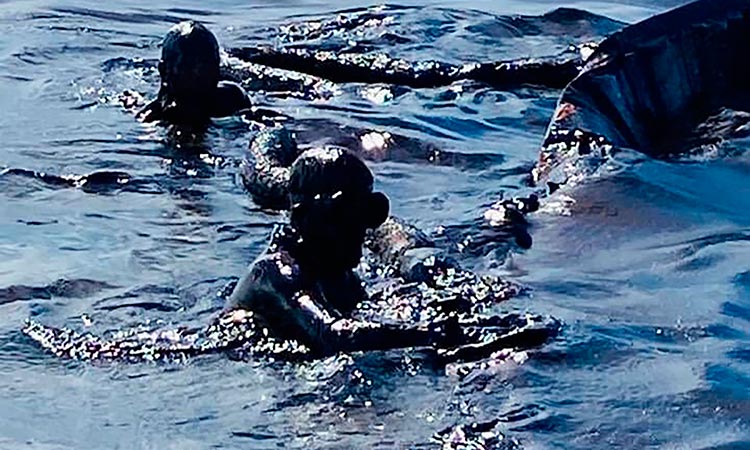 This photo shows divers using a containment boom to help contain oil leaking from the MV Wakashio on Friday. AP

The tanker, belonging to a Japanese company but Panamanian-flagged, was carrying 3,800 tonnes of fuel when it struck a reef at Pointe d'Esny, an internationally-listed conservation site near the turquoise waters of the Blue Bay marine park.

The environment ministry announced this week that oil had begun seeping from the hull, as volunteers rushed to the coast to prepare for the worst.

Soon, oil slicked the coral reefs, lagoons and white-sand shores upon which Mauritius has built its reputation as a green tourism destination. Aerial images showed the scale of the damage, with huge stretches of azure seas stained inky black by the spill.

A spokesman at Mitsui OSK Lines, which operates the vessel owned by another Japanese company, said fuel was being airlifted by helicopter from the stricken bulker to shore but poor weather was complicating matters.