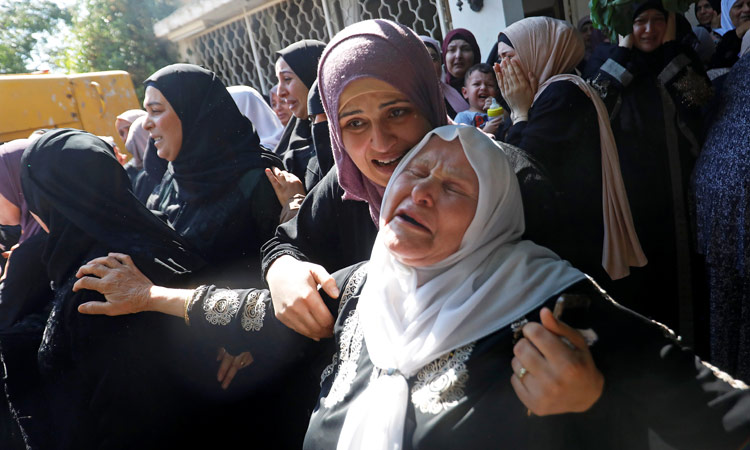 Relatives of Dalia Smoudi, 23, mourn during her funeral in Jenin near occupied West Bank on Friday. Reuters

A Palestinian woman died on Friday after being shot in the chest by an apparent stray bullet during an Israeli raid in the occupied West Bank city of Jenin, the Palestinian Health Ministry said. 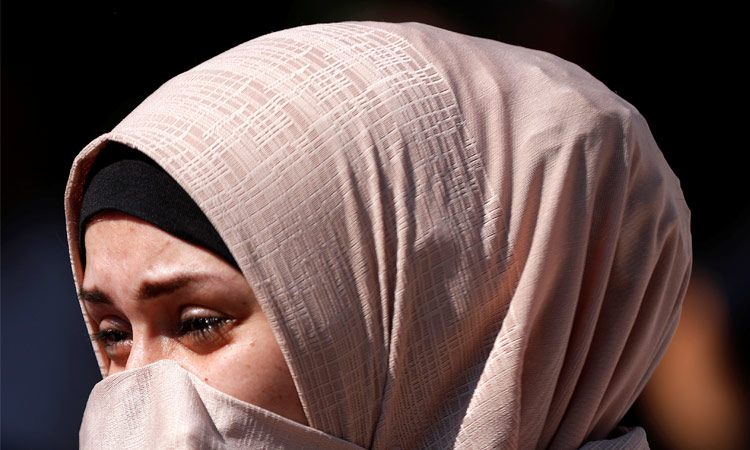 A relative of Dalia Smoudi, 23, mourns during her funeral in Jenin. Reuters

The ministry blamed Israeli fire for the dawn gunshot that wounded Dalia Samoudi, 23. She died at the hospital in the afternoon.

The Israeli army said hundreds of Palestinians had instigated the violence, fired live fire and hurled rocks and explosive devices at troops conducting a "routine operation” in Jenin. The Israeli soldiers responded with "riot dispersal means.” 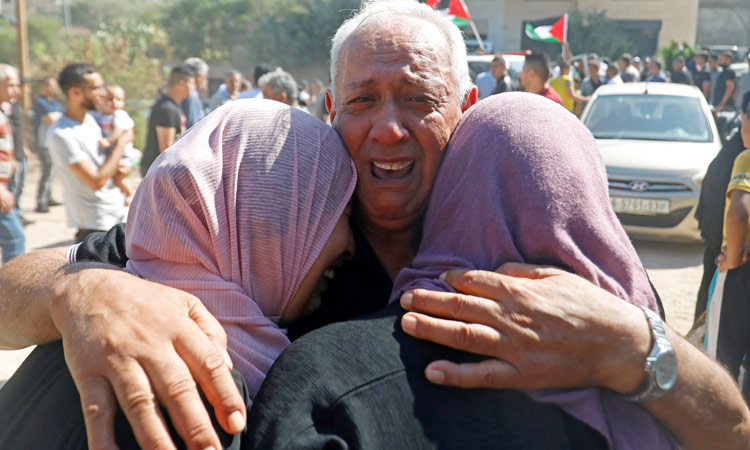 Relatives of Dalia Smoudi, 23, mourn during her funeral in Jenin. Reuters

The military made no mention of any Palestinian casualties.

The Palestinian Authority exerts sovereignty on limited parts of the Israeli-occupied West Bank, but the Israeli army routinely enters the Palestinian-controlled areas for raids and searches.