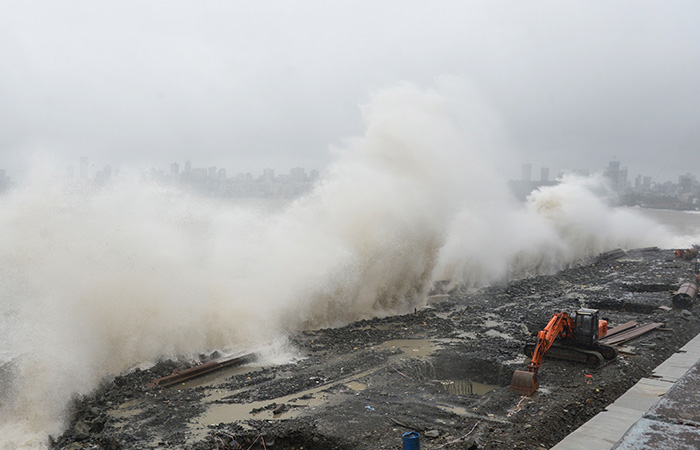 Waves crash against a barrier erected at the site of a coastal road project in Mumbai. AFP

Police officer confirmed five deaths. Communication links and electricity wires were snapped and a road bridge in the area washed away.

Annual monsoon rains hit South Asian from June to September. The rains are crucial for rain-fed crops planted during the season but often cause extensive damage.

More than 550 people have died in India, Bangladesh and Nepal and over 9.6 million people have been displaced across South Asia since the flooding began in June, according to the International Federation of Red Cross and Red Crescent Societies, or IFRC.