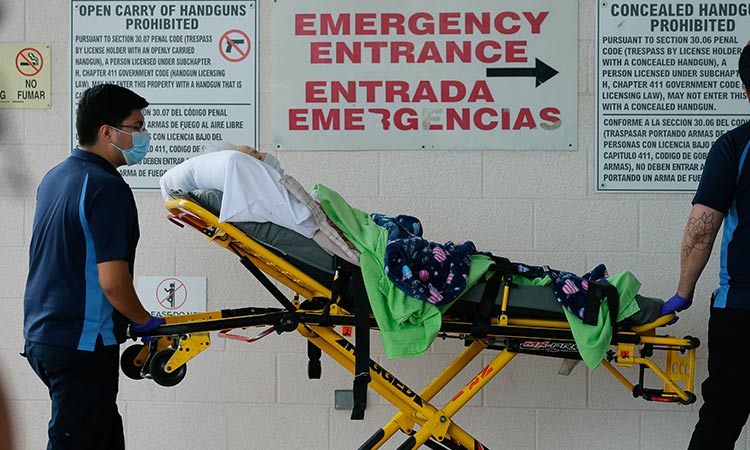 More than 18.55 million people have been reported to be infected by the novel coronavirus globally and 699,948 have died, according to a Reuters tally. Infections have been reported in more than 210 countries and territories since the first cases were identified in China in December 2019.

Millions of people in the Philippines were ordered to stay home Tuesday in a bid to contain the rising rate of infections, and relieve pressure on overwhelmed hospitals.

More than 27 million people on the main island of Luzon, including the capital Manila, went back into a partial lockdown.

The worst hit country, the United States, had added 1,300 new deaths as of Tuesday evening, bringing its toll to nearly 156,000, according to Johns Hopkins University. The caseload grew by 53,847 to nearly 4.8 million, it said.

Far from slowing down, the latest figures show that the rate of infection is accelerating.

Brazil is driving a surge in Latin America and the Caribbean, where infections passed five million on Monday.