Curfew in parts of Kashmir ahead of revocation anniversary - GulfToday 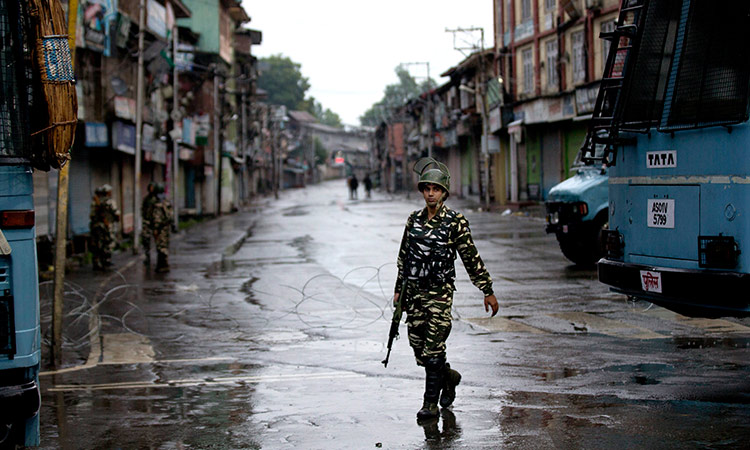 An Indian paramilitary soldier patrols during a security lockdown after the Indian government stripped the Himalayan state’s semi-autonomous powers in Kashmir.

Authorities clamped a curfew in many parts of Indian-controlled Kashmir on Tuesday, a day ahead of the first anniversary of India’s controversial decision to revoke the disputed region’s semi-autonomy.

Shahid Iqbal Choudhary, a civil administrator, said the security lockdown was clamped in the region’s main city of Srinagar in view of information about protests planned by anti-India groups to mark Aug. 5 as "black day.”

The curfew will be enforced Tuesday and Wednesday, Choudhary said in a government order. 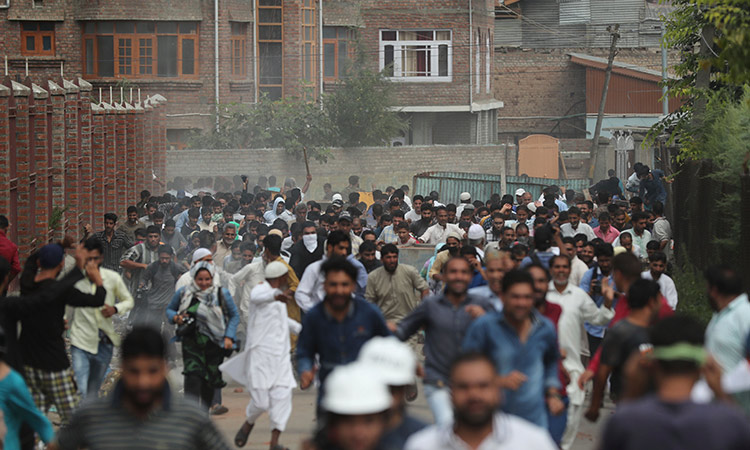 "A series of inputs have been received suggesting that separatist and protesters are planning to observe August 5 as Black Day and violent action or protests are not ruled out,” he said.

Last year on August 5, India’s Hindu-nationalist government led by Prime Minister Narendra Modi downgraded Jammu-Kashmir state and divided it into two federally governed territories. Since then, New Delhi has brought in a slew of new laws which locals say are aimed at shifting the demographics in the Muslim-majority region, many of whom want independence from India.

After the Aug. 5 decision, Indian authorities enforced an information blackout and a harsh security clampdown in Kashmir for months. Thousands of Kashmiri youth, pro-freedom leaders and politicians who have traditionally supported Indian rule were arrested. Hundreds of them are still incarcerated.

As some of the restrictions were eased, India enforced another harsh lockdown in March to combat the spread of the coronavirus, deepening the social and economic crisis in the restive region.

Human Rights Watch asked that India reverse its "abusive policies” in the region and said it was dismayed India persisted with "its repression of Kashmiri Muslims” despite the pandemic forcing the world to address discrimination and inequality.

"Indian government claims that it was determined to improve Kashmiri lives ring hollow one year after the revocation of Jammu and Kashmir’s constitutional status,” said Meenakshi Ganguly, the global rights group’s South Asia director, in the statement made Tuesday. "The authorities instead have maintained stifling restraints on Kashmiris in violation of their basic rights.”