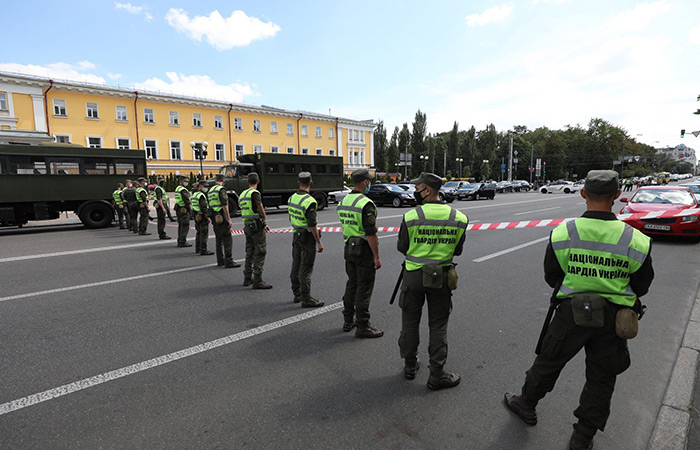 Law enforcement team at the sight of the attempted attack.

A man has taken one hostage and was threatening to detonate an explosive device in a business centre in the Ukrainian capital Kiev on Monday, the interior ministry said.

The man demanded to phone the police but has let the bank employees leave the building, Gerashchenko said. 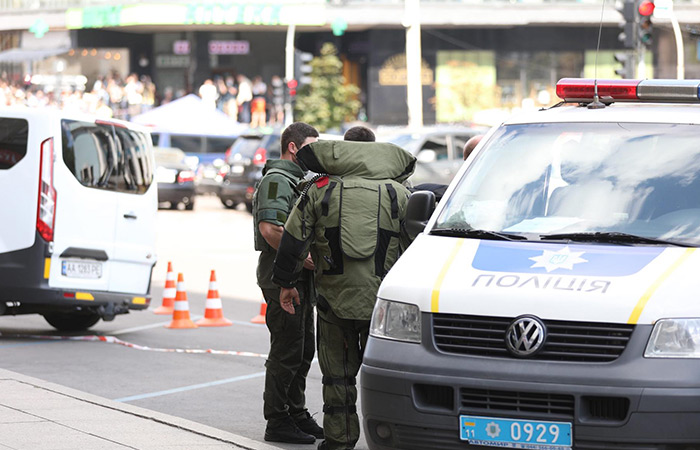 "According to preliminary information, a woman who is the head of bank's branch chose to stay in the building," Gerashchenko told AFP by phone.

Law enforcement is currently negotiating with the man and has urged him to surrender, Gerashchenko said.

Last month an armed man carrying explosives took 13 passengers hostage on a bus in the western Ukrainian city of Lutsk.

Police freed the passengers and arrested the attacker following a 12-hour standoff after President Volodymyr Zelensky agreed to his demand to post a movie recommendation on social media.