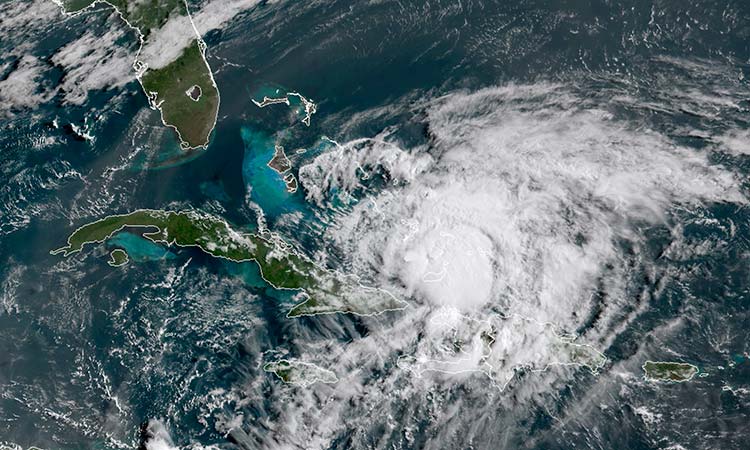 Hurricane Isaias ripped shingles off roofs and blew over trees as it carved its way through the Bahamas early on Saturday and headed toward the Florida coast, where officials in Miami said they were closing beaches, marinas and parks.

Miami Mayor Carlos Giménez said Friday that 20 evacuation centres were on standby that could be set up with COVID-19 safety measures.

"We still don’t think there is a need to open shelters for this storm, but they are ready,” he said.

Authorities in North Carolina ordered the evacuation of Oracoke Island, which was slammed by last year’s Hurricane Dorian, starting on Saturday evening. Meanwhile, officials in the Bahamas evacuated people on Abaco island, who have been living in temporary structures since Dorian. People living in the eastern end of Grand Bahama were also being moved. 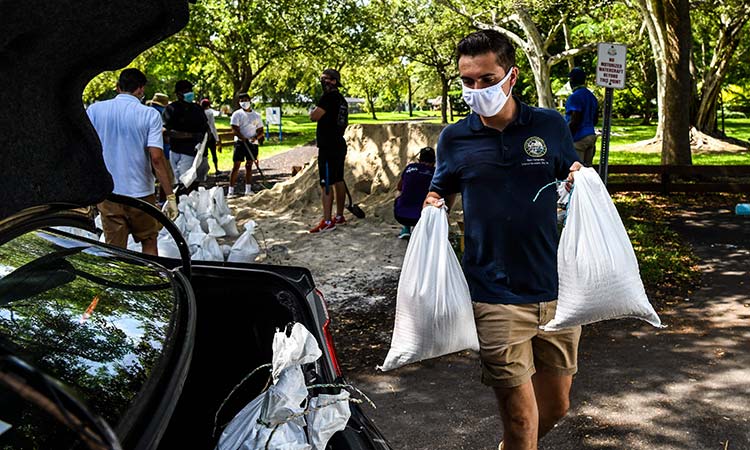 A resident puts sand bags in a trunk in Palmetto Bay near Miami as Floridians prepare for Hurricane Isaias. AFP

Isaias had maximum sustained winds of 80 mph (130 kph) late Friday and was expected to strengthen some into Saturday, the US National Hurricane Center in Miami said. The storm was centered about 135 miles (215 kilometers) south-southeast of Nassau in the Bahamas and was moving northwest at 15 mph (24 kph).

Paula Miller, Mercy Corps director for the Bahamas, told The Associated Press that while the islands can normally withstand strong hurricanes, some have been destabilized by the coronavirus pandemic and the damage caused by Dorian.

"With everything not quite shored up, property not secured, home not prepared, even a Category 1 will be enough to set them back,” she said. 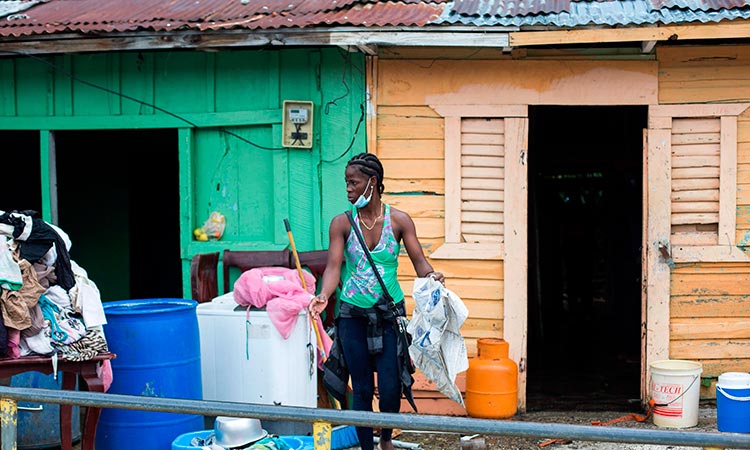 A woman cleans and dries her belongings after the passage of Storm Isaias in Hato Mayor, Dominican Republic. AFP

Florida Gov. Ron DeSantis said the state was "fully prepared for this and any future storm during this hurricane season,” with stockpiles of personal protective equipment, generators, bottled water and meals ready to be distributed.

But he urged people to have seven days of food, water and medication on hand and said state-run coronavirus testing sites in the areas where the storm could hit would be closed.

"Our sites, because they’re outdoors with tents, if it were to get 40-, 50-mile-per-hour winds, it would just collapse,” he said. "Safety is paramount for that.”

Miami’s mayor said that social-distancing measures prompted by COVID-19 meant each person in shelters needed to have 40 square feet and no more cafeteria-style dining would be allowed. People who are infected with the new coronavirus and need to evacuate will be isolated in classrooms separate them from the general population, Giménez said.

In Daytona Beach and Polk County, authorities distributed sandbags and other officials advised people to have emergency provisions at home sufficient for three to seven days.

A hurricane warning was in effect for northwest and central Bahamas. 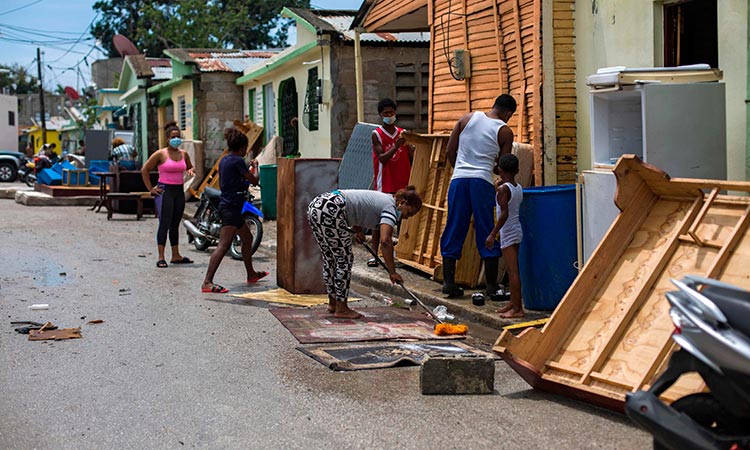 People clean and dry their belongings after the passage of storm Isaias in Hato Mayor, Dominican Republic. AFP

"Continue to hunker down,” said Trevor Basden, director of the Bahamas meteorology department.

Two of those islands, Abaco and Grand Bahama, were battered by Dorian, a Category 5 storm that hovered over the area for two days and killed at least 70 people, with more than 280 reported missing. People are still living in tents on both islands, and officials said crews tried to remove leftover debris ahead of Isaias.

Prime Minister Hubert Minnis relaxed a coronavirus lockdown as a result of the storm, but imposed a 10 p.m. to 5 a.m. curfew. He said supermarkets, pharmacies, gas stations and hardware stores would be open as long as weather permitted.

The Bahamas has reported more than 570 confirmed COVID-19 cases and at least 14 deaths. It recently barred travelers from the US following a surge in cases after it reopened to international tourism.

On Thursday, while still a tropical storm, Isaias toppled trees, destroyed crops and caused widespread flooding and small landslides in the Dominican Republic and Puerto Rico, where hundreds of thousands of people were left without power and water.

Officials reported that a man died in the Dominican Republic when he was electrocuted by a fallen electrical cable. More than 5,000 people were evacuated, and more than 130 communities remained cut off by floodwaters.

In Puerto Rico, the National Guard rescued at least 35 people from floodwaters that swept away one woman who remained missing.

Isaias was expected to drop from 4 to 8 inches (10 to 20 centimeters) of rain in the Bahamas and the Turks and Caicos Islands.