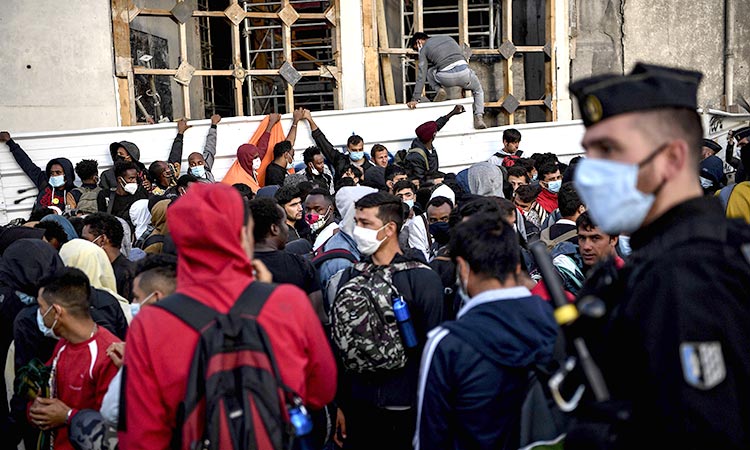 Asylum seekers face riot police officers during their evacuation from a makeshift camp near Paris. AFP

French police on Wednesday evacuated some 1,500 migrants from a camp north of Paris where crowded living conditions and a lack of water and sanitation exposed them to a high risk of coronavirus infection.

The migrants began boarding buses at dawn at the camp, one of dozens that have sprung up since large waves of asylum seekers began arriving in Europe in 2015.

"The people are exhausted; for some it is their tenth evacuation," said Silvana Gaeta of the NGO Solidarite Migrants Wilson, which provides meals at the camp of mainly male migrants from the Horn of Africa and Afghanistan.

"They know that they will be placed in gymnasiums, and half of them will meet again on the street as soon as this evening." 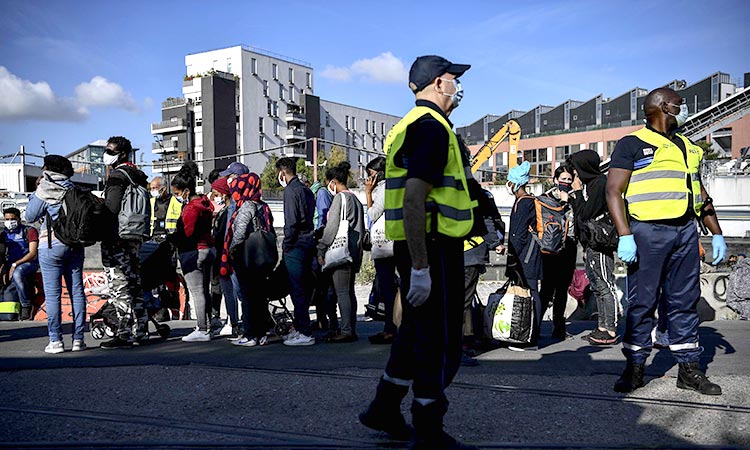 Women and families queue during the evacuation of asylum seekers from a makeshift camp near Paris. AFP

She accused the authorities of trying to place migrants "out of view, well-hidden, so that people will think everything is in order and that the migrants are well cared for. This is false."

Migrant Alalisad, a 32-year-old from Somalia, found the evacuation "incomprehensible".

"I don't understand, they come to get us they put us in hotels for three months, and then we go back on the street," he said. France has transformed a number of low-cost hotels into migrant reception centres.

"I don't understand why the French government wastes so much money by putting us in hotels instead of giving us long-term accommodation," he said. 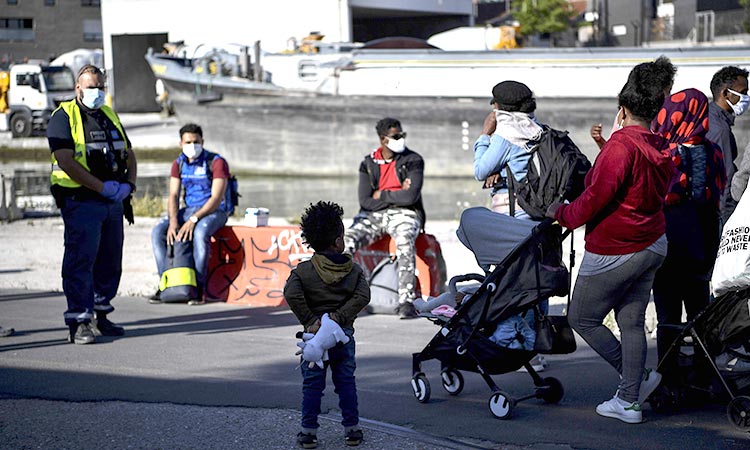 A child holds a stuffed animal during the evacuation of asylum seekers in Aubervilliers near Paris. AFP

"There is weariness, despair, this situation has lasted for almost five years," he said. "We have already seen this movie. The state is incapable of receiving (the migrants) in a dignified manner."

The camp, with hundreds of tents on either side of the canal, was served by only two water access points.

"Measures to fight against the coronavirus epidemic, especially physical distancing, are impossible to enforce in the camps, and precarious populations are the ones most exposed to COVID," said Barda.

Two people from the camp have also drowned in the canal, according to local authorities.

Resigned, Ismael Fatah, a 29-year-old from Somalia, got into the queue for the bus after abandoning his tent.

"It's the fourth time that I find myself in a camp, life is hard in France. I did not expect this welcome. My country is at war, it is not my choice to be here," he said.

After France's COVID-19 lockdown was announced in March, authorities cleared migrants from camps in Paris and near the northern port city of Calais -- where many hope to cross the Channel for Britain -- and put them in gyms, hotels and other accommodation.

But after stay-at-home orders were lifted in May, they soon found themselves sleeping rough again. 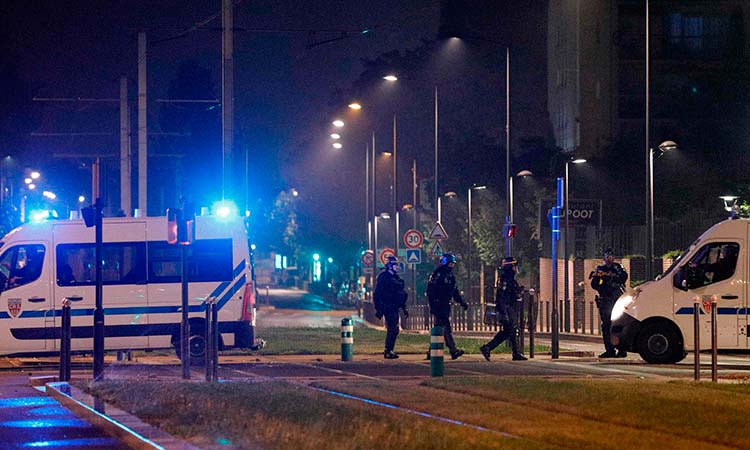 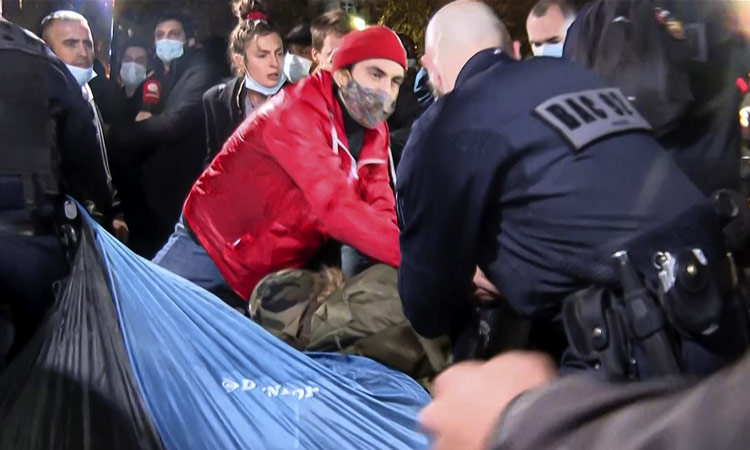