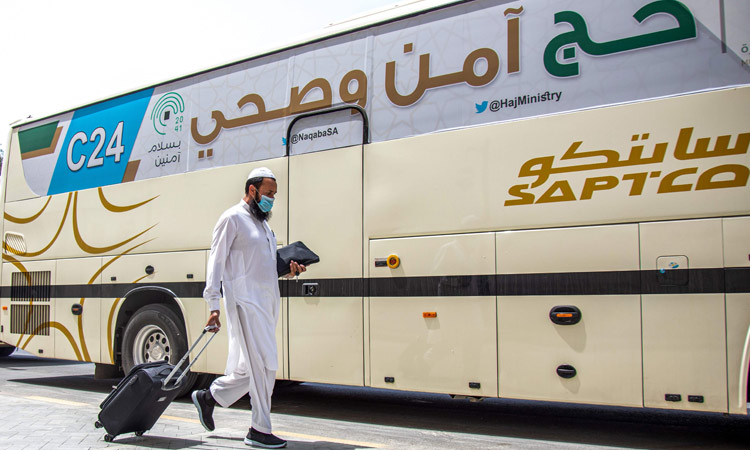 A traveller among the first group of arrivals for Hajj, walks from Jeddah's King Abdulaziz International Airport. AFP

Saudi Arabia on Wednesday begins hosting the annual Hajj pilgrimage, dramatically downscaled due to the coronavirus pandemic that has barred millions of international pilgrims for the first time in modern history.

Up to 10,000 people residing in the kingdom will participate in the Muslim ritual.

Mask-clad pilgrims began trickling into Makkah over the weekend and were subject to temperature checks and placed in quarantine, authorities said. 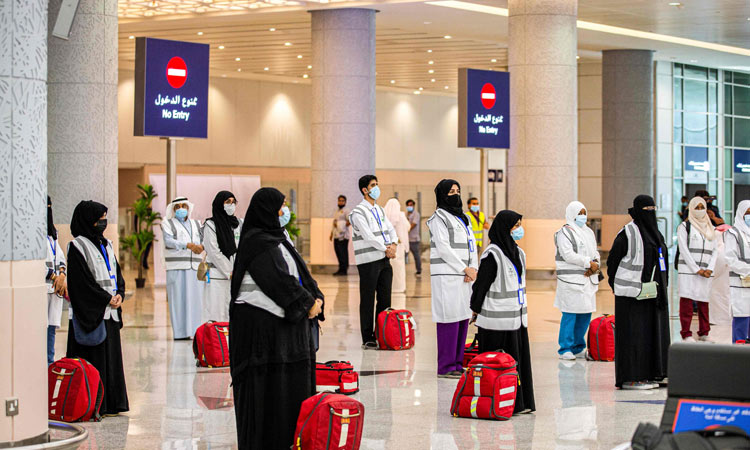 They were given elaborate amenity kits that include sterilised pebbles for a stoning ritual, disinfectants, masks, a prayer rug and the ihram, a seamless white garment worn by pilgrims, according to a Hajj ministry programme document.

Pilgrims are required to be tested for coronavirus before arriving in Makkah and will also have to quarantine after the pilgrimage.

The ministry said it has set up multiple health facilities, mobile clinics and ambulances to cater to the pilgrims, who will be required to observe social distancing.

This year, Saudi Arabia's Hajj Ministry has said between 1,000 and 10,000 people already residing in the kingdom will be allowed to perform the pilgrimage.

Two-thirds of those pilgrims will be from among foreign residents in Saudi Arabia and one-third will be Saudi citizens.

The kingdom has one of the Mideast's largest outbreaks of the coronavirus, with more than 266,000 reported infections, including 2,733 deaths.

Fatin Daud, a 25-year-old Malaysian studying Arabic in Saudi Arabia, was among the select few whose application for Hajj was approved. After her selection, Saudi Health Ministry officials came to her home and tested her for the COVID-19 virus. She was then given an electronic bracelet that monitors her movement and told to quarantine for several days at home. 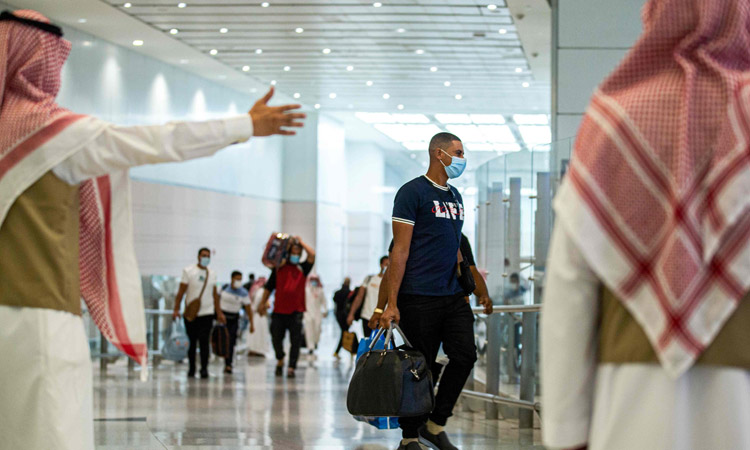 Saudi authorities initially said only around 1,000 pilgrims residing in the kingdom would be permitted for Hajj but local media reports say as many as 10,000 will be allowed.

The ministry said non-Saudi residents of the kingdom from around 160 countries competed in the online selection process. It said foreign residents would make up 70 per cent of all selected pilgrims.

Among the chosen few is Nasser, a Riyadh-based Nigerian expatriate, euphoric at winning what he called the "golden ticket" to Hajj.

"This feeling cannot be described," he told AFP before his arrival in Makkah.

The ministry has said the Saudi pilgrims were selected from a pool of health practitioners and military personnel who have recovered from COVID-19. 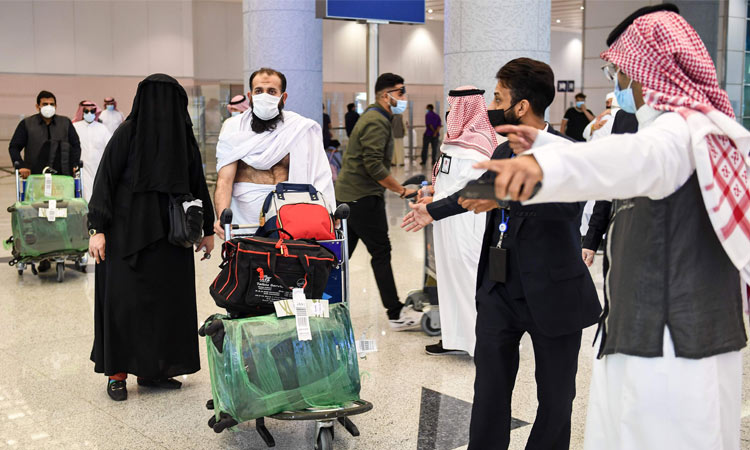