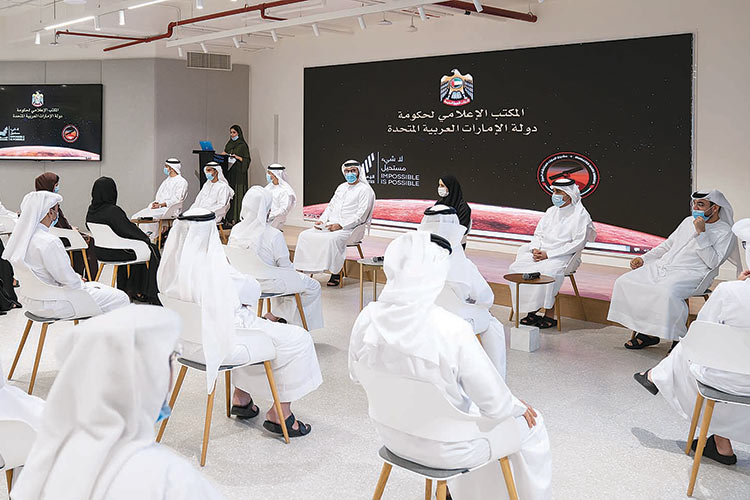 The media coverage peaked on the day of the launch, July 20, with hundreds of articles in prominent newspapers and global news websites.

The UAE government thanked the media bodies and institutions in the nation, for the distinguished coverage on the successful launch of The Emirates Mars Mission – Hope Probe. It is the first interplanetary mission undertaken by any Arab nation. All local, regional, and international media platforms were keen to provide distinct coverage of the most prominent historical event in the UAE’s march towards scientific and space excellence.

This came during an extensive media meeting organised by the UAE Media Office attended by local editors-in-chief of various news outlets and TV stations. In addition, media office officials, local, regional, and international reporters, along with bloggers, influencers, and social media channels were also in attendance.

The launch of the Hope Probe topped trending charts across all social media channels. The intergalactic event received an overwhelming response and garnered the engagement of hundreds of thousands of followers and traction across all major Arab and international media outlets.

For three months from the Probe’s arrival in Japan in April 2020, until the historic date of its launch – on July 20, 2020 – more than 1.5 billion people closely followed the media coverage – locally, regionally, and internationally – reading, watching, and engaging in conversations in various languages across channels, including newspapers, magazines, websites, and broadcast media. The live coverage of the launch also received exceptional traction across the world.

Among the media outlets that covered the Hope Probe’s journey and the team of Emirati engineers behind it were Nature, National Geographic, Science, The Economist, The New York Times, The Guardian, The Daily Mail, the Spanish daily newspaper El País, and Germany’s Der Spiegel.

Until the Probe’s launch, the UAE Media Office monitored more than 450 op-eds and features that were directly published about the Emirates Mars Mission.

In the two-week run-up to the launch, media coverage of the Hope Probe made up 60 per cent of the content across local platforms and channels, including print, digital, visual, and social media. Leading the list of highest engagements was Twitter, followed by Instagram, YouTube, and Facebook. Local engagement on these platforms exceeded 90 per cent on the day of the launch, reaching 95 per cent in the hour scheduled for launch, and 97 per cent in the first 12 hours post-launch, when compared to other local conversation topics.

The media coverage peaked on the day of the launch, July 20, with hundreds of articles in prominent newspapers and global news websites in the first 12 hours following the launch, until the ground space station welcomed the Probe’s first message. 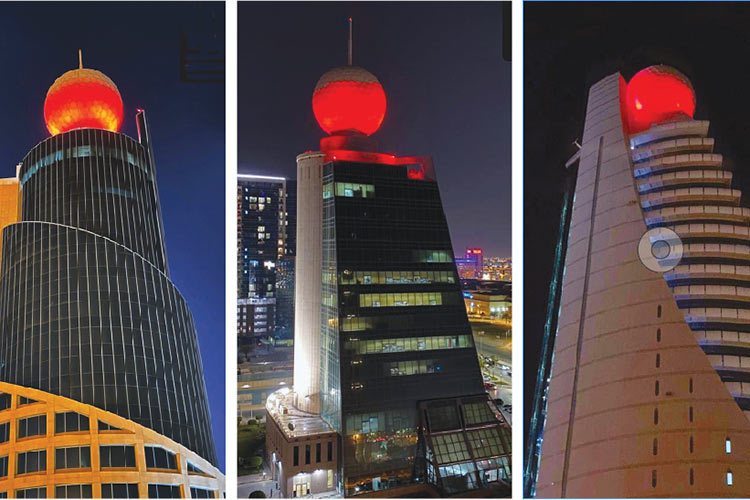