VIDEO: Lover kills woman, daughter and buries them in his house - GulfToday 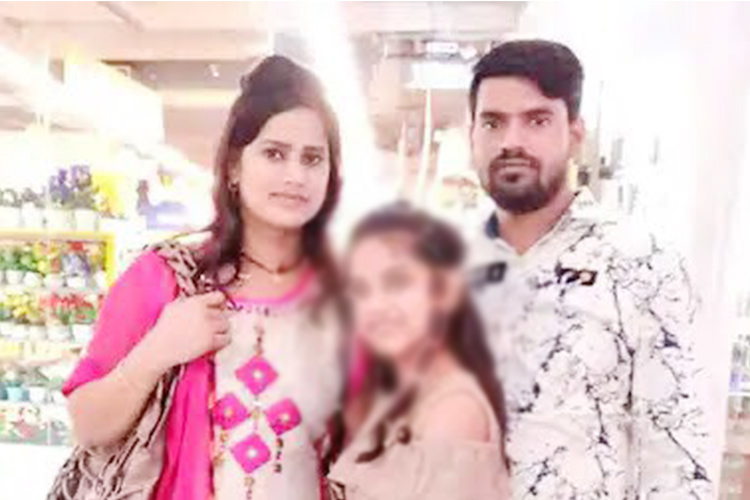 Shamshad (right), the main accused in the murder of his live-in partner and her daughter (centre) in Partapur area in Meerut, has been arrested.

In a shocking incident, an Indian woman and her 10-year-old daughter were murdered on March 28 by the man with whom the woman was in a live-in relationship.

The accused, Shamshad, buried them in the courtyard of his home and continued to live there.

Shamshad, the main accused in the murder of his live-in partner and her daughter in Partapur area in Meerut, has been arrested after a brief encounter with the police.

The police, acting on a missing report filed by the woman's friend on July 14, recovered the skeletons of the two on Wednesday.

The police claimed Shamshad had befriended the woman on a social networking site and hid his religious identity.

The couple, along with the woman's daughter from her first marriage, lived together for about four years in his house in the Partapur area in Meerut. Since the past one year, Shamshad had been putting pressure on her to convert, but she was refusing.

According to the police, Shamshad was called for interrogation, but he fled.

The murder came to light when a friend of the woman informed the police that the woman had been missing for long.

Acting on the complaint, the police dug up a portion of Shamshad's house and recovered the skeletons, which have been sent for DNA tests.

Shamshad managed to escape and was later intercepted near Noor Nagar. He received a bullet injury in the leg and has been admitted to the hospital.

A firearm, cartridges and a motorcycle have been recovered from his possession.

Akhilesh Narain Singh, SP City, said that the accused had concealed his religious identity in his relationship.

Akhilesh said a police team had been sent to Shamshad's native state Bihar. The skeletons of the woman and her daughter were being sent for DNA testing.

Meanwhile, Hindu Yuva Vahini activists told local media this was a case of 'love jihad' and had the police acted in time the murders could have been averted.