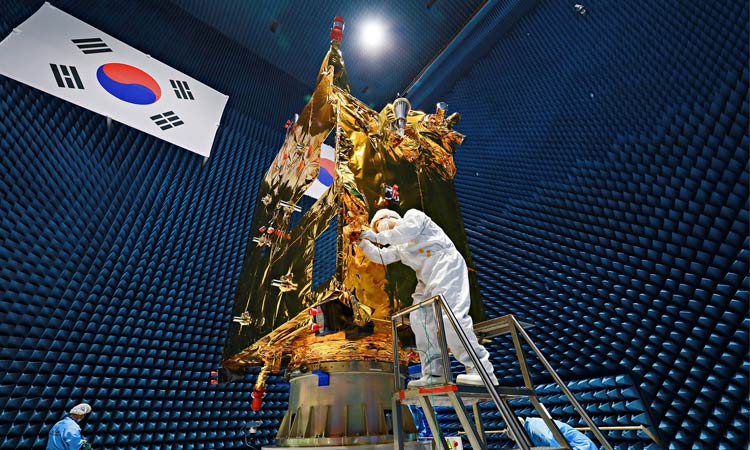 S.Korea can greatly benefit from the UAE’s experience and accumulated knowledge in Mars. WAM

The UAE’s successful launch of the Mars Mission, Hope Probe, will serve as a positive impetus to South Korea’s planned lunar mission and pave the way for joint Moon and Mars explorations, a senior official told WAM.

As South Korea is planning to launch a lunar orbiter in 2022, and send a lunar landing module by 2030, "I hope that we share the experience and scientific data, so we can open up a new chapter of our cooperation in space exploration," said Cheolho Lim, President of Korea Aerospace Research Institute, KARI, which is the aeronautics and space agency of South Korea. 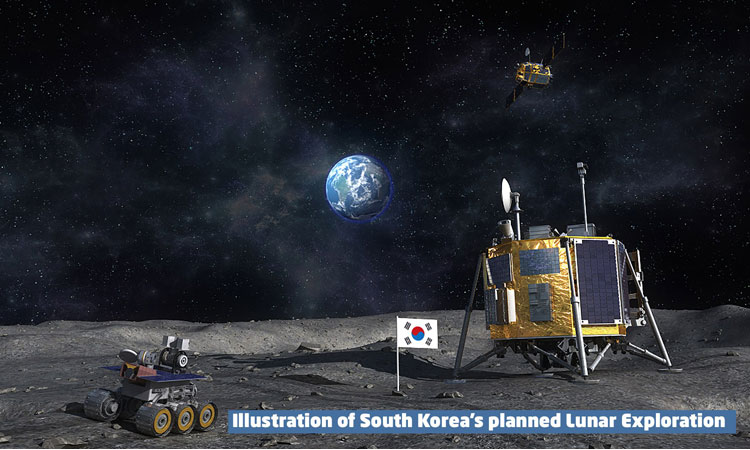 S.Korea is planning to launch a lunar orbiter in 2022, and send a lunar landing module by 2030. WAM

"I believe Korea can greatly benefit from the UAE’s experience and accumulated knowledge in Mars when Korea carries out Mars exploration in future," he said, adding that both parties can carry out joint Moon and Mars exploration projects in future.

The Hope Probe blasted off from Japan's Tanegashima Space Centre at 01:58am on Monday morning and it would travel 493.5 million kilometres over seven months to reach Mars’ orbit in February 2021, coinciding with the UAE’s Golden Jubilee celebrations to mark the historic union of the Emirates.

Once Hope Probe successfully reaches Mars, the UAE will join the exclusive club of spacefarers that have landed on Mars, alongside the US, Russia, the European Union and India. KARI president went on to say that "the UAE has become the fifth country in the world to launch a Mars probe.

This means the UAE is one step ahead of Korea in terms of space exploration, especially in Mars probe." By successfully launching Hope Probe as its first mission, the UAE has joined the elite club of spacefaring nations at one go, Lim said.

"I extend my heartfelt congratulations on the achievement. I sincerely wish Hope Probe’s safe arrival on Mars’ orbit and successful completion of the mission," he said.

"I have no doubt that this was made possible by the UAE’s highest leadership with keen insight into the future, UAE people’s passion toward space, with strong support from the government," he noted. 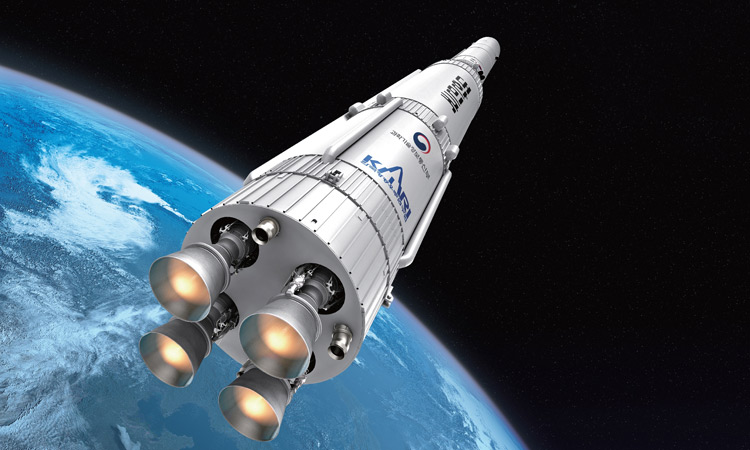 S.Korea wants its partnership in space with the UAE to be further strengthened. WAM

South Korea’s space industry and KARI have been closely cooperating in the development of Earth observation satellites with UAE over the past ten years, Lim pointed out.

"And this has led to a fruitful relationship between two countries. I hope Korea becomes part of the UAE’s ongoing Mars Science City project, so that our partnership in space can be further strengthened."

In line with Mars 2117 Strategy, the UAE will build a complex of buildings called Mars Scientific City in Dubai. It will comprise laboratories for food, energy and water, agricultural testing and studies about food security in the future. Mars Scientific City will include a laboratory that will stimulate the Red Planet’s terrain and harsh environment through advanced 3D printing technology and heat and radiation insulation.

A team of scientists and astronauts will live in this simulated environment for one year. Kari president said, "The UAE’s Mars 2117 Vision is something no country has ever tried before. I wish the UAE all of the very best in its continued endeavour in space, including the planned human settlement on Mars by 2117."