The Sharjah civil defence teams successfully managed to put out a fire in Al Bandary Twin Towers in Sharjah.

Police operation team had received a call about the fire on 11th of July, and accordingly contacted the building’s security to confirm the information.

Civil teams immediately rushed to the scene and the fire was controlled and put out within a record time.

Sheikh Saif bin Mohammed Al Qasimi, Director of the Sharjah Prevention and Safety Authority, stated that during the last year, the authority has launched a safety system that directly connects fire alarm systems to the civil defence operations, to ensure rapid responses to fire hazard situations.

He emphasized on the importance of installing such fire safety systems in each building in order to minimise fire aftermath and ensure the safety of all residence.

In another event, three warehouses caught fire in Jebel Ali, Dubai, and the fire was successfully controlled by civil defence.

The warehouses contained plastic materials and perfumes. No casualties were reported. 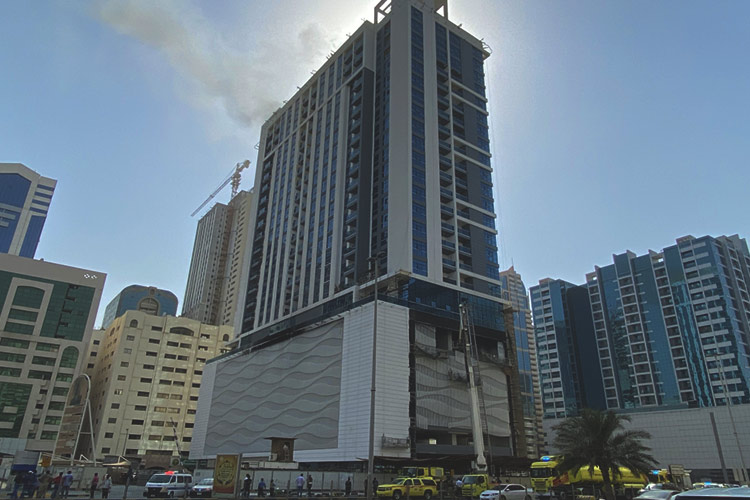