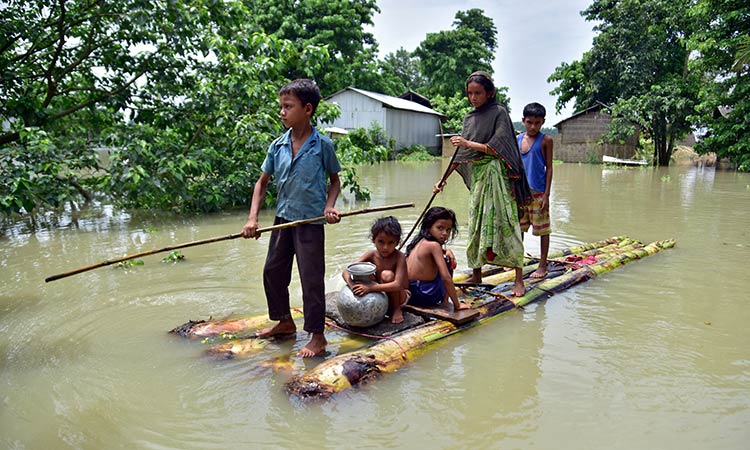 Villagers row a makeshift raft through a flooded field to reach a safer place in the state of Assam. File/Reuters

Intense rain and floods in the Indian state of Assam have killed at least 84 people and displaced more than 2.75 million since May, authorities said on Monday, as they tried to collect the bodies of nine rare rhinos drowned in the past 10 days.

Rescue teams were facing a double challenge of rising flood waters amid the novel coronavirus as villagers driven from their homes huddle in shelters.

"It's hard to enforce social distancing when people are being ordered to move away from the rising waters," said Sanghamitra Sanyal, a member of the northeastern state's flood management force.

"We're urging people to at least cover their mouth and nose with a piece of clean cloth."

Officials warned that the water level in the Brahmaputra river was expected to rise by 11 cm (4.3 inches), two weeks after it burst its banks swamping more than 2,500 villages.

Assam, famous for its tea plantations, is hit by flooding every rainy season despite flood-control efforts. 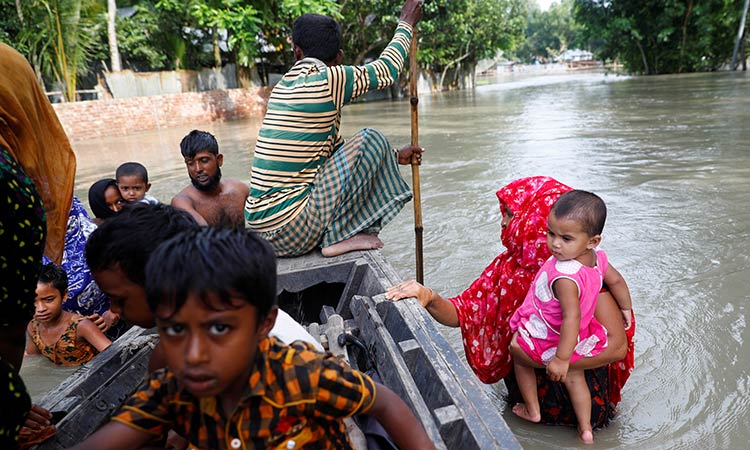 Flood-affected people get on a boat to cross a stream in Jamalpur, Bangladesh, on Saturday. Reuters

In neighbouring Nepal, the government asked residents along its southern plains on Sunday to remain alert as heavy monsoon rains were expected to pound the Himalayan nation where more than 100 have died in floods and landslides since June, officials said.

Some 110 people were killed and another 100 injured as landslides and flash floods washed or swept away homes, upended roads and bridges and displaced hundreds of others in 26 of the country's 77 districts, police said. 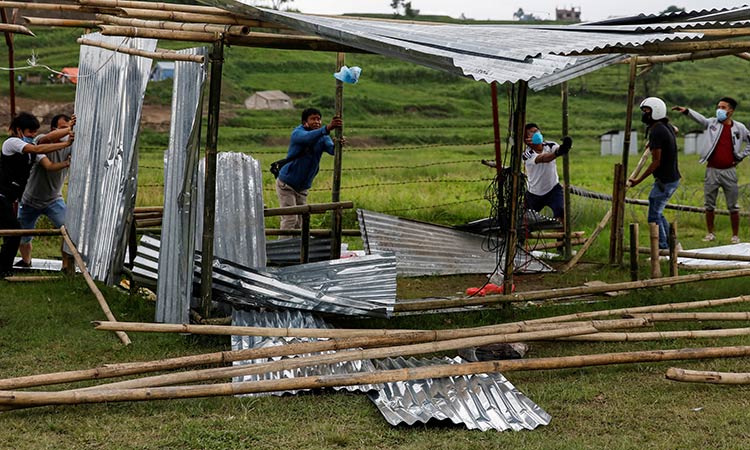 Residents of Khokana and Bungamati vandalise a temporary shelter in Lalitpur, Nepal. Reuters

"Search and rescue teams are looking for those who are missing in different places but chances of finding them alive are slim," Wasti told Reuters.

Barun Paudel of the weather forecasting office in the capital, Kathmandu, said heavy rains were expected to pound much of the mainly mountainous nation in the next four days.

"We have urged residents to remain alert against possible landslides and floods," he said.

Landslides and flash floods are common in Nepal, India's Assam and Bihar states during the June-September annual rainy season. 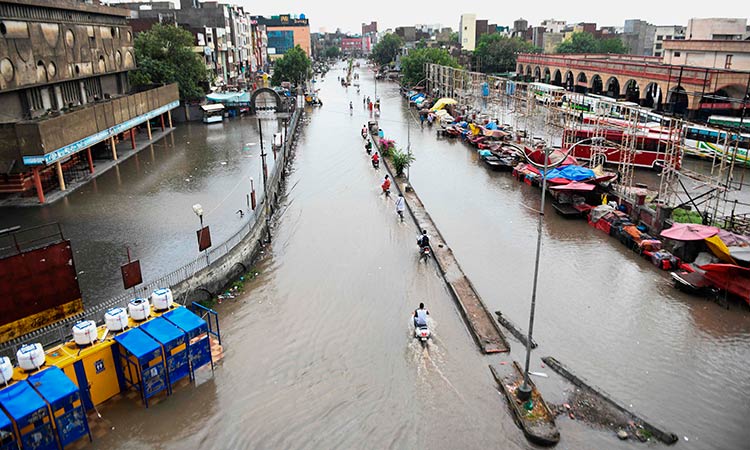