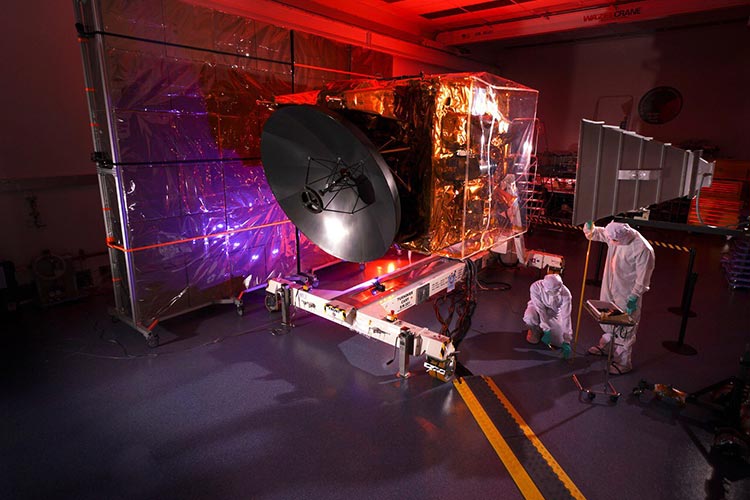 The UAE Space Agency and Mohammed Bin Rashid Space Centre have announced the updated launch date and time for UAE Mars Mission on July 20th, 2020 at 01:58 am UAE local time.

The agency also said that this date might change depending on weather conditions on Tanegashima Island, the launch center for the orbiter.

The Space Agency said, “Any further delay, caused by weather conditions at the launch site in Japan’s Tanegashima Island, will be communicated in due course.”

The probe is one of three racing to the Red Planet, with Chinese and US rockets also taking advantage of the Earth and Mars being unusually close: a mere hop of 55 million kilometres (34 million miles). “Hope” — “Al-Amal” in Arabic — is expected to start orbiting Mars by February 2021, marking the 50th anniversary of the unification of the UAE.

VIDEO: Hope Probe is an accomplishment for every Arab and a source of pride for every Emirati: Mohammed

Once there, it will loop the planet for a whole Martian year of 687 Earth days.

The goal is to provide a comprehensive image of weather dynamics in the Red Planet’s atmosphere.

The launch, initially scheduled for Wednesday from the Tanegashima Space Center, has been reset for 6:58 a.m. Monday (2158 GMT Sunday), Mitsubishi Heavy Industries, the provider of the H-IIA rocket, said Friday.

Mitsubishi, however, said there is a slight chance of further postponement depending on the weather. The company has set a launch window through Aug. 13. A final decision is expected Sunday.

Hope is to reach Mars in February 2021, the year the UAE celebrates 50 years since its formation. A successful Hope mission would be a major step for the oil-dependent economy seeking a future in space.