Fish with human teeth and lips blows up the Internet - GulfToday 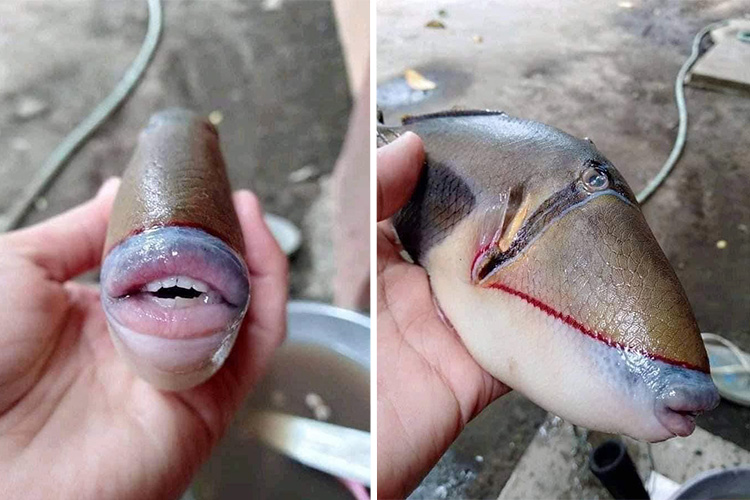 A combo image shows the triggerfish.

A fisherman in Malaysia found a fish that resembles a human face in a strange incident that surprised millions on social media platforms.

According to British media, a picture appeared on Twitter a few days ago, of a fish with "human mouth."

The picture shows a fish with teeth, lips and gums, almost identical to humans, and resembling a human face. 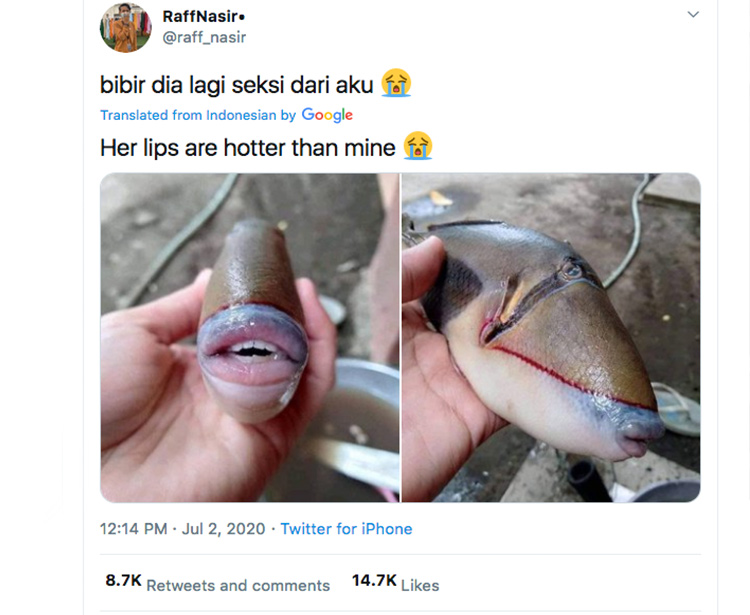 Local media in Malaysia said that the new fish is called "triggerfish.”

This type of fish is known to be very aggressive, but some fishermen are looking for it because it is required for aquarium fish, because of its bright colours.

A representative of the World Wildlife Fund said that triggerfish are spread in the area between the Seychelles and the Great Barrier Reef in Australia and Malaysia.

In 2004, Ireland’s media reported that the country’s fish industry is under attack from the triggerfish. The fish are eating the rich marine life on the Irish coast.

The triggerfish are very aggressive and they protect their eggs from near subject which they perceive as threat.

Some diver and fishermen have been the victim of the razor-sharp teeth of the triggerfish.