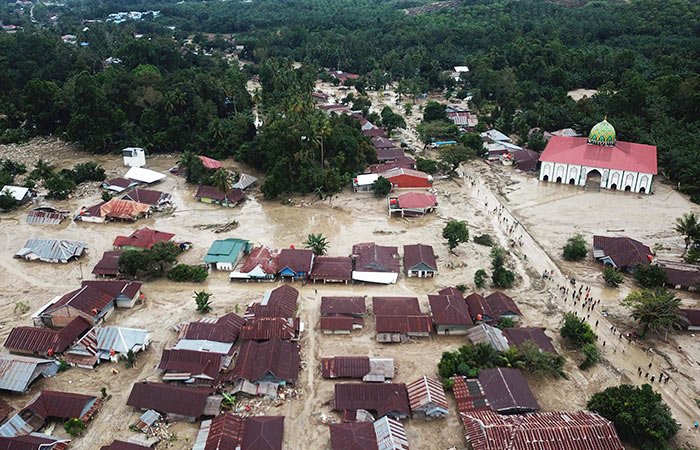 A drone shows an area affected by Flash floods. AP

Flash floods and landslides killed at least 30 people on the Indonesian island of Sulawesi and left hundreds displaced, authorities said on Thursday. 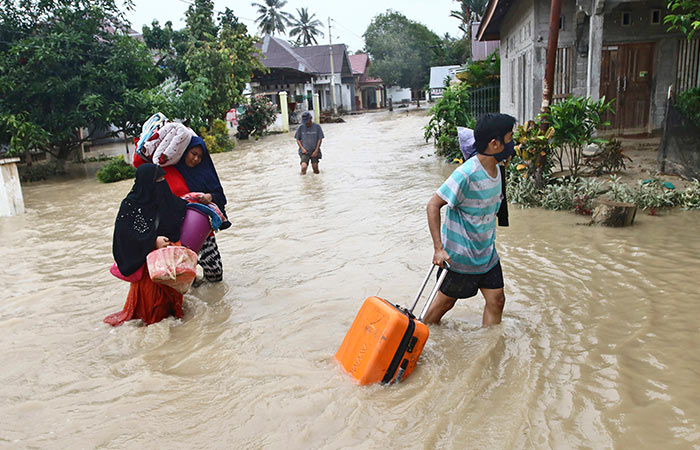 People carry their belongings as they wade through water in an affected area. AP

The flash floods struck the North Luwu district of South Sulawesi province after heavy rain on Monday caused three nearby rivers to burst. More than 4,000 residents were affected.

Dramatic TV footage showed dozens of houses partially submerged by thick mud up to their roofs. Indonesia frequently suffers from floods and landslides, particularly during the rainy season, though the situation is often made worse by the cutting down of forests. 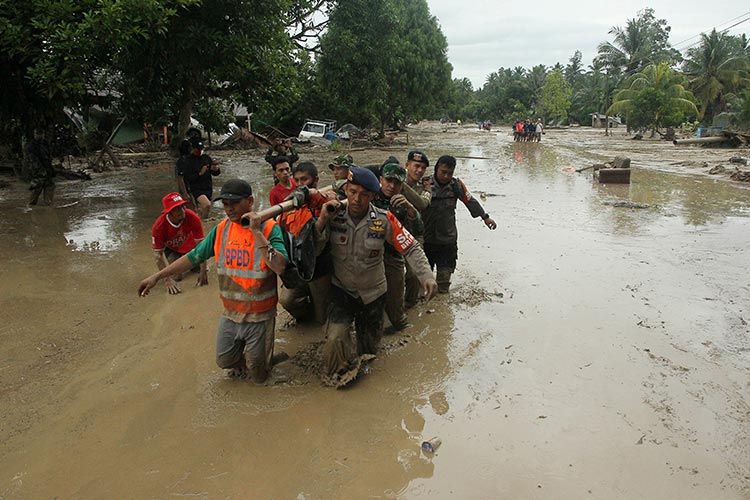 The death toll from floods on Indonesia's Sulawesi island has risen to at least 21, authorities said on Wednesday as residents tried to salvage a few belongings from their inundated homes.