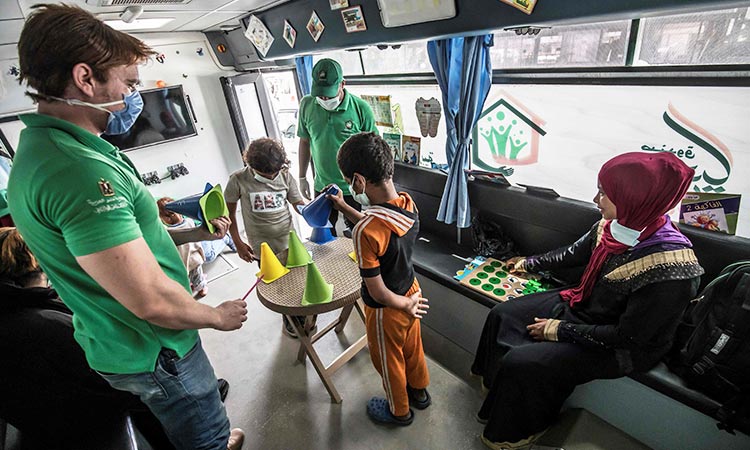 Social workers look on as children play an educational game inside one of the mobile units run by the Egyptian authorities. AFP

Wandering Cairo's bustling streets, Zeinab was struggling to survive by selling tissues when the coronavirus left her even more vulnerable, along with thousands of other homeless people and street children.

The only good news was that, amid the pandemic fears, physical violence against the destitute has declined, Zeinab said at a mobile shelter for the poor in Abbassiya, a working-class district.

"People attack us less because they are afraid," she said.

But with fewer people in the streets, "we have less work and less money," added the young woman, while keeping an eye on her one-year-old son, Abdallah.

Almost one third of Egypt's population of 100 million live in poverty.

Young people and children who roam the streets are among the poorest and are regularly exposed to verbal, physical and sexual violence and exploitation. 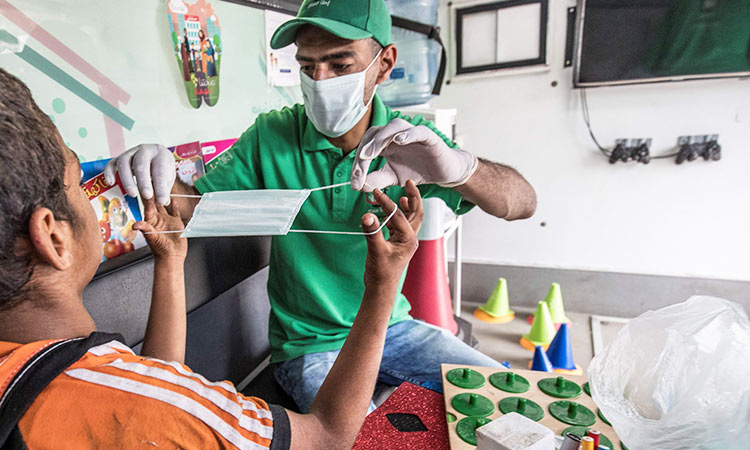 A social worker shows a child the proper way to use a face mask. AFP

The novel coronavirus, which has killed nearly 4,000 people and infected around 83,000 more in Egypt, has compounded their vulnerability, as the country battles an economic downturn and access to support is reduced due to lockdown measures.

In 2014, authorities estimated Egypt had around 16,000 youngsters and children living rough on the streets.

The problem of compiling reliable figures on street children is compounded because many are from families long trapped in poverty and without stable housing who may not be listed in civil status registries.

In 2016, Egyptian authorities launched the national programme "Atfal bala ma'wa" (Children Without a Home) with the aim of "integrating" street children and helping them "abandon street behaviour," said Mohamed Shaker, head of the programme at the Ministry of Social Solidarity.

The programme deploys 17 mobile units throughout the country, providing a place to rest, food and games as well as medical, social and psychological support to street children. 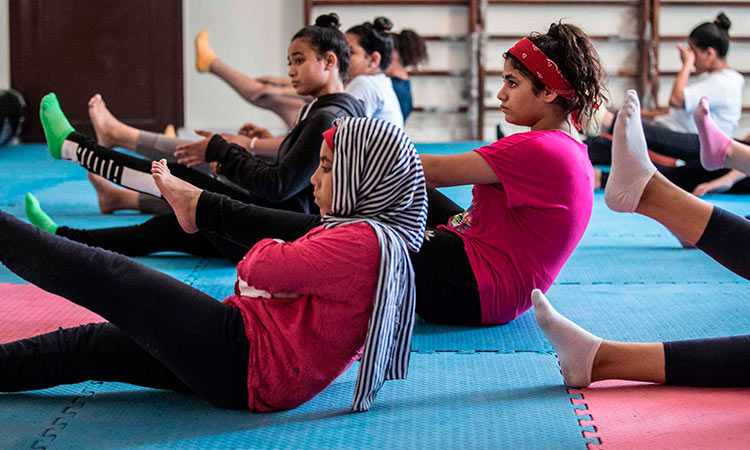 Youths from the "Children without Shelter" programme attend a fitness session at Banati Foundation. AFP

"The aim is to build a relationship with the homeless children and help them build trust between each other," said Salma Ismail, communications officer at a non-governmental group Bannati.

At the Abbassiya mobile unit, Karim tentatively approached and grabbed a snack on offer.

Karim said he sleeps in a local park and earns his living by cleaning car windshields.

He said he was attending a public school before authorities shut them down in late March as part of efforts to stem the spread of the virus.

"Since it has been closed, I have forgotten everything. Before, I used to learn how to read and count." 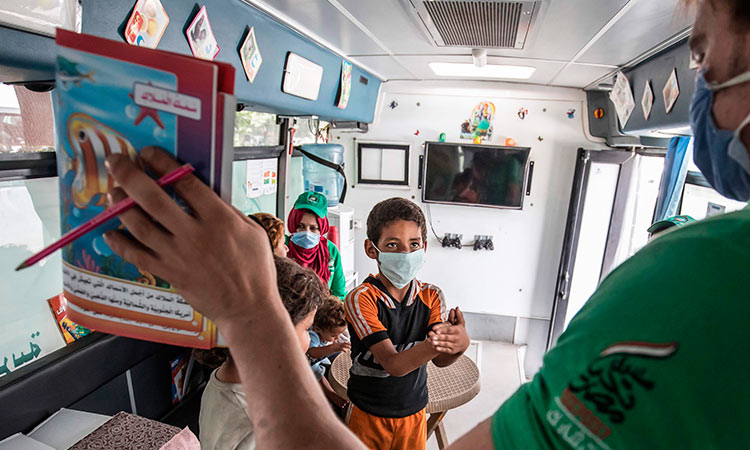 A social worker presents a book to children. AFP

With the financial crunch, some charities have concentrated efforts on health and sanitation to help children protect themselves against the disease.

"We make them aware of health issues, we distribute masks and explain to them how to wash their hands," said Samusocial International's Bastawrous.

The lifting of a three-month curfew in late June brought some reprieve for street children, who could again sell trinkets and tissues or beg for money as people returned to cafes and restaurants.

Maryam Hisham, a researcher on issues facing street children, said they are particularly vulnerable to disease and are often harassed by authorities patrolling Egypt's streets.

She criticised an anti-begging law that deems the children's presence on the street illegal, saying it hurts rather than helps their situation.

"The police are already treating them like trash," she said. 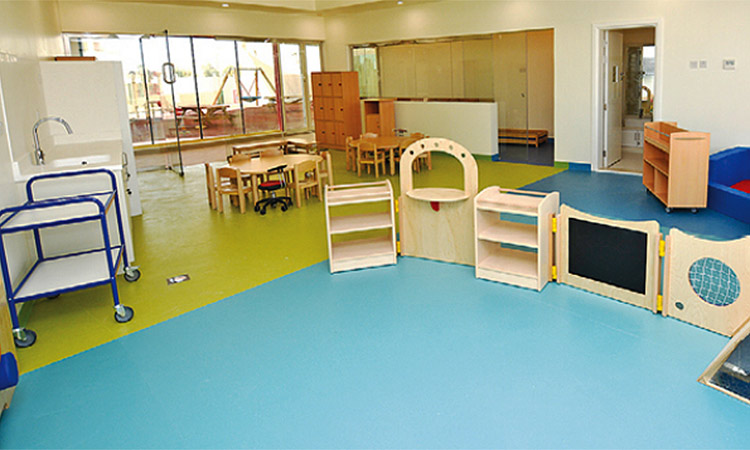