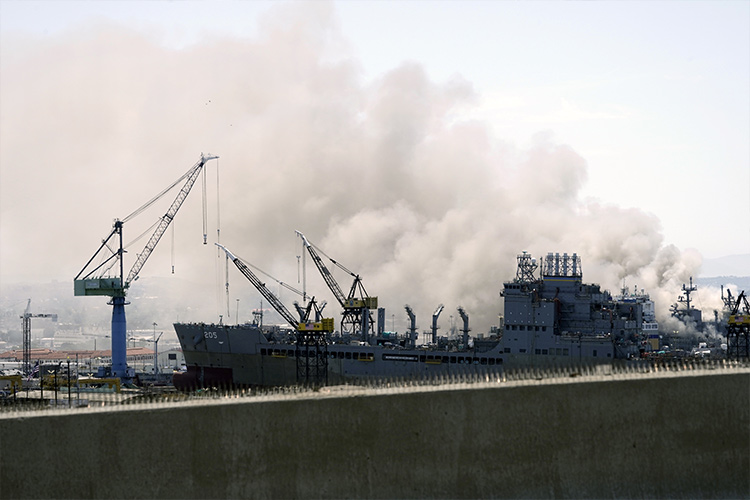 Smoke rises from a fire on board USS Bonhomme Richard at Naval Base San Diego, California.

San Diego firefighters were responding to a large blaze aboard the military ship USS Bonhomme Richard after an explosion caused at least one injury, the San Diego Fire Rescue Department said on Sunday.

Video footage showed thick black smoke billowing hundreds of feet into the air from several points along the 844-foot (257 m) amphibious assault ship docked at the San Diego Naval base.

Emergency crews in boats were alongside the burning ship, spraying it with hoses.

Around noon local time, the department said all its personnel had been instructed to exit the pier, while aerial video footage showed the blaze appeared to grow. 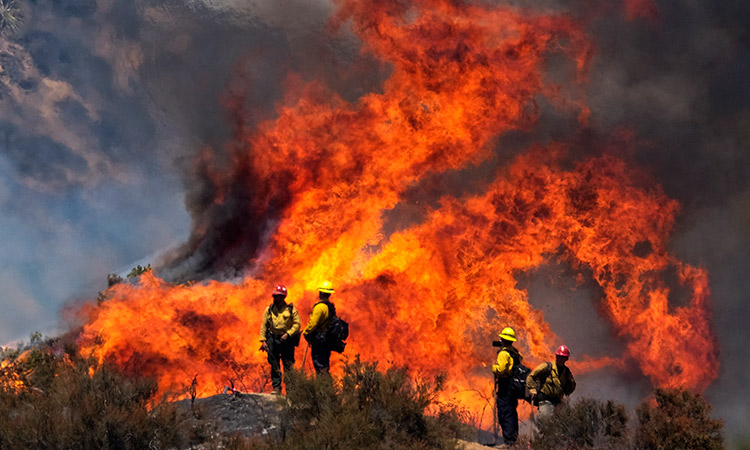