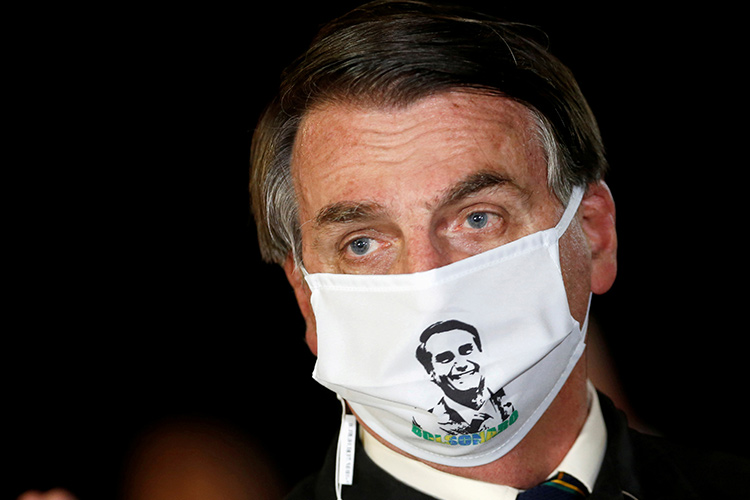 Brazil’s President Jair Bolsonaro says he has tested positive for COVID-19 after months of downplaying the virus’ severity.

Bolsonaro confirmed the test results while wearing a mask and speaking to reporters in capital Brasilia.

"I'm well, normal. I even want to take a walk around here, but I can't due to medical recommendations,” Bolsonaro said.

The president has often appeared in public to shake hands with supporters and mingle with crowds, at times without a mask.

He has said that his history as an athlete would protect him from the virus, and that it would be nothing more than a "little flu” were he to contract it. 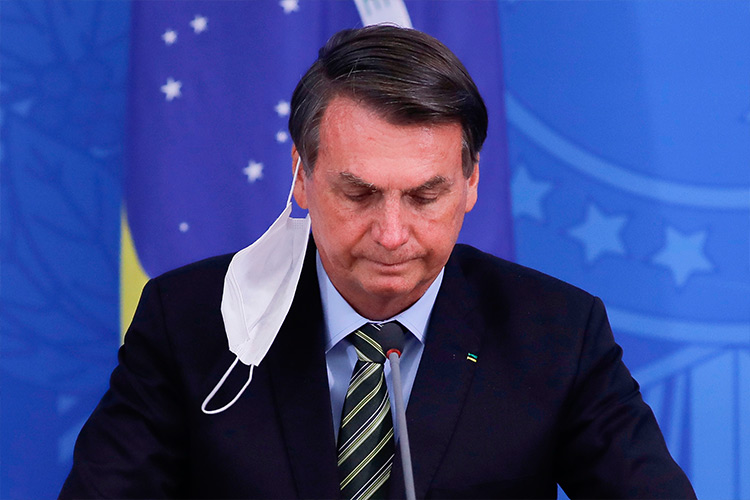 Jair Bolsonaro gestures during a press conference regarding the COVID-19 in Brasilia. File/ AFP

He has also repeatedly said that there is no way to prevent 70% of the population falling ill with COVID-19, and that local authorities' measures to shut down economic activity would ultimately cause more hardship than allowing the virus to run its course.

Cities and states last month began lifting restrictions that had been imposed to control the spread of the virus, as their statistical curves of deaths began to decline along with the occupation rate of its intensive-care units. Brazil, the world’s sixth most populous nation, with more than 210 million people, is one of the global hot spots of the pandemic.

On Monday, Bolsonaro told supporters in Brasilia that he underwent an X-ray of his lungs that showed they were clean, and that he would be tested for COVID-19. On Tuesday, he told CNN Brasil that his fever had subsided.

Trump reaffirms US considering all options in Venezuela


US limits travel from Brazil amid worsening virus outbreak

Over the weekend, the Brazilian leader celebrated the US Independence Day with the nation’s ambassador to Brazil, then shared pictures on social media showing him with his arm around the ambassador alongside several ministers and aides. None wore masks, despite being in close quarters.

The US Embassy said on Twitter on Monday that Ambassador Todd Chapman is not showing any COVID-19 symptoms but would be tested.

Bolsonaro tested negative three times in March after meeting with the US President Donald Trump in Florida. Multiple members of his delegation to the US were later reported to be infected with the virus.

More than 65,000 Brazilians have so far died from COVID-19 and more than 1,500,000 have been infected. Both numbers are the world's second-highest totals, and are considered to be undercounts to the lack of widespread testing. 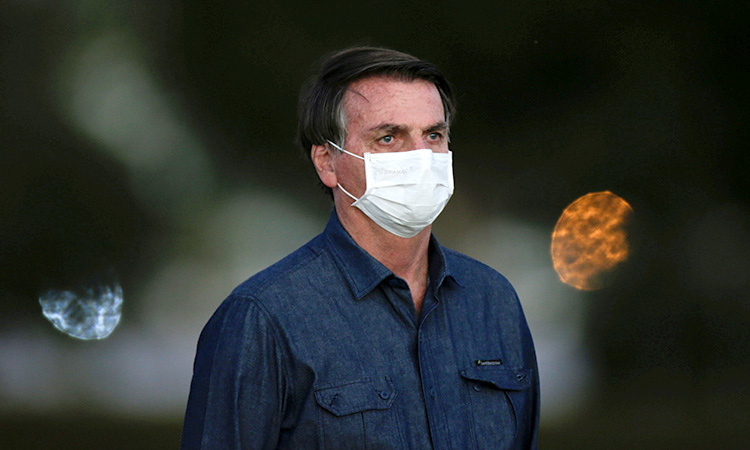 On Monday, Bolsonaro complained of his "horrible" isolation, saying he "can't stand this routine of staying at home", the Independent newspaper reported on Wednesday. 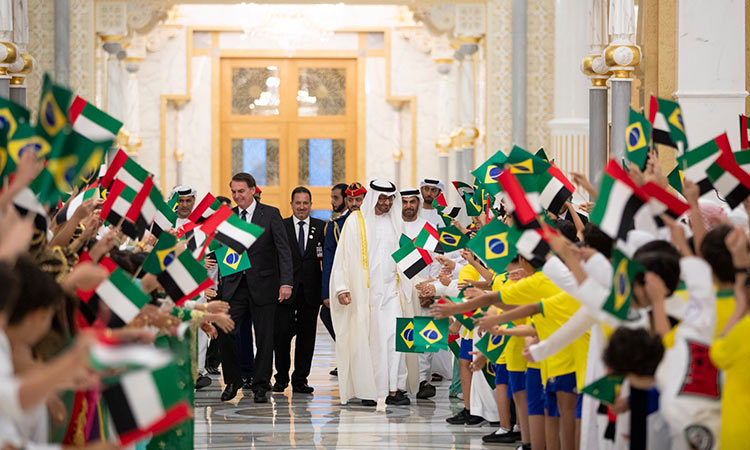 An official reception for Brazil president took place at the Presidential Palace in Abu Dhabi, where the national anthem of Brazil was played, followed by a 21-gun salute.