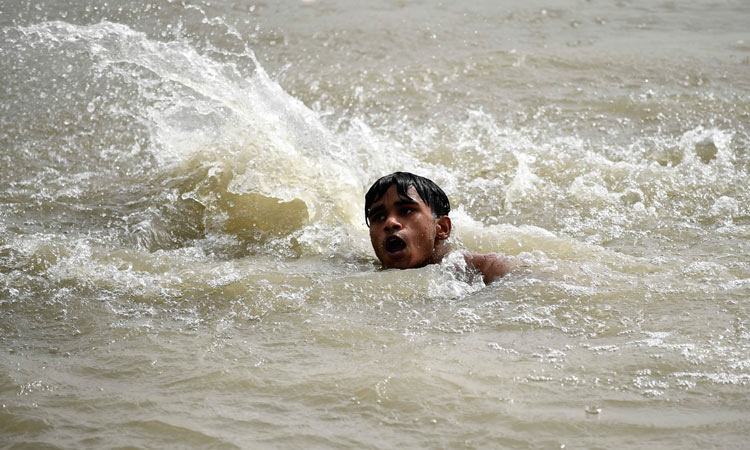 
They were part of a 13-strong group of youngsters who decided to go for a picnic and some entered the waters to swim.

As they were swimming, strong currents built by the waterfall swept five of them into deep waters and they could not be traced.

The others alerted the local fire brigade and SDRF teams which search the area for over four hours and finally recovered the bodies of the five victims.

"We have sent the bodies for autopsy at the Jawhar local hospital. It is not clear whether they had consumed alcoholic drinks. From preliminary investigations it is learnt that none of the victims were swimmers and could not fight the forcefully churning waters there," Lengare told media persons.

Locals said that it was shocking how such a large group of youngsters managed to sneak out for a picnic at the height of ongoing lockdown in the district.

The picturesque Kal Mandavi waterfalls has three falls and is at least 100 metres deep. It flows round the year, but due to the recent rains, the water force and currents have increased drastically, making it a risky spot.