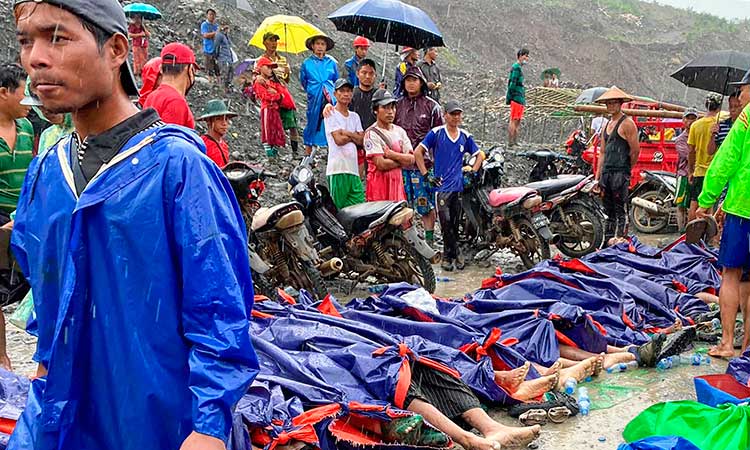 People gather near the bodies of victims of a landslide near a jade mining area in Hpakant, Myanmar on Thursday. AP

At least 162 people were killed Thursday in a landslide at a jade mine in northern Myanmar, the worst in a series of deadly accidents at such sites in recent years that critics blame on the government's failure to take action against unsafe conditions.

The Myanmar Fire Service Department, which coordinates rescues and other emergency services, announced about 12 hours after the morning disaster that 162 bodies were recovered from the landslide in Hpakant, the center of the world’s biggest and most lucrative jade mining industry.

The most detailed estimate of Myanmar’s jade industry said it generated about $31 billion in 2014. Hpakant is a rough and remote area in Kachin state, 950 kilometers (600 miles) north of Myanmar’s biggest city, Yangon. 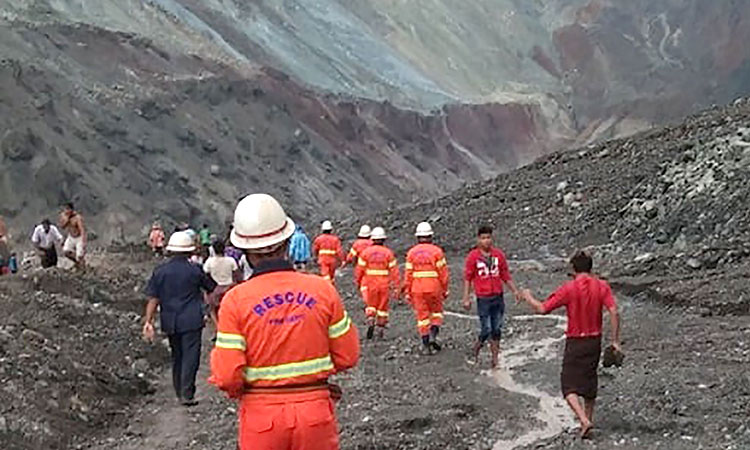 Deadly landslides and other accidents are common in the poorly regulated mines of Hpakant.

A landslide at a jade mine in northern Myanmar killed 162 people Thursday, the central government said, though a local lawmaker said the toll was nearly twice as high.

The Ministry of Information cited the local fire service when giving the death toll at the site of the landslide in Hpakant in Kachin state. 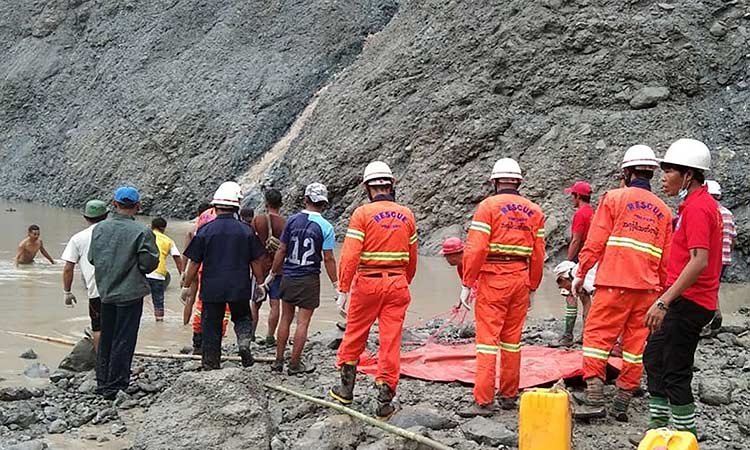 This photo shows rescuers attempting to locate survivors after a landslide at a jade mine in Hpakant, Myanmar. AFP

The area is 950 kilometres (600 miles) north of Myanmar’s biggest city, Yangon, and is the center of the world’s biggest and most lucrative jade mining industry.

A lawmaker from Hpakant, Khin Maung Myint, said local rescue services told him 99 bodies had been recovered and 54 injured people were sent to three hospitals.

The website of 7Day News Journal reported earlier that 200 people were unaccounted for.

Other details of the accident were not immediately available.

Accidents at such mining sites causing multiple casualties are not rare.