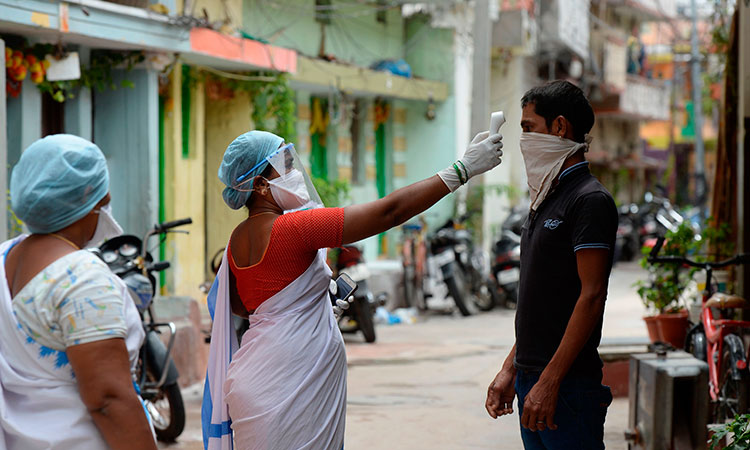 A social worker (centre) checks the temperature of a resident in Hyderabad, India, on Monday. AFP

India on Tuesday reported more than 18,000 new virus cases and 400 deaths after an Indian company said it would start clinical trials of a potential vaccine.

Bharat Biotech said it had received government permission to go ahead with the first two phases of clinical trials after initial studies demonstrated safety. Multiple vaccine trials are in a preclinical stage in India, and several other candidates are being tested around the world. 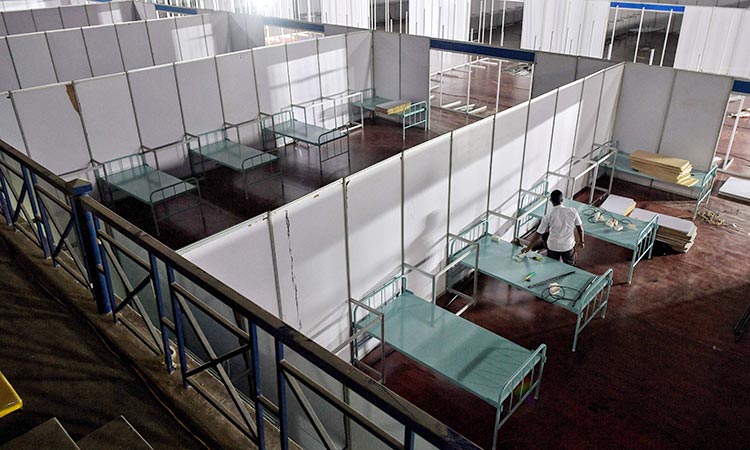 India's outbreaks were initially concentrated in the country’s largest cities, like the capital, New Delhi, and financial hub Mumbai. But worrying increases are occurring in smaller cities with fragile health systems, like Jaipur in the northern state of Rajasthan or Patna in the eastern state of Bihar.

In other developments around the Asia-Pacific region:

- South Korea’s professional baseball league will require fans to wear masks, sit at least a seat apart and prohibit them from eating food in the stands when spectators are allowed back into stadiums. The Korea Baseball Organization said teams will be initially allowed to sell 30% of seats. Fans must buy tickets with credit cards to help trace contacts of any virus carriers. South Korea’s moves to reallow fans in sporting events come despite a virus resurgence. South Korea reported 43 new cases Tuesday but has resisted stronger social distancing measures to avoid hurting the economy. Statistics Korea said the country’s industrial output declined for the 5th straight month in May. 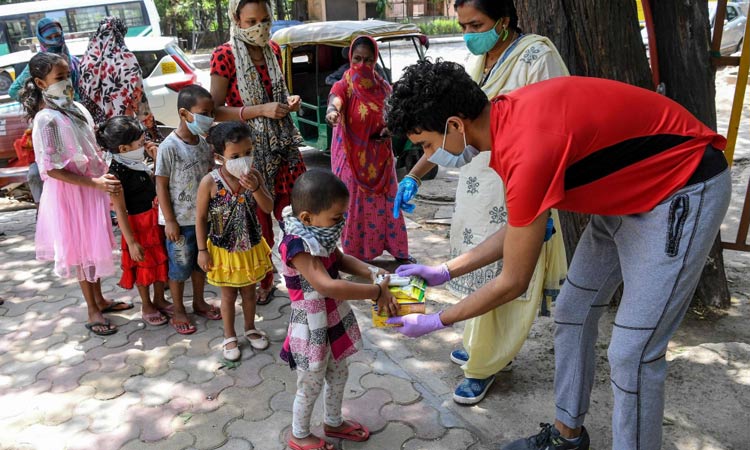 India’s health ministry on Monday reported 14,821 new cases and about 300 new deaths, bring the toll of fatalities up to more than 13,000. The coastal state of Goa reported its first COVID-19 death.