Photos of ‘human-sized’ bat from Philippines blow up the Internet 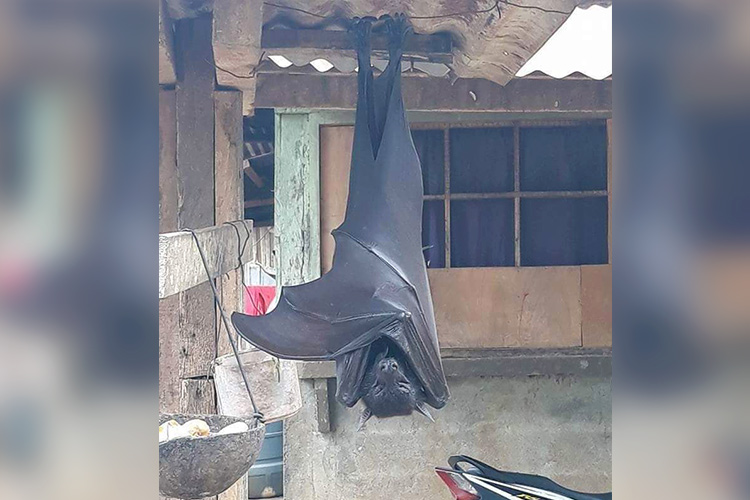 The huge bat hangs from a concrete roof in the Philippines.

Netizens are spooking out over the recent photos of a human-sized bat spotted in the Philippines.

The vampire looking creature was seen hanging from a concrete roof in the island nation.

Twitter user Alex (@AlexJoestar622) shared  the images and said, “Remember when I told y'all about the Philippines having human-sized bats? Yeah, this was what I was talking about…”

“Let me clear things up for a bit

1. It's a 6 year-old human-sized or like about that of a small dog (check the replies)

3. I apologise for using "human-sized." It was how it was referred to me for a very long time and I believed it+” 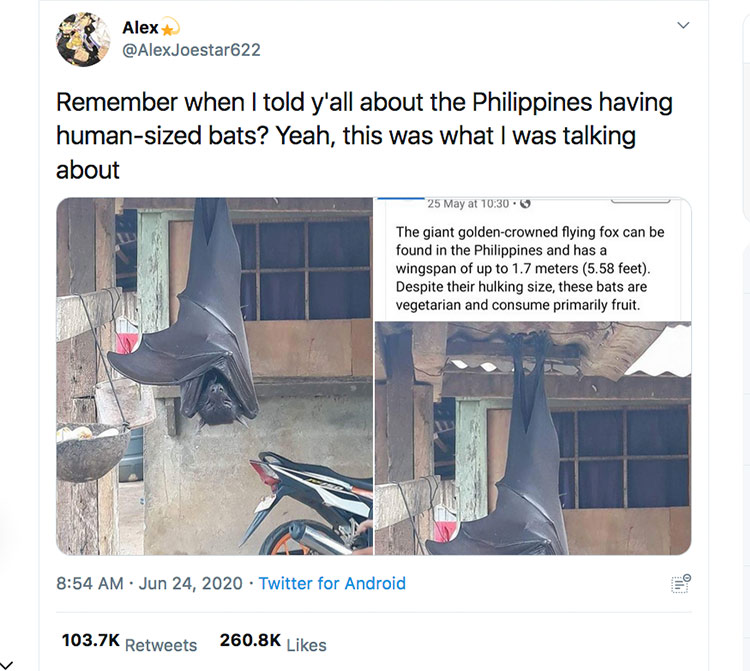 Alex also said, “Before y'all freak tf out, the check the second image and read it like 10 times, I don't want y'all to get scared of bats n shit.”

Over the years, experts in the world have linked bats with the emergence of some the most dangerous diseases – SARS, and now COVID-19, but forget the disease, seeing a bat of that size is enough to frighten people. 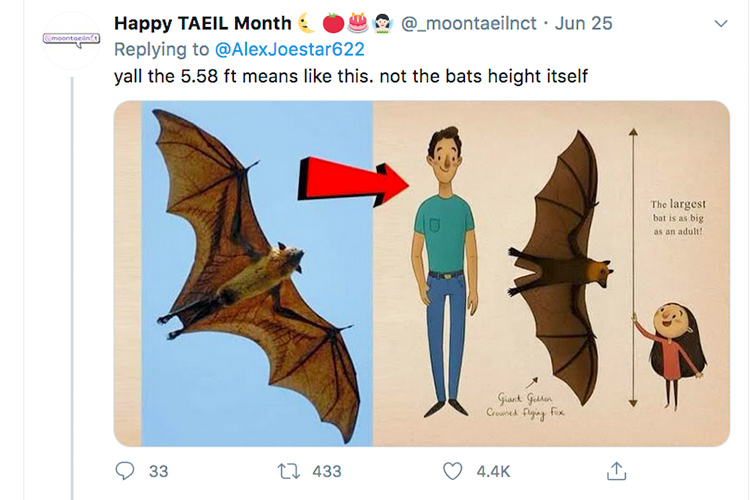 A Twitter user who goes with the name, “this ghost loves yohan” (@louistenantIV) said,

Heya, from the Philippines here. I can confirm this, they have a huuuuuge wingspan but the bodies are not really that big, more or less like the same body as a medium (bit smaller) sized dog. And yeah they only eat fruits, guavas most particularly. They're really gentle too.

@louistenantIV also said, “There are smaller ones hanging around trees and sometimes under roof eaves of some houses back in the provinces, these bigger ones hang around taller trees (but we rarely see them), at least the ones near our old house but last time I saw one in person was almost five years ago.

“And apparently there were larger ones than these in the past, but were probably hunted down too or lost their habitat. Locals don't eat them raw or simply boiled for a bit, however, they roast them. BUT that's illegal now, because these are endangered too.” 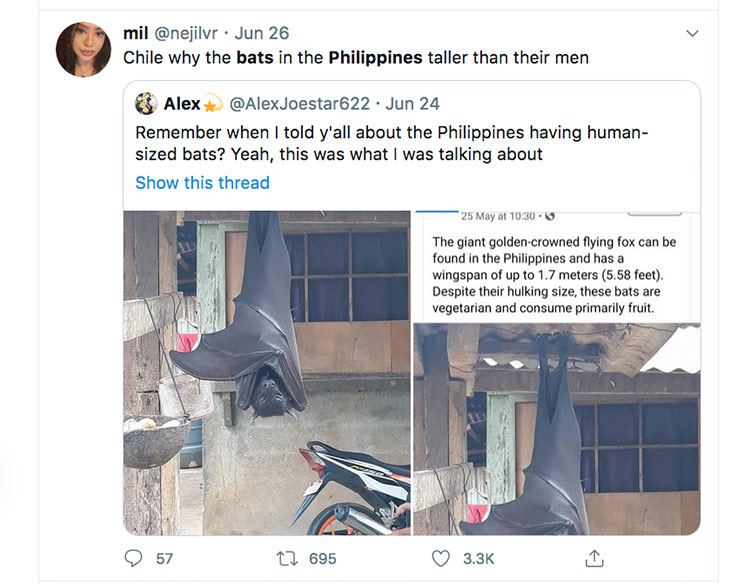 Red Flag said, “Today I learned that the Philippines have human-sized bats (5 and a half foot wingspan). I’m upset.”

Mariani said, “There’s human sized bats in the Philippines and I’m terrified my brain can’t wrap around this concept…”

♛ Aeris ✯ said, Welcome to the Philippines where the bats are taller than the average Filipino…”

Zaid Kassim said, There are hundreds of human sized bats living in Durban Ain't Nothing special about the Philippines lmao…”

Kate said, “Yeah I'm not going home to the Philippines why they got bats bigger than me. Loudly crying face…”

Lexi said, “If I went to the Philippines and saw a bat that was bigger than I am I would just die on the spot…” 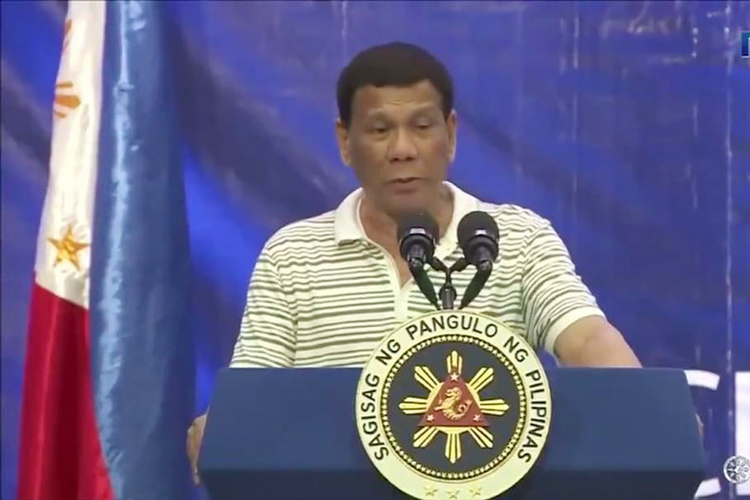