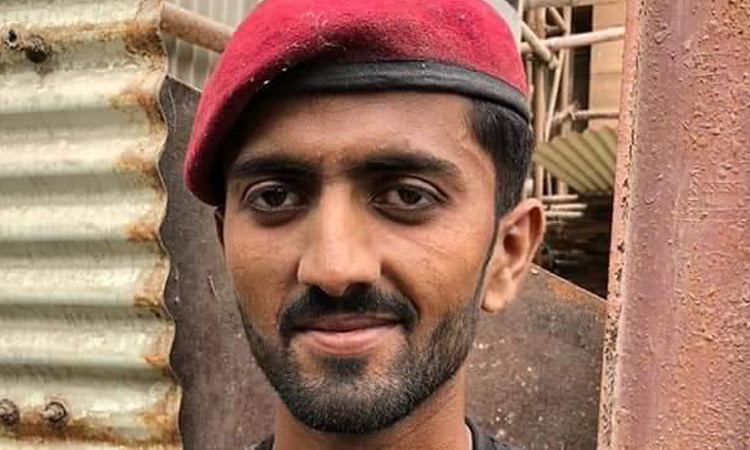 
A brave young Pakistani police officer, Rafiq Sumooro, has described in a video the gunbattle that took place during the Pakistan Stock Exchange (PSX) mass shooting on Monday morning, saying the assailants attacked in a coordinated manner. 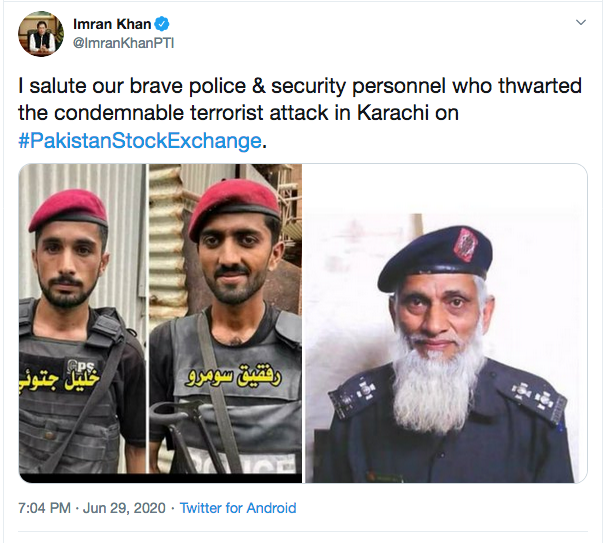 Officer Rafiq, part of the Sindh Police's Rapid Response Force (RRF), said one of the terrorists was launching grenade attacks and another firing shots.

The video of the officer was shared widely online, with social media users calling Rafiq a hero. 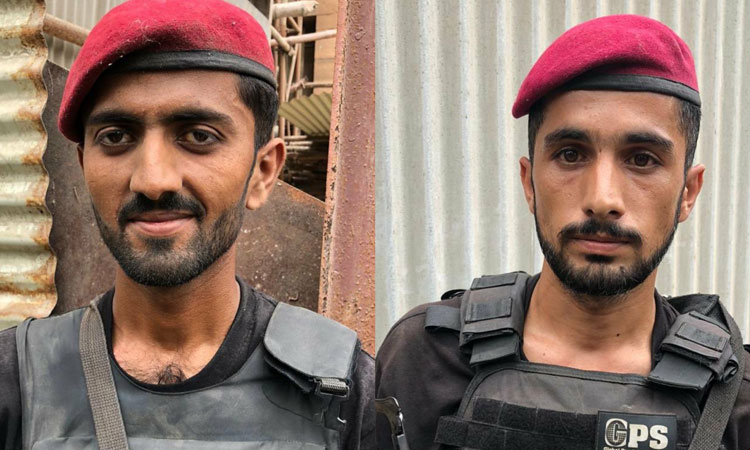 Rafiq Sumooro and his colleague Khalil pose for photo after the attack.

Rafiq said: "I shot one of them dead.... The second guy saw me and ... he took out a grenade. I shot him twice in his hand and his weapon fell down. I then shot him in the head as he tried to pull out the grenade pin. Then I heard someone saying there was another assailant shooting at us. That's what I heard from outside. I stopped firing (momentarily) and retreated. Then we were advised to proceed, with two of us to stay in the front and fire while another gave us cover.

"As one of us started firing, the other (inaudible)... It was just a little ahead from here. As the second one [terrorist] stepped out — and he had seen me — I shot him twice and injured him," the young officer said. 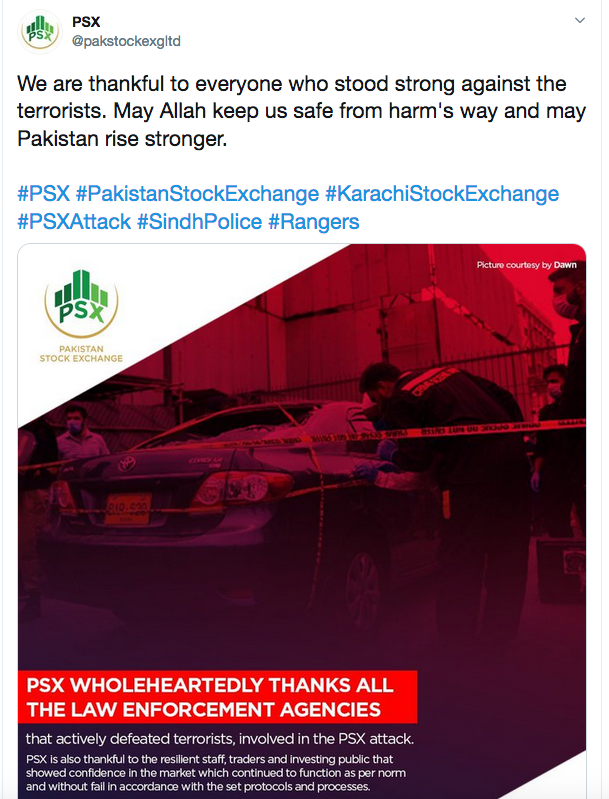 Rafiq then mentioned a pause of milliseconds when one of the assailants attempted to reach other ammunition for a fresh attack but stressed that he was well-prepared for it.

The terrorist "then took out a grenade (to launch at us) so I aimed and fired at his hand and the grenade, as well as the weapon, dropped from his grip.

"As he tried to pull out the pin from the grenade, I shot him straight in the head. He fell to the ground and two of us stepped forward," the officer stated. "There was another one I had shot and injured. Afterwards, my colleague went ahead to continue the operation," he added. 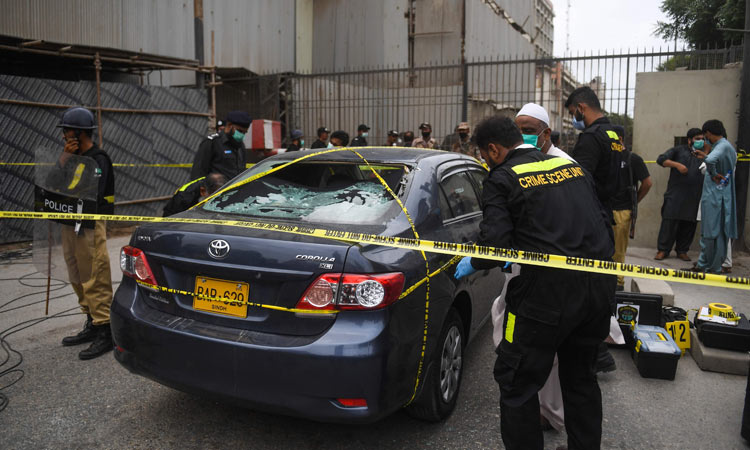 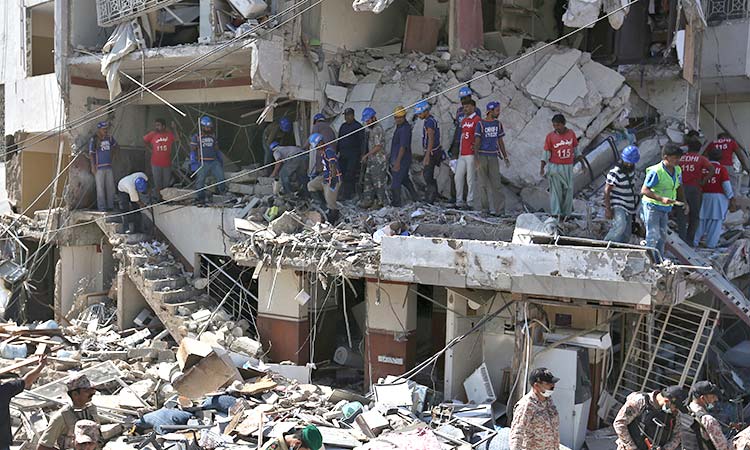