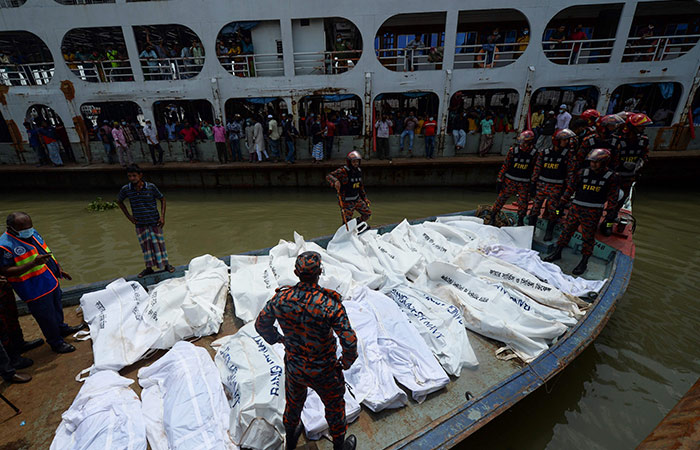 Bodies of the victims that passed away in the accident. AFP

At least 23 ferry passengers were killed in the Bangladesh capital Dhaka on Monday when the vessel sank after a collision, officials said.

The boat had around 50 passengers aboard when it capsized in the Buriganga river that runs along southwest Dhaka, Shahjahan Shikder, a fire service official told Reuters. 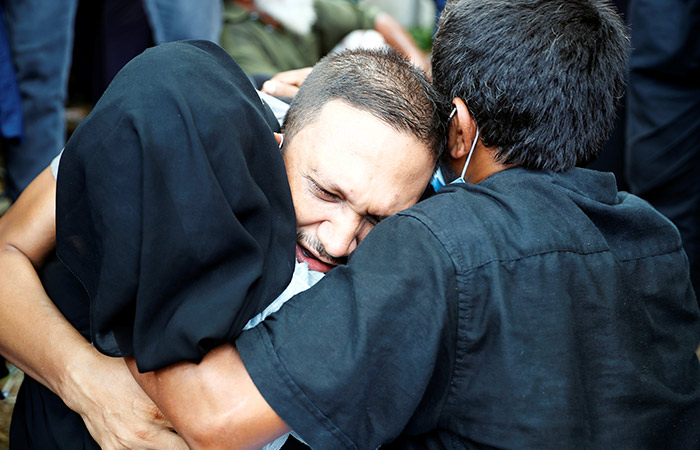 The dead include six women and three children, he added.

Some passengers swam ashore to safety but some were missing. 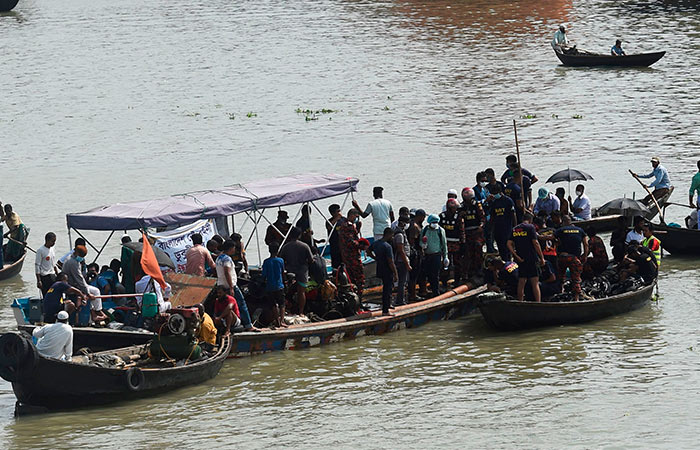 Rescue workers search for victims in the river. AFP

"So far, we have recovered 23 bodies and are looking for those missing," Shikder said.

Hundreds of people die each year in ferry accidents in Bangladesh, a low-lying country that has extensive inland waterways but slack safety standards. 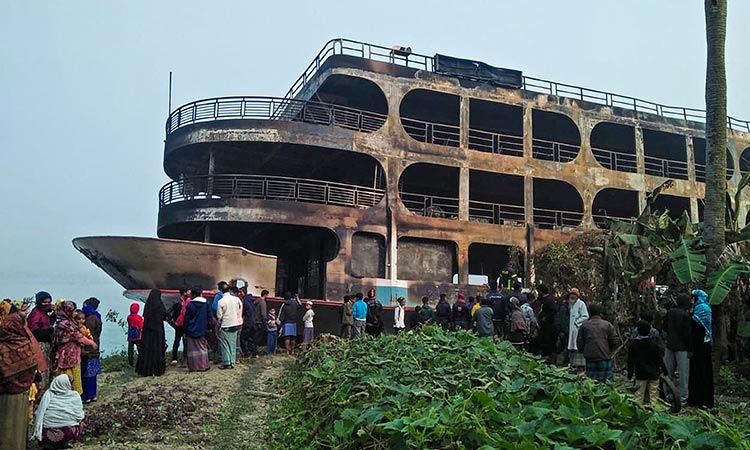 The latest maritime tragedy to hit the impoverished low-lying nation happened in the early hours in a river near Jhalokathi, 250 kilometres (160 miles) south of Dhaka. 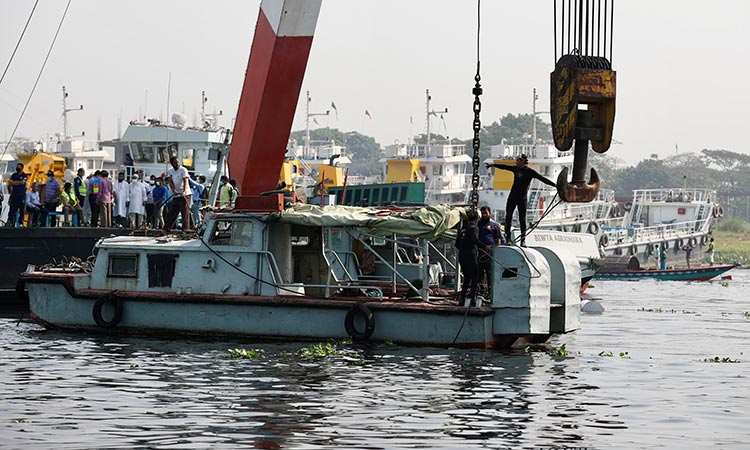