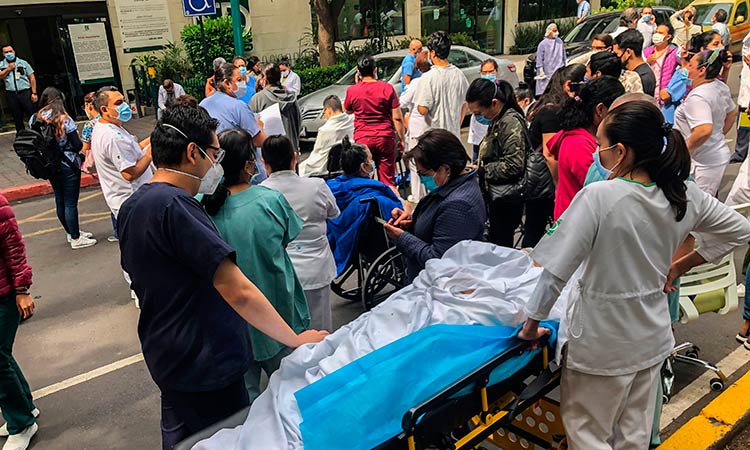 Health workers and patients remain outside the Durango clinic in Mexico City during a quake on Tuesday. AFP

Pope Francis is praying for victims of a powerful earthquake in southern Mexico.

Francis spoke off the cuff during his weekly general audience on Wednesday to express his solidarity with Mexico. Speaking in his native Spanish, Francis said: "Yesterday a violent earthquake hit the south of Mexico causing victims, injuries and enormous damage. Let’s pray for them. May the help of God and our brothers give them strength and support. Brothers and sisters, I am very close to you.”

"We had to leave because there is a risk that the market will collapse. We are hardly selling anything because of the pandemic and now if the market is closed we will have a worse time," said Juana Martinez, 60, a flower-seller in Oaxaca city.

All the deaths occurred in Oaxaca, with the majority due to the collapse of buildings. A woman died near Crucecita, and five other people died in towns located within 150 kilometers of the epicenter, officials said. 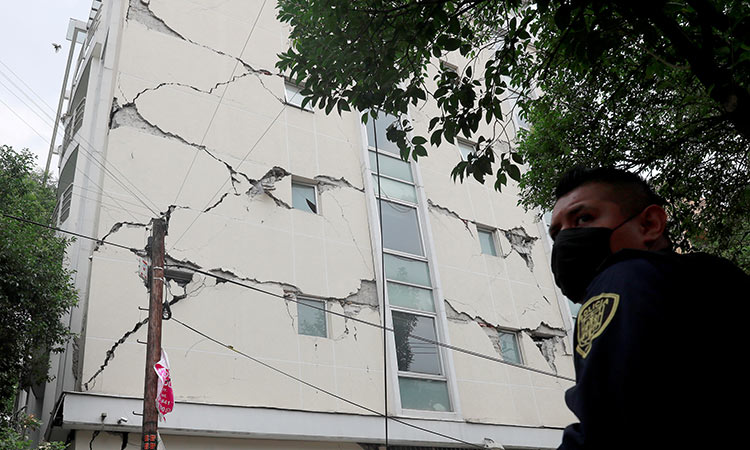 A damaged building is seen after an earthquake in Mexico City. Carlos Jasso/Reuters

The 7.4 quake struck at a depth of 23 kilometers, the US Geological Survey reported.

There was no damage reported to "strategic infrastructure" including ports, airports, refineries and hydroelectric plants, President Andres Manuel Lopez Obrador said in a video published on social media.

Mexican Oil said its refinery in Salina Cruz in Oaxaca had been shut down as a precaution after a fire broke out at the plant "that was immediately stifled." 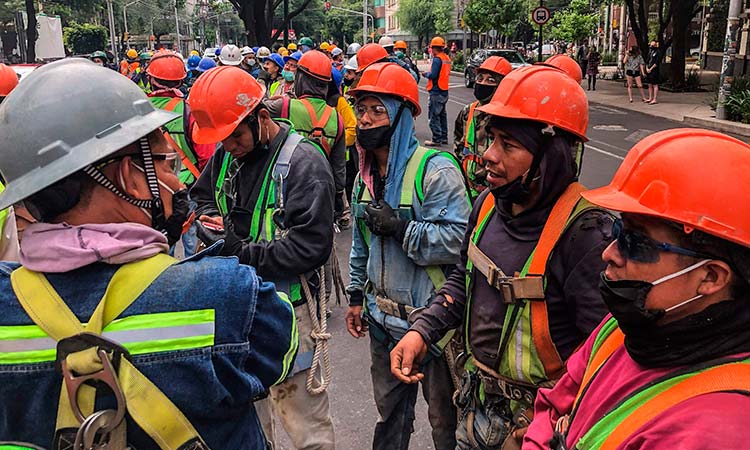 Construction workers gather in the street in Mexico City during a quake on Tuesday. Pedro Pardo/AFP

One of the dead from the earthquake was a worker at the refinery, who was killed after falling off a high structure.

Other refineries in the state are operating as normal, Mexican Oil said.

Rescuers were battling to reach a remote area of the rugged state amid reports that 15 workers had become trapped while constructing a highway.

The quake also caused slight damage to four hospitals and a clinic, as well as to churches, markets and other buildings, authorities said. 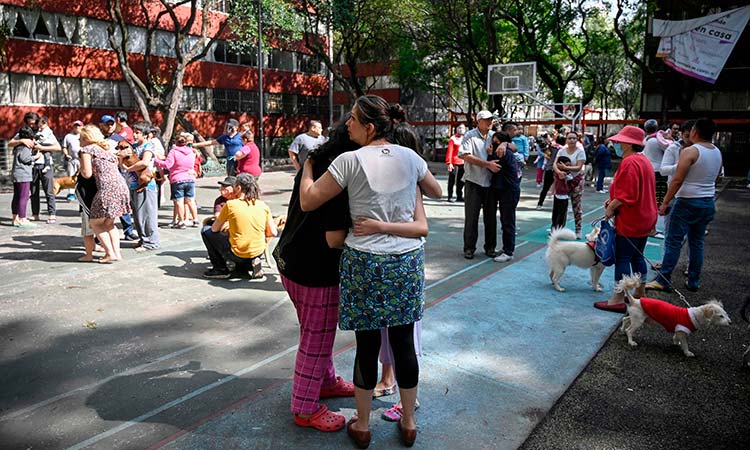 People remain outside buildings in Mexico City during a quake on Tuesday. Alfredo Estrella/AFP

Six hours after the quake, 447 aftershocks had been recorded across the region, the strongest at a magnitude of 4.6.

The US Pacific Tsunami warning center initially said hazardous waves as high as three meters could strike anywhere within 1,000 kilometers of the quake's epicenter, affecting the Pacific coast of Mexico and Central and South America. 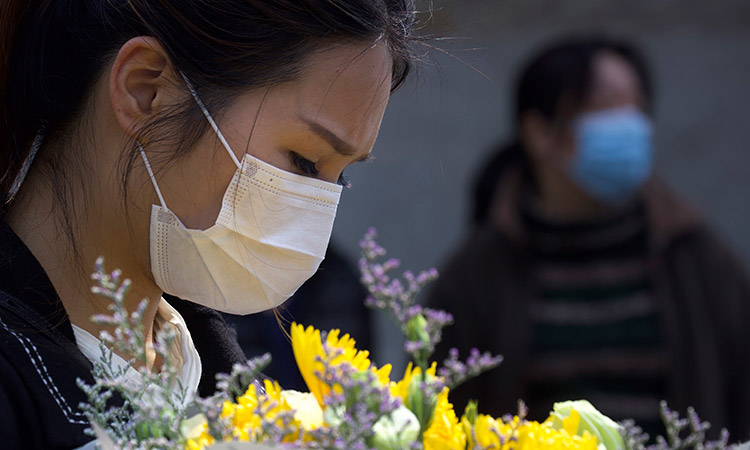