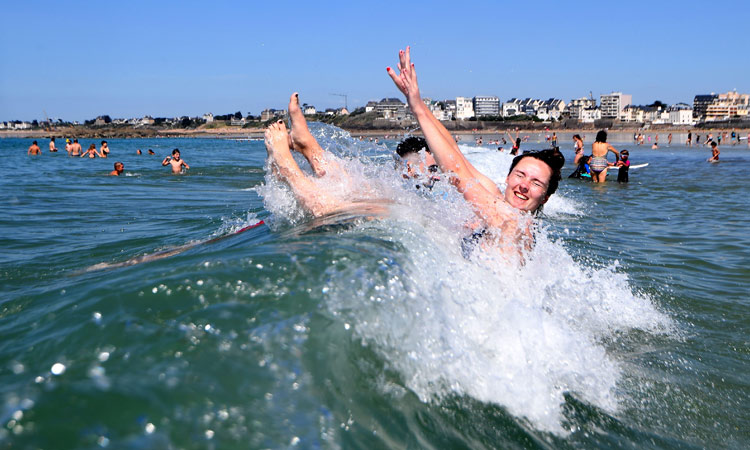 Youth cool off in the sea during a heatwave in Saint-Malo, western France, on Wednesday. AFP

The European Meteorological Service issued a warning of extreme temperatures from the south to the usually cooler north of the continent — with "dangerous" heat forecast for parts of Spain where the mercury could climb as high as 38˚C. 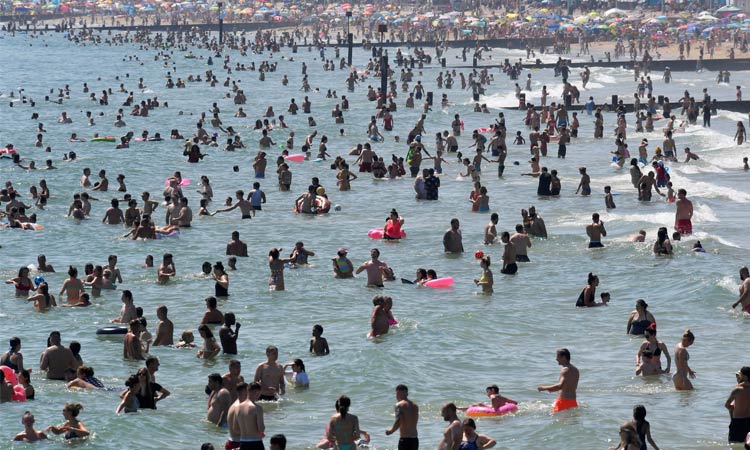 People enjoy the hot weather at a beach in Bournemouth, Britain. Reuters

Brought to Europe by a high pressure system, this was a "short episode" of heat that will last only until the weekend, according to meteorologist Cristina Simoes of Portugal's Lusa weather agency. 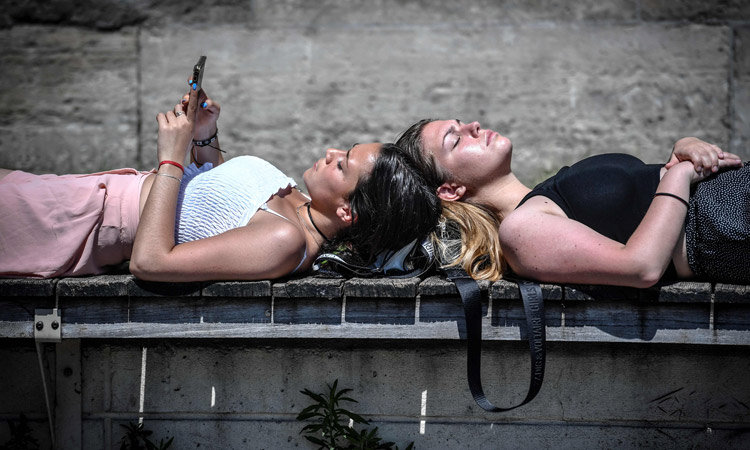 Two women enjoy the sun on the banks of the river Seine. AFP

As the mercury started climbing on Tuesday, beaches, parks and river banks saw an influx of hot and bothered Europeans, with images of large groups gathered often without masks or the required one-to-two-metre infection-safe distance between them.

In Britain, where temperatures are expected to approach — but not break — the 35.6˚C record set for June in 1976 — health officials have expressed concern about the continued defiance of social distancing requirements. 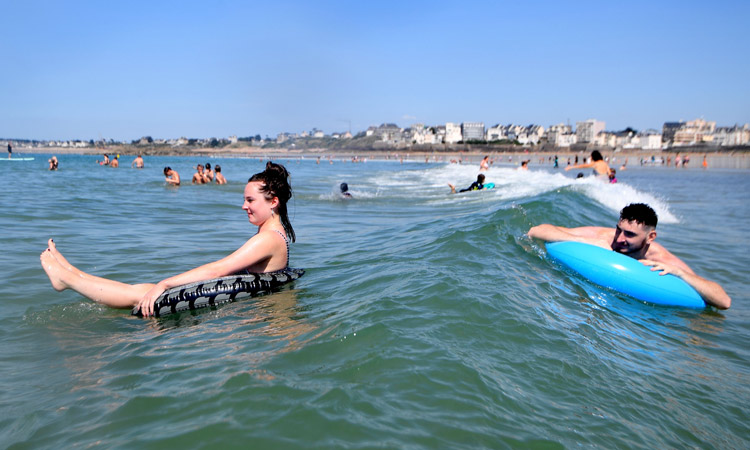 People cool off in the sea during a heatwave in Saint-Malo. AFP

Social care workers are also worried about elderly people shielding from the virus at home in the stifling heat.

"It can be harder to spot someone who may be getting into difficulties and in need of extra help," said Caroline Abrahams, director of the Age UK charity.

In France, the weather agency expected temperatures to exceed 30˚C in most of the country, going as high as 36˚C in the southwest.

Temperatures in the thirties in France are usual for the height of summer, around August, and not the beginning of the season, said climate NGO CARE. 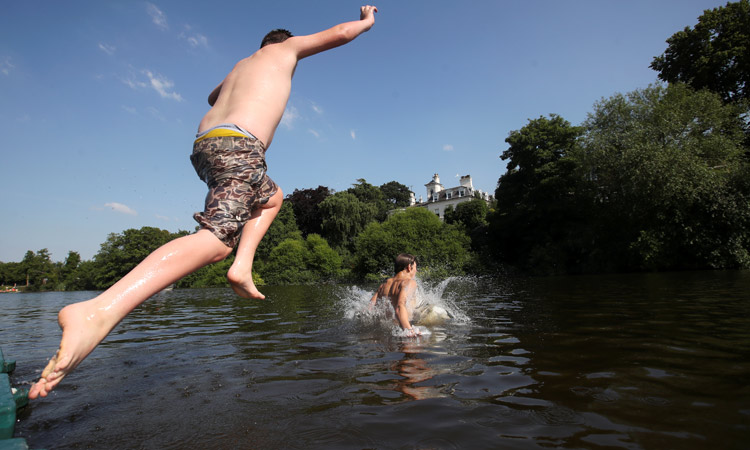 "Over the past few years, we have noticed heat waves arriving ever earlier, everywhere in the world," it said in a statement, blaming global warming.

"A few days ago, a temperature of 38C was recorded north of the Arctic Circle! Such high heat phenomena could be twice as frequent by 2050, so we must expect summers to be ever longer and hotter, and therefore more deadly." 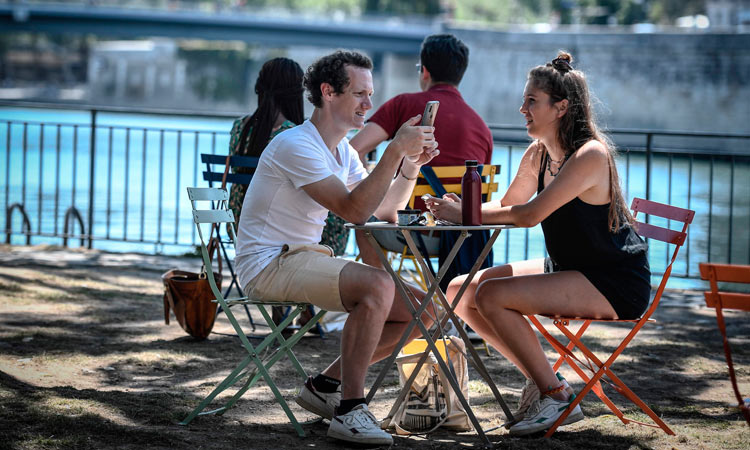 People enjoy the sun on the banks of the river Seine, France. AFP

The World Meteorological Organisation has said it was verifying the worrying temperature record for Siberia.

The World Health Organisation warned people to avoid exposure to the sun or temperatures higher than 25˚C "as there is no evidence that this prevents or cures COVID-19, and it increases your risk of sunburn and heat-related illness.

"You can catch COVID-19 no matter how sunny or hot the weather is, so protect yourself and others by washing your hands regularly, coughing into your folded elbow or a tissue, and avoiding touching your face," stated the WHO website.