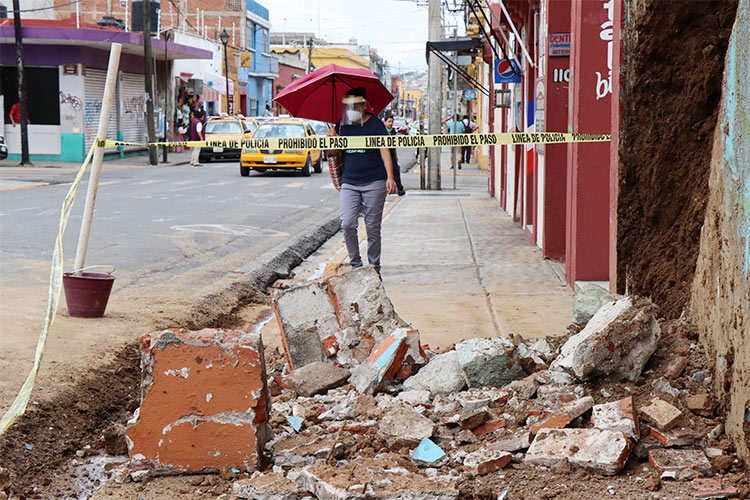 A woman walks by debris from a building damaged during a quake in Oaxaca, Mexico. Reuters

A powerful earthquake centered near the southern Mexico resort of Huatulco killed at least 4 people, swayed buildings in Mexico City and sent thousands fleeing into the streets.

Mexico President Andrés Manuel López Obrador said one person was killed and another injured in a building collapse in Huatulco, Oaxaca. Otherwise he said reports were of minor damage from the magnitude 7.4 quake, including broken windows and collapsed walls. Oaxaca Gov. Alejandro Murat later said a second person was killed in an apparent house collapse in the tiny mountain village of San Juan Ozolotepec.

The state-run oil company known as Pemex said the quake caused a fire at its refinery in the Pacific coast city of Salina Cruz, relatively near the epicenter. It said one worker was injured and the flames were quickly extinguished.

López Obrador said there had been more than 140 aftershocks, most of them small. 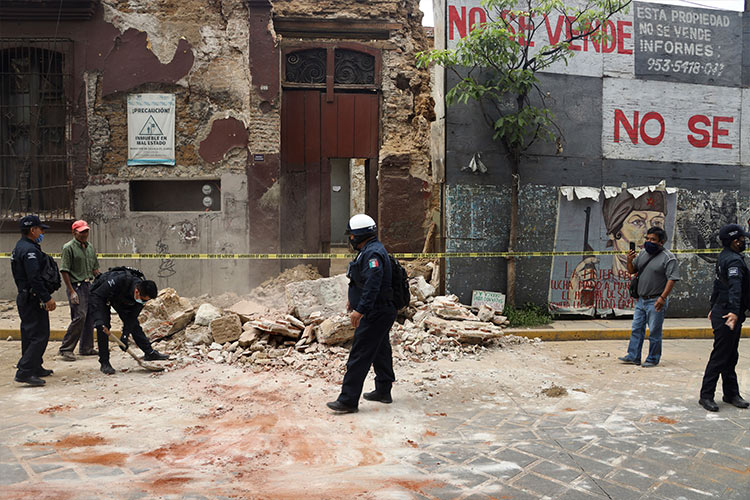 A policeman removes rubble from a building damaged by an earthquake in Oaxaca. AP

Groups of people still milled around in close proximity on streets and sidewalks in some neighborhoods of the capital about an hour after the quake. Many were not wearing masks despite past appeals from municipal officials for them to do so as a way to curb the spread of the new coronavirus.

Inside a Mexico City military barracks converted to COVID-19 hospital, medical staff suited in protective equipment tried to calm anxious patients. Unable to evacuate isolation areas, patients huddled under a large beam in the women's ward while a nurse tried to calm one having a panic attack.

Teresa Juárez could only wish for it to pass quickly from her hospital bed where she lay connected to oxygen. Diabetic and with high blood pressure, Juárez said she thought about her five children. "It's horrible, you're here and you don't know what to do,” she said.

The US Geologic Survey said the quake hit at 10:29 a.m. (11:29 a.m. Eastern) along Mexico's southern Pacific coast at a depth of 16 miles (26 km). The epicenter was 7 miles (12 km) south-southwest of Santa Maria Zapotitlan in Oaxaca state

It was felt in Guatemala and throughout south and central Mexico.

In Huatulco, a laid-back beach destination known for surfing and small protected coves, the earthquake knocked goods off shelves and some rubble from buildings.

Mari González of the Princess Mayev hotel in Huatulco said staff and guests were able to evacuate the building before the quake, but that 45 minutes after the initial quake they were still outside as strong aftershocks continued.

"It was strong, very strong,” she said.