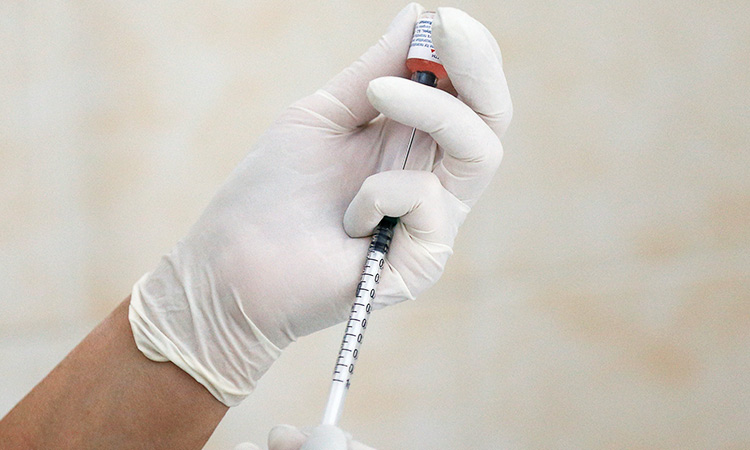 WHO Special Envoy on COVID19 Dr. David Nabarro also emphasised that inasmuch as the development and worldwide availability of the vaccine is not soonest, everyone must be conscientious as well as be more responsible in practising all the protocols against the deadly contagion.

British Nabarro went on to say that no pandemic requires or needs rebels or the “rebellious.” It was based on his own personal experience in one of his commutes in France where he resides and wherein he asked a group why they were not wearing the mandatory medical face masks in public. The retort was, “We are rebels. We are not going to give in to government.”

Nabarro shared this and expressed his views on COVID19 on Monday and at the eighth annual “World Government Summit 2020,” organised by the Dubai Government since 2013 and under the patronage of His Highess Sheikh Mohammed Bin Rashid Al Maktoum, UAE Vice President, Prime Minister and Ruler of Dubai.

In welcoming the 756 virtual summit participants, UAE Minister of State for Artificial Intelligence Omar Al Sultan Al Olama said the gathering was significant as “no country is an island” and all governments must stand side-by-side and jointly work in the continuing warfare against the “pandemic which has crossed borders.”

WHO director general Tedros Adhanom Ghebreyesus keynoted after a video that featured the 1918 Spanish Flu and the COVID19 at which he described the former as having killed more than the death toll of World War I. His speech raised the need for the world to be always afoot against any unforeseen and unexpected outbreak or health global crisis which would only be realised if and when governments unlearn political bickerings as well as prioritise and therefore invest in public health and universal health coverage.

“There is a desperate need for national unity and global solidarity. None of us are safe until we all are. It is about humanity,” Ghebreyesus said.

On the rebels and the rebellious, Nabarro said: “There (is no room) for rebellious behaviour. The virus will not only affect (one person) but everyone else. The virus is (still around). It will affect everyone and I am already in that vulnerable age.”

Nabarro’s argument was in accordance with the essence of “people, place and public health” or awareness and sensitiveness on humanity through which economies would at least survive and get going.

A country with a population poor in health will not thrive.

On the availability of the vaccine, Nabarro based his answer on his work experience on the malaria and HIV situationers: “We do not have the vaccines for (these) until now. I am just saying that there will be no vaccine quickly and within this year unless a miracle happens.”

Stating that while ongoing in the US, China and Europe are the research and development for possible “candidate vaccines,” Nabarro added that the safety and efficacy tests for new vaccines span six months.

Moreover, he stressed that these “candidate vaccines” must be proven safe “with no side effects” and people would not end up acquiring another form of sickness.