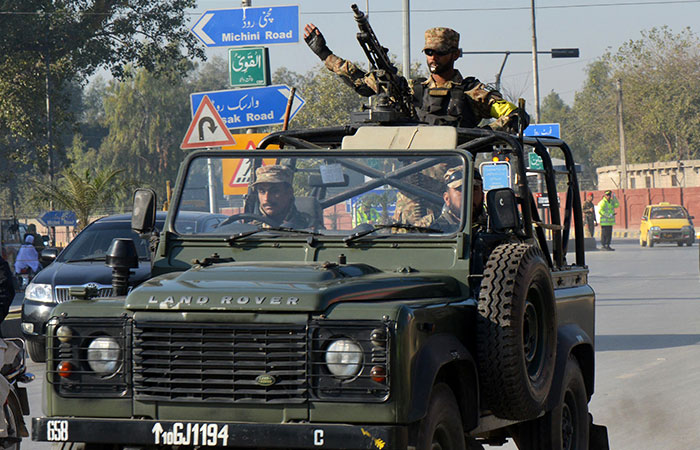 Two members of the Rangers -- an elite paramilitary security force -- were killed after an improvised explosive device detonated near their vehicle in the city of Ghotki in Sindh province, senior police officer Hafiz Abdul Qadir told AFP.

A security official who spoke on condition of anonymity confirmed the attack, in which a passerby was also killed.

The second attack came hours later in the port city of Karachi when a grenade was hurled at a line of people waiting outside a government welfare office, killing one and injuring eight others, according to a statement from municipal authorities.

No groups have claimed responsibility for either of the attacks.

Karachi was once a hotspot for rampant crime and political and ethnic violence, with heavily armed groups tied to politicians frequently gunning down opponents and launching attacks on residential areas.

However the situation has largely stabilised in recent years following operations by security agencies against armed political outfits.

The operations were coupled with a series of large-scale military offensives targeting homegrown insurgents as well as Taliban and Al-Qaeda-linked militants -- often based near the lawless border with Afghanistan.

Militant groups however still retain the ability to launch periodic attacks in many rurals areas of the country.

In 2017 the Islamic State claimed a suicide blast at a Sufi shrine in Sindh which killed 90 people, in one of the bloodiest attacks to hit the province in years.

The rural region is home to some of Pakistan's most impoverished areas with powerful landowners holding vast sway over large populations of effectively indentured labourers, who have little in the way of access to education, healthcare or upward social mobility.