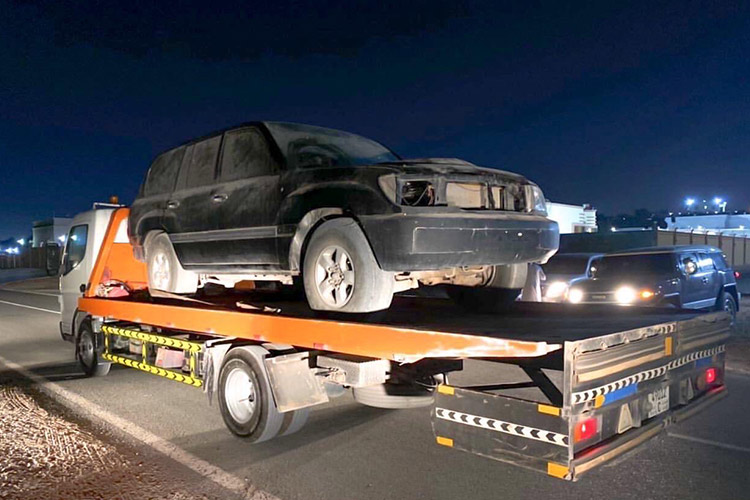 The seized car was taken to the RAK Police impounding yard.

The General Command of Ras Al-Khaimah Police seized a vehicle and took the driver into custody.

The motorist was performing dangerous stunt, driving recklessly, and putting his safety and the safety of others at risk.

The Ras Al Khaimah Police confirmed that they would not tolerate any nuisance and urge everyone not to violate the laws and regulations that threaten the safety of others.

The Police also stressed that severe penalties will be the imposed upon those tampering with the homeland security and the safety of the citizens and the residents.

The details of the incident are credited to the detective team in seizing the car of the young man, after he undertook dangerous demonstrations.

The police proceeded with the search and investigation process upon receiving a report.

The team succeeded in identifying the man and the vehicle was seized, while the file was referred to the competent authorities to complete the legal procedures.

In May, the Ras Al Khaimah Police arrested two youths in their 20s and 30s and seized their vehicles, for performing dangerous stunts in the streets in the evening.

It emerged that two people were involved in reckless driving and performing dangerous stunts by using two four-wheel-drive vehicles.

As soon as the information was received, the Ras Al Khaimah Police engaged in the search and investigation process until they succeeded in identifying the drivers.

The police took them into custody and seized two vehicles used in the stunts. The duo was referred to the competent authorities to complete the legal procedures.

The Ras Al Khaimah Police said that they would crack down on lawbreakers who threaten the safety of others. 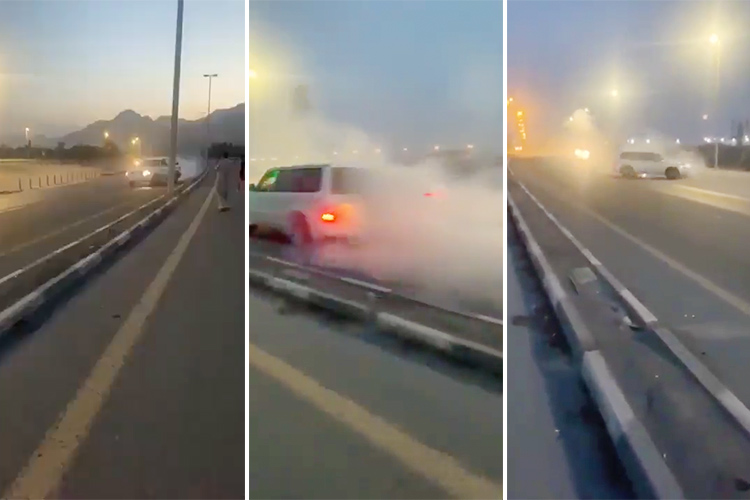