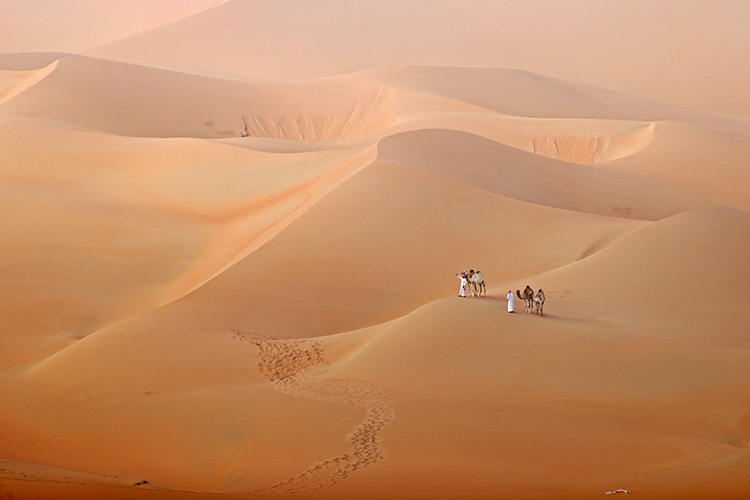 Emirati men walk their camels across the dunes in the Rimah desert, Al-Ain. File/ AFP

Abu Dhabi Police have denied reports that an Emirati man died of starvation in the desert. The police revealed the facts about the young man who went missing on May 12, 2020.

The man’s body was found in one of the desert areas of Al Ain.

The Police explained that authorities are currently completing the investigations regarding the incident; and denied what the social media circulated in recent days.

Emirati man ordered to do community service over reckless driving

The Police urged residents to check with competent authorities for facts.

Police have urged social media users not to publish any news, rumours and false information that are not obtained from reliable and credible media sources.

On the other hand, the National Emergency Crisis and Disaster Management Authority (NCEMA) is urging members of the public to refer only to UAE Government websites and official social media platforms to confirm the announcements regarding travel protocols for citizens and residents of the country.

NCEMA has stressed the importance of obtaining news from the official authorities and called on all public to ensure the authenticity of the information before circulation. Individuals who spread incorrect information and rumors will be exposed to legal repercussions and fines will be applied.