Coronavirus is still killer and spreading, says WHO - GulfToday 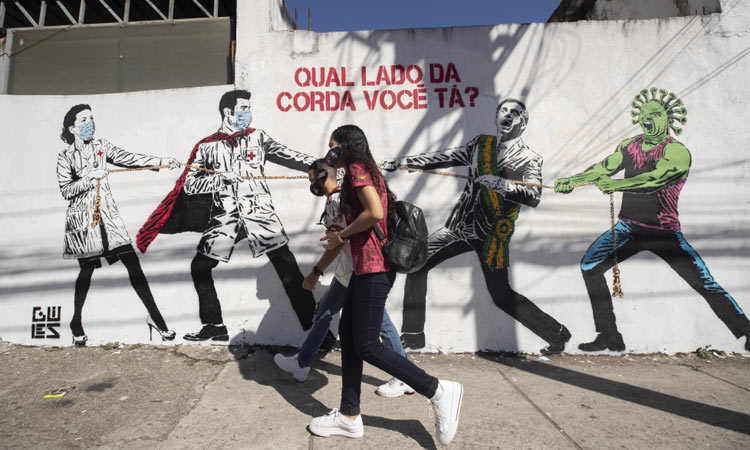 Pedestrians walk past a mural, with a message that reads: 'Which side are you on?,' in Sao Paulo. AP

The coronavirus pandemic is accelerating, with Thursday's 150,000 new cases the highest in a single day and nearly half of those in the Americas, the World Health Organisation (WHO) said on Friday.

"The world is in a new and dangerous phase," Director General Tedros Adhanom Ghebreyesus told a virtual briefing from WHO headquarters in Geneva. "The virus is still spreading fast, it is still deadly, and most people are still susceptible." 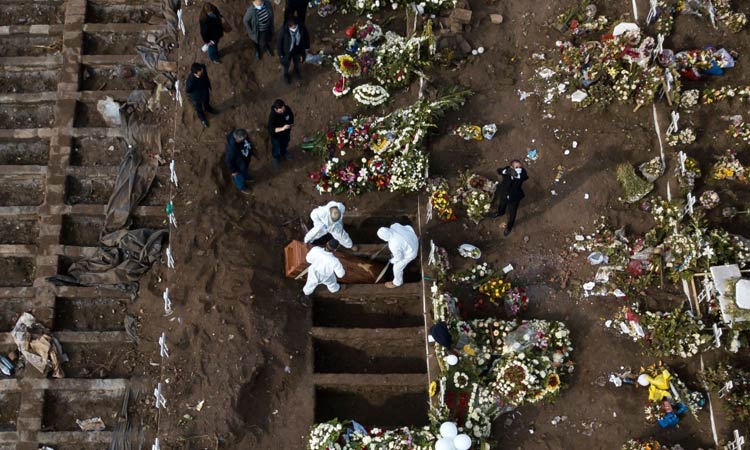 Aerial view showing a burial of a victim of COVID-19 at the General Cemetery in Santiago. AFP

Tedros, whose leadership of the WHO has been severely criticised by US President Donald Trump, urged people to maintain social distancing and "extreme vigilance."

As well as the Americas, a large number of new cases were coming from South Asia and the Middle East, Tedros added.

WHO emergencies expert Mike Ryan drew attention to the situation in Brazil, where he said there had been 1,230 additional COVID-19 deaths in the previous 24 hours.

About 12 per cent of infections in Brazil involved healthcare workers, he added, praising their bravery.

Brazil has the world's worst outbreak outside the United States, with 978,142 confirmed cases and 47,748 deaths.

With many nations easing restrictions but fearful of a second wave of infections, Ryan urged a gradual and scientific approach.

"Exiting lockdowns must be done carefully, in a step-wise manner, and must be driven by the data," he said. "If don't know where it is the chances are the virus will surprise you." 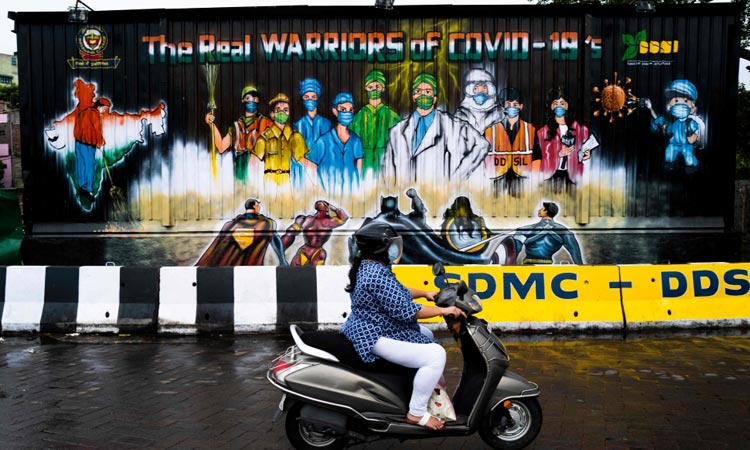 A woman rides past a mural painted on a garbage dump after the government eased a nationwide lockdown in New Delhi. AFP

Ryan said the resurgence of new clusters did not necessarily mean a second wave, while "second peaks" were also possible in one wave. The emergencies expert praised Germany, China and South Korea for their handling of the pandemic.

With trials underway around the world to find medicines and a vaccine for COVID-19, WHO officials warned that large-scale testing would be needed with side-effects carefully monitored.

"Although it is not impossible to find a vaccine ... it's going to be a very difficult journey," Tedros said.