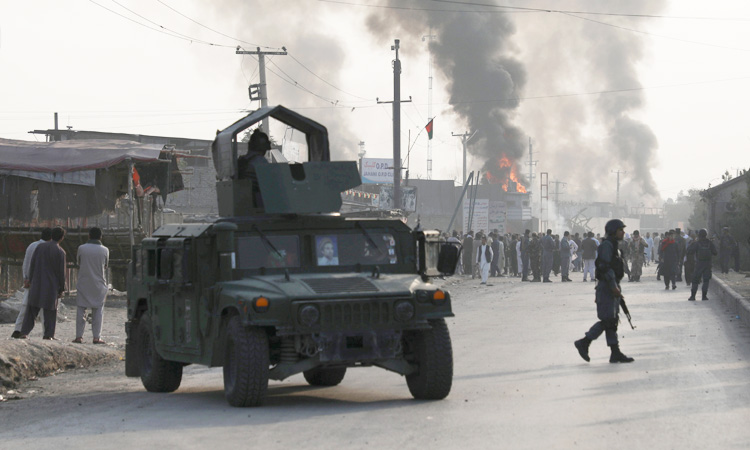 Two separate attacks in Afghanistan have killed at least 18 people amid a wave of violence across the country, local Afghan officials said on Saturday.

He added that one policeman was wounded and another one was still missing after the attack in the remote village in the Pasaband district.

The police spokesman said that the target of the attack was among the dead — Abdul Wali Ekhlas, a candidate in last year's parliamentary elections who didn't win a seat.

No one immediately claimed responsibility for the attacks in Khost province. Violence has spiked in recent weeks in Afghanistan with most of the attacks claimed by the local Daesh group affiliate.

On Friday, a bomb explosion inside a mosque in the capital, Kabul, killed at least four people, including the prayer leader.

The United States blamed the IS affiliate for a horrific attack last month on a maternity hospital in the capital that killed 24 people, including two infants and several new mothers.

The Daesh group, which reviles Shiites as heretics, has declared war on the country’s minority Shiite Muslims, but has also attacked Sunni Muslim mosques.