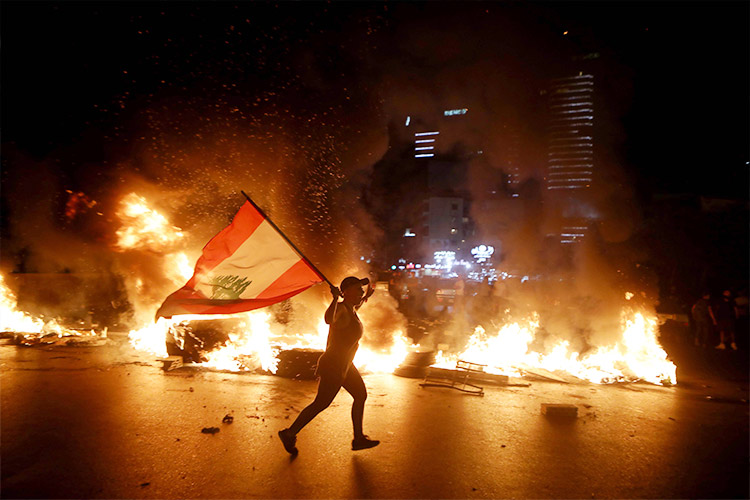 Lebanon's prime minister held an emergency Cabinet meeting on Friday after a night of raging protests that saw demonstrators shut down roads across the country with burning tires in renewed protests spurred by a plunging national currency.

Protesters in central Beirut pelted police and soldiers with rocks and smashed some storefronts, drawing volleys of tear gas. 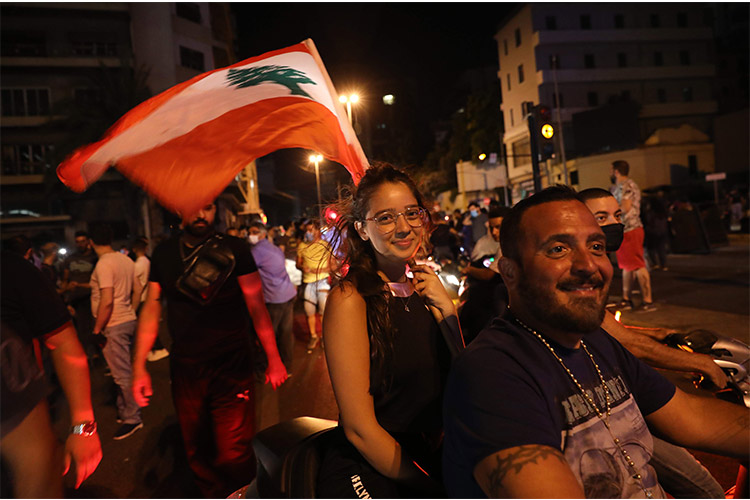 Lebanese anti-government protesters smile as they take part in a demonstration in Beirut. AFP

Some protesters set fire to a private bank, while others threw stones at the offices of other banks in an expression of anger at their perceived role in deepening their economic malaise.

"Three glass windows were broken in the front and the back, the fridge and the phones. And they broke the photocopy machines and the chairs. ... I am not sure yet what is the estimated material loss," said the owner of a travel agency in downtown Beirut.

Put love in everything that you do believes Nadine Chammas

Security forces reopened blocked roads early on Friday as the protests calmed. Prime Minister Hassan Diab canceled his scheduled meetings for the day and called for an emergency session to discuss the crisis. Riad Salameh, the governor of the central bank who has been singled out by Diab for his mishandling of the situation, was taking part in the meeting.

The renewed demonstrations amid calls for Diab's resignation are a huge challenge for the prime minister who took over in December after his predecessor, Saad Hariri, resigned amid nationwide protests late last year. His government is supported by Hizbollah and its allies and has been weakened by the crisis. 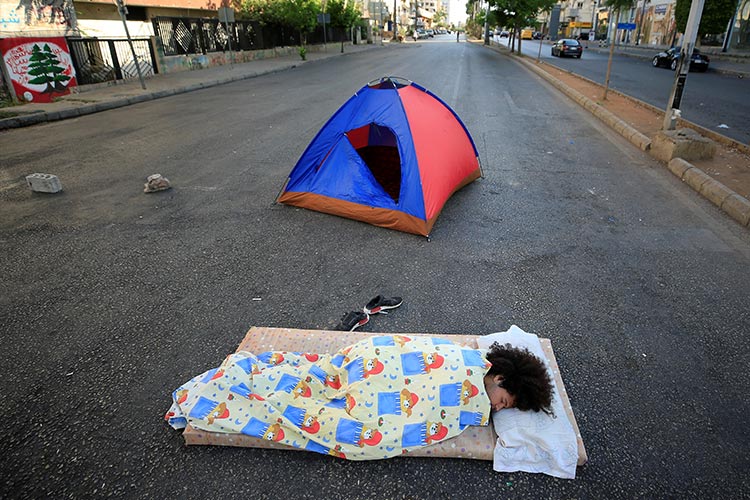 A demonstrator sleeps on the ground to block a road in Sidon. Reuters

Despite efforts to control the currency depreciation in recent weeks, the Lebanese pound tumbled to more than 6,000 to the dollar on Thursday, down from 4,000 on the black market in recent days. The pound had maintained a fixed rate of 1,500 to the dollar for nearly 30 years.

The crash appeared to reflect the growing shortage of foreign currency on the market amid the crisis . It also signaled panic over new US sanctions that will affect neighbouring Syria in the coming days as well as lack of trust in the government’s management of the crisis.

The heavily indebted Lebanese government has been in talks for weeks with the International Monetary Fund after it asked for a financial rescue plan but there are no signs of an imminent deal.