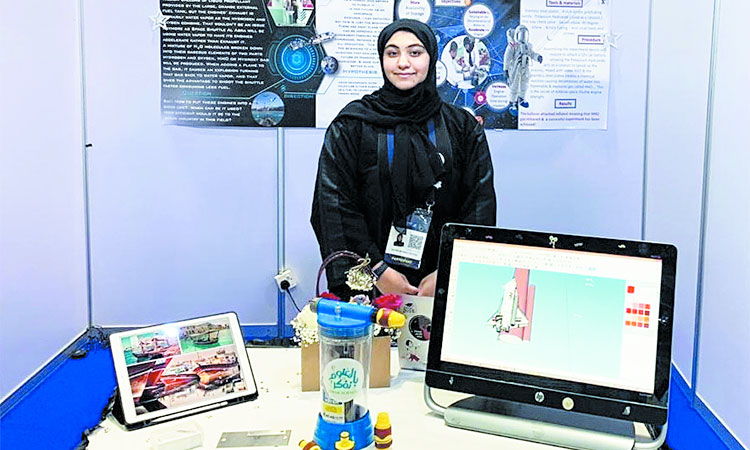 An Emirati female student from the Khalifa University of Science and Technology named Mohra Wessam Al Saygh has  invented a model for a spacecraft which uses steam energy to accelerate the launch process. It does not waste energy, and takes advantage of the high temperatures of the spacecraft’s internal engines while preparing for its launch, as it produces a gas called hydroxy, which can be used to accelerate the spacecraft.

The student who has specialised in aerospace engineering said the speed of the spacecraft amounts to 2,900 km per hour, while its weight is approximately 2,200 tons, accommodating seven people, and carries about 2,200 kg.

She added, “The tools I used to make this model included a refrigerator filter (as a water store), stainless steel (which aids in the electrolysis process), potassium hydroxide (a catalyst for electrolysis), a transparent hose (for gas flow), an iron piece (to stop gas leakage to the outside), balloon (connected to hose to indicate the gas flow).”

Recently, a NYU Abu Dhabi, NYUAD, Class of 2022 student Cameron John Wehr was named as a recipient of the prestigious Boren Award, which promotes linguistic and cultural immersion within critical language groups, including Arabic, Chinese, Portuguese, and Swahili.

Wehr is the first student from NYUAD to receive this award and will study Mandarin for one year in Beijing, to gain a deep understanding of both Chinese culture and the nation’s environmental policy, NYUAD said in a statement.

The Boren Awards provide scholarships and fellowships for students committed to entering the US civil service. They provide funding to enable students to intensively study a diverse range of languages, alongside being fully immersed in cultures from regions that are underrepresented in study abroad, including Africa, Asia, Latin America, and the Middle East.

Wehr, an American, is majoring in Social Research and Public Policy with a minor in Environmental Studies. He studied in Shanghai for his most recent January Term, NYUAD’s experiential and immersive learning term, which drove him to seek to learn more about Chinese culture and the country’s environmental policy, the University added. 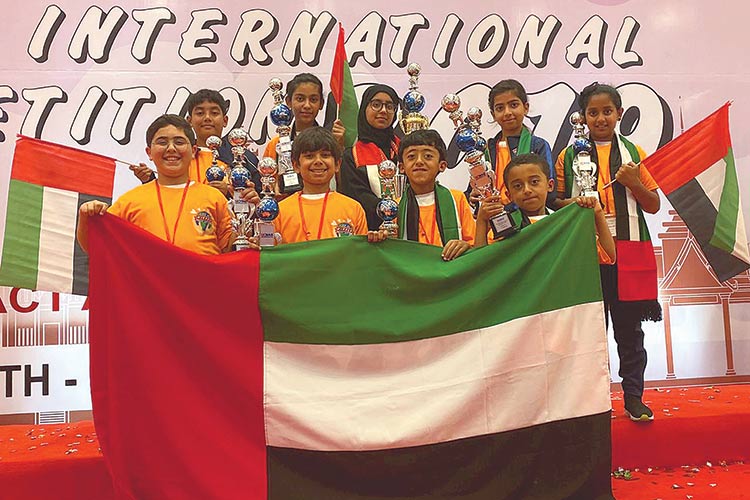 Emirati students made UAE proud by winning prizes at the international maths contest held in Cambodia this week, competing against 4000 students from 40 countries.