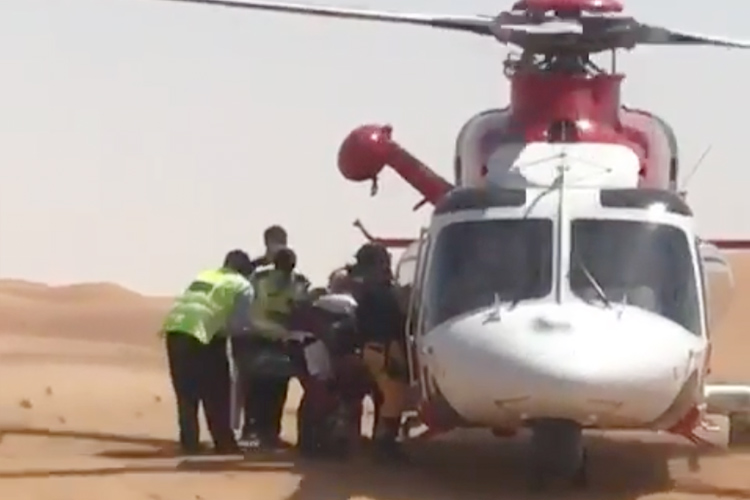 Medical personnel carry the Australian woman to the helicopter.

The National Search And Rescue Centre (NSRC) UAE in coordination with the General Command of Sharjah Police carried out a rescue and medical evacuation mission of a 45-year-old Australian citizen following her desert bike accident in the Al-Bedayer area of the Emirate of Sharjah.

A report was received from the Sharjah Police Operations Room stating that there was a desert bike accident in the Al-Bedayer area, where a group practiced motorcycle hobby in the desert and one of them met with an accident.

As a result, the driver was seriously injured.

The site was traced by systems in the operations room of the National Search and Rescue Center.

With teamwork, the search and rescue team managed to evacuate the injured woman to Al Dhaid Hospital to receive the necessary treatment, and ensured that all precautionary and preventive measures concerning the coronavirus were observed.

Two week ago, the National Search and Rescue Centre rescued three people from the lot of seven people who went missing during floods caused by heavy rain in Wadi Al Helo.

Four people were found dead, while two of the injured were transferred to Kalba Hospital through rescue aircraft. An injured child was transferred to the hospital by witnesses at the time of the incident.

The search and rescue mission was carried out by the National Search and Rescue Centre in collaboration with Sharjah Police General Directorate, Civil Defence, UAE Rescue Team, and Khor Fakkan’s Department of Town Planning and Survey.

The Sharjah Police also pointed out that a rescue mission was successfully carried out after three vehicles were washed away by Wadi Al Helo’s floods. 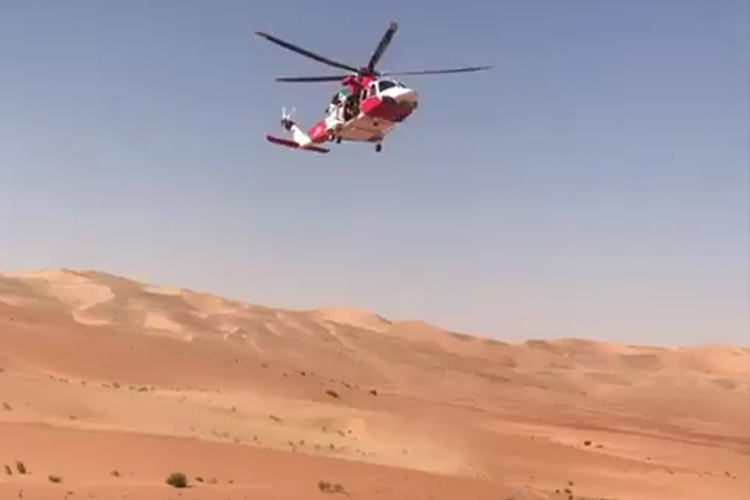 The Abu Dhabi Police Operations Room received a report stating that there was a bicycle accident in the sandy areas of the Liwa desert.