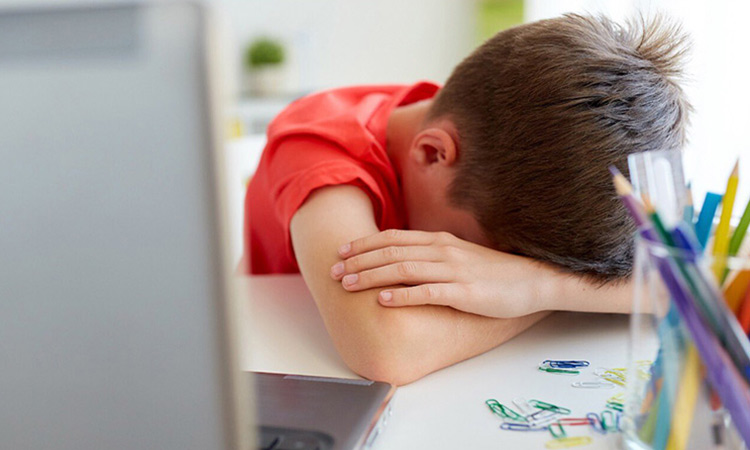 The photo has been used for illustrative purpose

Abu Dhabi Police urged parents to track their children’s online activities during the setup of virtual groups on WhatsApp and other social media platforms.

The Police explained that the student groups were created with the aim of studying remotely, but they often deviate from their main goal and get into altercations, which are unacceptable.

These groups often indulge in bullying towards their colleagues to the extent that they reached verbal violence and often use of illicit words against public decency, which affect the mental health of some children.

Awareness is our medicine until we find a cure SMC Chairman

The Police urged parents to double the supervision of their children, especially during the current period, which requires adherence to the precautionary measures to confront the coronavirus.

The Police advised that parents should monitor and protect their children and that they should not fall prey of extortion and abuse via the Internet.

Brigadier General Mohammed Suhail Al Rashidi, Director of Criminal Security at the Abu Dhabi Police, called for the necessity of strengthening the efforts to protect children from the dangers of cyberbullying, and informing them of the steps to report these cases with the help of their families.

The police said that the most important thing is their care and protection from verbal, physical and moral violence, which should not be neglected.

He emphasised the interest of the Abu Dhabi Police in protecting the children by preparing educational programs, initiatives and lectures to support victims of bullying, addressing the feeling of the loss of confidence, feelings of guilt and anxiety, increasing aggression and rehabilitating them through psychological and social specialists.

Brigadier Omran Ahmed Al Mazroui, Director of the Criminal Investigations Directorate, warned of the dangers of electronic bullying, pointing to the necessity of activating the role of the family and raising children in healthy conditions away from violence and enhancing self-confidence.

He urged parents to build friendship with their children from a young age, communicate with them and follow up on their different behaviour patterns.