The Minister's statements came as he participated Thursday in the mini-ministerial conference of the Global Coalition against Daesh, which was convened virtually in the presence of representatives of 30 countries.

He stressed the importance of holding the meeting at such a critical time when Daesh is opportunistically taking advantage of the entire world’s involvement in the fight against the COVID-19 pandemic to regroup.

UAE sends medical aid to Cuba in fight against COVID-19

He provided an overview of the UAE’s efforts within the Global Coalition against Daesh, re-affirming the country’s full commitment to international cooperation against terrorism and extremism.

He hailed the formation of the new Iraqi Government under Prime Minister Mustafa Al-Kadhimi, noting the UAE’s support for all efforts to increase security, stability, and prosperity for Iraq and its people.

"As we celebrate today the formation of the new Iraqi Government, we underscore the necessity of continuing the Coalition’s efforts in Iraq in order to avert the possibility of Daesh re-grouping and re-organising its terrorist ranks," he added.

He added that the UAE would continue exerting all efforts in its capacity as a co-leader of the Stabilisation Task Force alongside Germany and the United States as part of continued efforts to restore stability to Iraq and its cities.

The Minister also shed light on efforts to increase stability in liberated areas of Syria and Iraq.

"The UAE has long been aware of the fact that the threat posed by Daesh requires a multi-faceted strategy and a firm commitment. It is this robust coordination between us that has rendered successful our efforts to obstruct the terrorist group's threats at the international level," said Gargash.

He affirmed the possibility of sustaining Coalition efforts to tirelessly pursue Daesh's remnants in Iraq and Syria and to remain at the highest status of alert against the terrorist organisation in West Africa and the Sahel region of Africa, especially as the world confronts COVID-19.

Gargash highlighted the UAE's 30 million euro support for the Coalition's five countries in furtherance of their counterterrorism and anti-transnational organised crime efforts in the Sahel.

He also reiterated the UAE's categorical rejection of interference in the sovereign affairs of Arab countries, noting that such meddling is likely to endanger the remarkable progress achieved against Daesh. 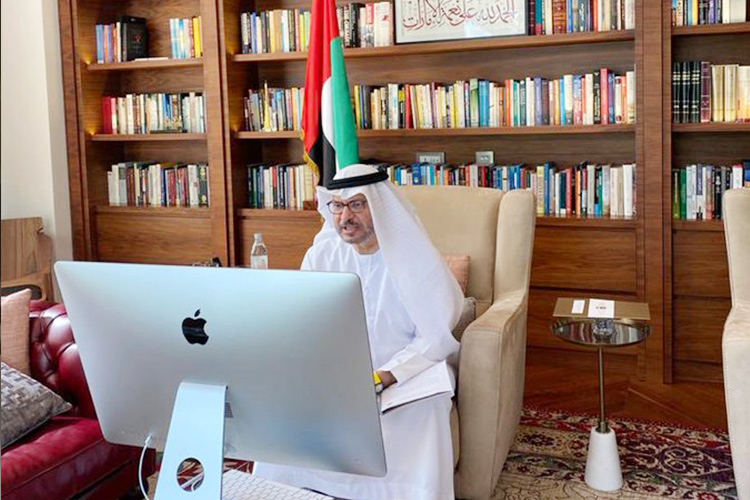 Gargash also affirmed that the UAE has exerted significant effort to strengthen and develop institutional human rights frameworks. As such, the process of preparing the national plan reflects the UAE’s commitment to promoting human rights in the UAE in line with national policies, plans, and strategies as part of UAE Vision 2021. 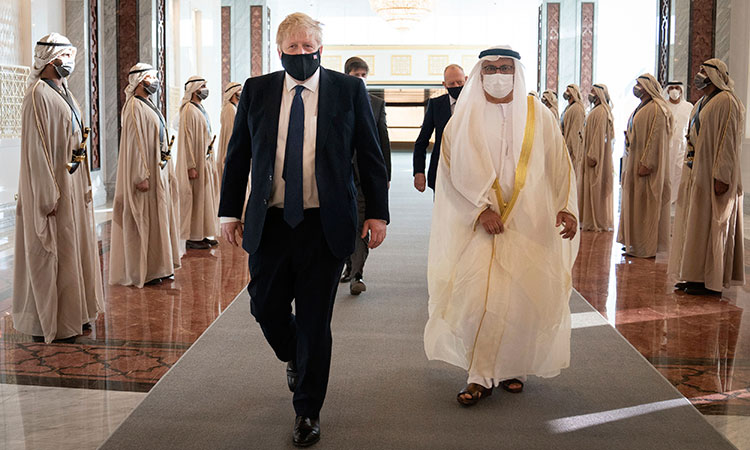 Johnson arrived in Abu Dhabi for talks with Crown Prince Mohammed Bin Zayed and was then due to fly to Riyadh as the West seeks to end its dependency on Russian oil following the invasion of Ukraine.