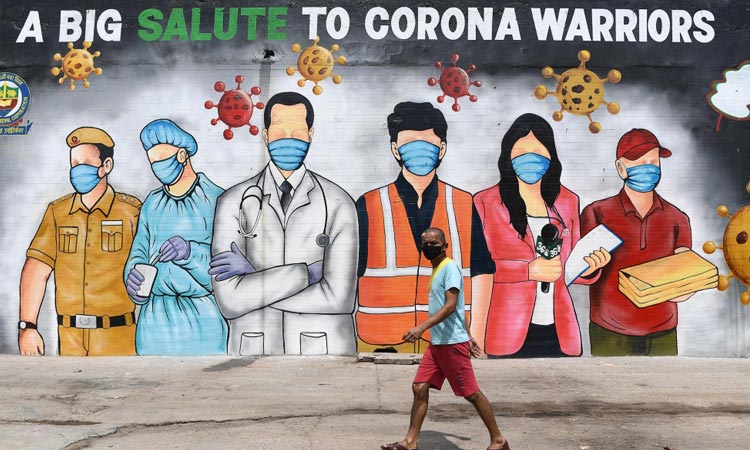 A man walks past a mural on a garbage dump reading 'a big salute to corona warriors' in New Delhi. AFP

The International Council of Nurses (ICN) is again calling on governments to record the number of infections and deaths among healthcare staff, and take whatever measures are needed to protect nurses from COVID-19.

Worldwide, there is no systematic and standardised record of the number of nurses and healthcare workers, HCWs, who have contracted the disease or died from it. 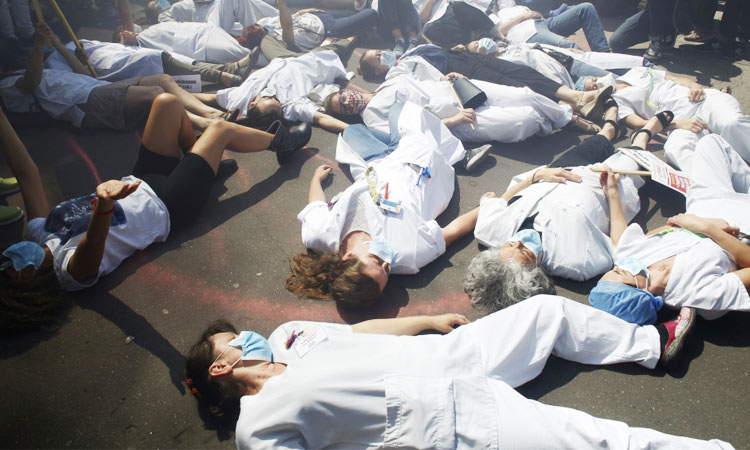 Medical staff lie down on the floor as they demonstrate at the Robert Debre hospital in Paris. AP

But ICN’s analysis, based on data from our National Nursing Associations, official figures and media reports from a limited number of countries, indicates that more than 230,000 HCWs have contracted the disease, and more than 600 nurses have now died from the virus.

ICN CEO Howard Catton said: "For weeks now we have been asking for data about infections and deaths among nurses to be collected. We need a central database of reliable, standardised, comparable data on all infections, periods of quarantine and deaths that are directly or indirectly related COVID-19. Countries need clear reporting and monitoring mechanisms, and they should also include incidents of psychological, sexual and physical violence against healthcare workers. ''

''Without this data we do not know the true cost of COVID-19, and that will make us less able to tackle other pandemics in the future," he added. 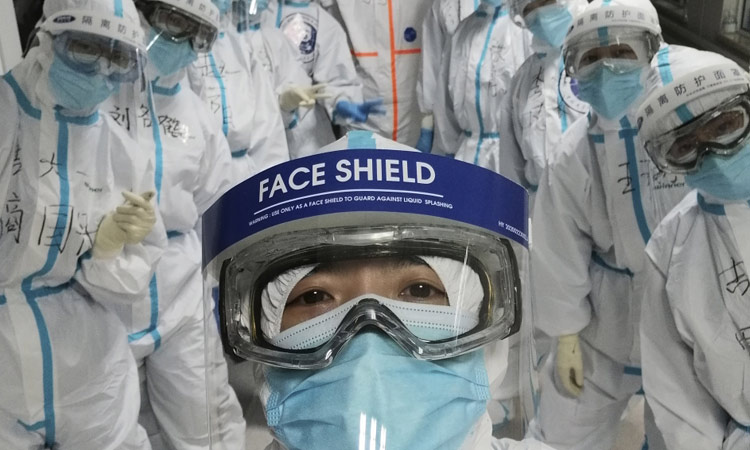 Chinese nurse Zhang Dan poses for a photo with colleagues at the Wuhan Pulmonary Hospital. AP

ICN’s analysis shows that on average 7 percent of all COVID-19 cases worldwide are among HCWs, which means that nurses and other staff are at great personal risk, and so are the patients they care for.

Extrapolating ICN’s 7 percent figure to cover all the world’s countries means that around 450,000 of the world’s over six million cases could be among HCWs.

The proportion of infected people who are HCWs varies widely between countries. However, many countries are not recording this data, which makes meaningful international comparisons extremely challenging.

The figures, although partial and preliminary, raise a number of questions that could be answered if all countries kept comprehensive standardised data, and if these were collated centrally on a global scale.

ICN Chief Executive Officer Howard Catton said: "Nursing is looking like one of the most dangerous jobs in the world at the moment. We need to get this data for every country and work out exactly what is going on that explains the variations that are evident with even a cursory glance at the figures. Only then will we be able to learn how best to keep our nurses safe and prevent any repeat of these terrible statistics in the future."